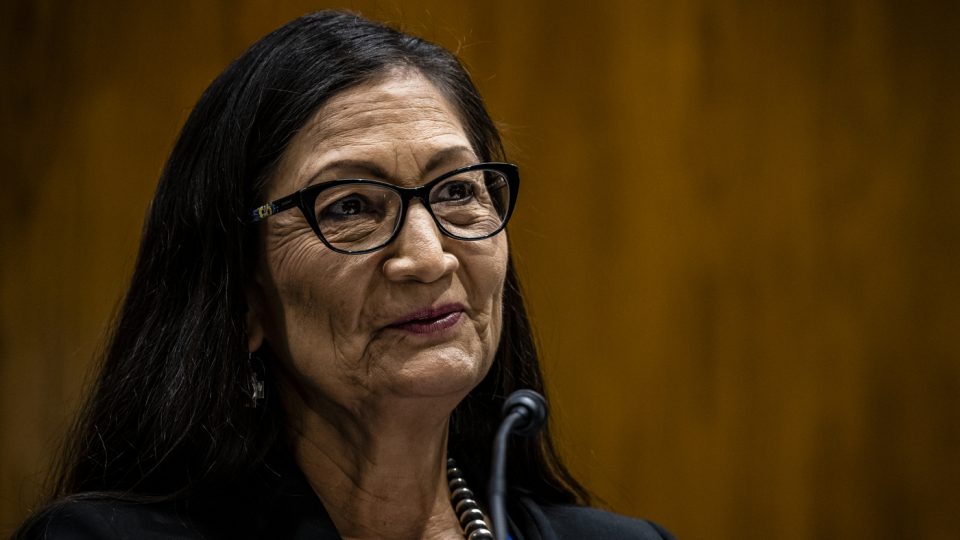 Interior Secretary Deb Haaland will speak with survivors of Native American boarding schools as part of a tour called “The Road to Healing.” Her department found that between 1819 and 1969, the federal government operated or supported more than 400 schools.

Interior Secretary Deb Haaland will speak with survivors of Native American boarding schools as part of a tour called “The Road to Healing.” Her department found that between 1819 and 1969, the federal government operated or supported more than 400 schools.

The Interior Department found that the U.S. operated or actively supported more than 400 American Indian boarding schools between 1819 and 1969 – a history that affects the agency’s own leader.

Secretary Deb Haaland, the first Native American to serve as a Cabinet secretary, tells NPR’s All Things Considered that she had grandparents who were taken from their homes and placed in these schools.

“[Those are] formidable years in a child’s life,” she says. “It’s devastating. It’s important that our country realizes and understands this history because I think it’s important for every single American to know what happened.”

The department’s findings came after an investigation into these schools and the role the federal government played in sustaining them.

Much like in Canada, Native children who attended these schools were forcibly taken from their families to be “assimilated,” as it was described at the time.

U.S. officials identified at least 53 schools with marked or unmarked burial sites with the remains of children who died there.

In an effort to confront this history, Haaland says she plans to meet with boarding school survivors across the country in a tour called “The Road to Healing.”

“I always enjoy visiting with people in Indian Country. We’re all relatives,” she says. “Above all, I just need to hear those stories myself.”

This interview has been edited and condensed for clarity.

On why this is the first documentation by the U.S. government on the prevalence of Indian boarding schools:

Perhaps part of it stems from the fact that we haven’t had a lot of Native American leadership in our country. Representation matters. And that’s one of the reasons why I felt it was important for me to raise this issue.

On the lingering effects of these boarding schools on Indigenous communities:

There are current impacts in drug addiction and poverty and the lack of economic development, and health disparities. When people are invisible, you don’t have to pay attention. We should care about every single community in this country. So bringing all of these things to light; it will make us become a better country.

On the idea that bringing up painful history is divisive:

These are real people, and these are their lives. I think it’s important that we heal as a country. Everyone’s experience in the boarding school system, whether they’re a survivor or a descendant, that pain is real. And it’s incumbent on me to ensure that I am paying attention to that and that I am doing all I can to make sure that we can heal and get people past that pain.