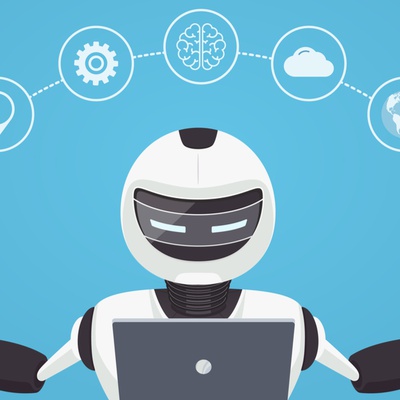 Federal agencies are under administration mandate and internal pushes to automate menial workflows using robotic process automation, or RPA. While the task might sound daunting to anyone without a technical background, an RPA Community of Interest is poised to show you how it’s done.

The governmentwide RPA Community of Interest, launched in May, includes more than 600 members from more than 50 agencies, according to Gerard Badorrek, the group’s executive sponsor and acting chairman. Although he’s leading one of the most widespread automation efforts in government, Badorrek does not hold any IT degrees or claim to have significant technological experience. Badorrek is the General Services Administration’s chief financial officer—exactly the type of position you want leading an RPA effort, he said.

“Budgets get squeezed across government and everyone is asked to do more with fewer resources,” Badorrek told Nextgov in an interview. “So, it’s a natural fit for the CFOs. Part of the goal of CFOs is to add value—it’s not just reporting or budget solutions.”

While many think of automation as an IT function, Badorrek argued that process is the real area to focus on.

“This is not just a technology play, when you think about what has to happen,” he said. “You have to pick the right processes you want to automate, you have to document them, you have to reengineer those processes. … The coding is not actually that challenging.”

To prove this point, Badorrek’s office put out the call for interested employees who wanted to learn how to create bots despite having no prior technical skills. Some 50 people volunteered to try the training program, 12 of whom were chosen to participate in the first round. After a few weeks of training, six feds from the initial cohort are now working on RPA projects full time, building bots and supporting the Community of Interest.

“It’s been a great experience because within the CFO organization, we have more core technical talent and we have the ability to do programs—so we had individuals with good aptitude and they picked this up very quickly,” Badorrek said.

Those employees are “working hand-in-hand” with RPA programs across the agency, an official confirmed, however, GSA was not able to confirm whether those employees were reassigned with new job titles or merely working on new projects from their old positions.

Although the bots have to be programmed, Badorrek said coding bots is not really a core function of the IT department within agencies.

“You don’t go to IT to help you write an Excel program. That’s really what this software is like,” he said.

That said, the backbone of the work—including the infrastructure and platform used to develop the bots—are developed, managed and secured by GSA’s IT office. The employees with new RPA skills supported by the IT department’s platforms have been brought together to create the RPA Factory, where GSA programs can offer processes to potentially be automated and the pipeline does the rest.

“The factory is a partnership with IT. The day-to-day stuff on process optimization and coding is managed by us, but then we have a process where IT signs off before we implement the process,” Badorrek explained. That partnership also comes into play when IT is already working on an issue and might have a solution on the way.

“When you think about things that are important in process automation, it’s finding the right process and reengineering it,” he said. “A lot of this is falling on the business owner. And the coding, I think, someday, will be like working in Excel. So, solving the platform challenges and privacy, you have to work with IT. But the actual implementation of specific opportunities is best handled by those closest to the business.”

With the focus on business missions, Badorrek likened GSA’s bot development to making a sale.

“They’re signing up to do this bot development and you have to do marketing—you can get them excited about it—but having them sign the piece of paper that says, ‘This is the automation that we want,’ and having that agreement and outlining the basic process is really like the sales process. In the private sector, there are sales pipelines, where you look at a bunch of opportunities and try to convert them. In our case, the deal is the signed assessment form, which is the contract to do the work.”

Badorrek noted this sales-like process is a more mature state for an RPA factory like GSA’s. Other agencies might not have the infrastructure set up to sell the automation process, but the Community of Interest can help there, he said.

The team is currently working on an RPA Playbook that will outline how GSA established its factory and how the rest of government can follow. Badorrek said the community is putting the final touches on that playbook, which he expects to be able to release before the end of the year.

While the Community of Interest is led by a CFO, the broader group certainly leans toward tech. Badorrek’s co-executive sponsor is Anil Cheriyan, director of GSA’s Technology Transformation Service, which houses groups like 18F and FedRAMP. Of the 24 area leads representing agencies across government, 10 are focused specifically on technology issues. Of the remaining 14, five work in IT-related fields, such as data analytics.

That said, there are many non-technical folks leading the group, including other CFOs.

“What you have to think about is: Do you want every one of your functions doing their own thing?” Badorrek said, framing the whole effort. “I think with CFOs, they’ve seen the potential of RPA and they stepped forward.”