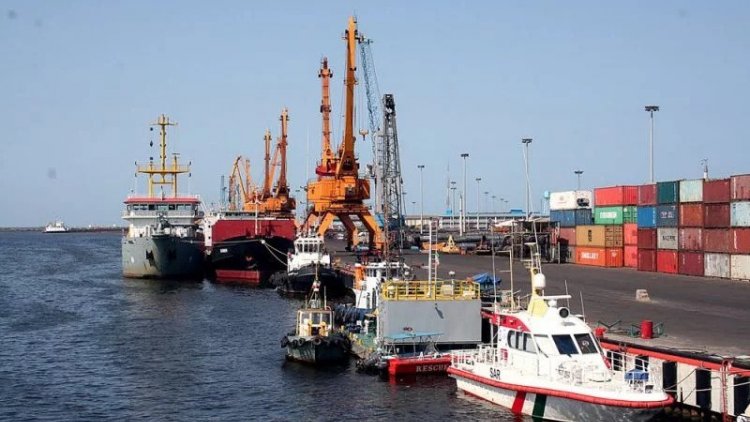 More than 1 million tons of goods were loaded and unloaded in Gilan Province’s Anzali Port during the current Iranian year’s first eight months (March 21-Nov. 21), registering a 12.7% growth in throughput compared with the corresponding period of last year, the Ports and Maritime Organization of Iran announced.
Different kinds of grains, essential goods, vegetable oils, metals, agricultural products, minerals, construction materials, glass, tiles and ceramics, chemicals, wood and particle boards, paper, cardboard and containers accounted for the lion’s share of the throughput.
According to the PMO report, more than 17,000 tons of goods were transited from Anzali Port to the Eurasian Economic Union’s member states during the period, indicating a 93.4% rise year-on-year.
EEU states include Russia, Kazakhstan, Armenia, Belarus and Kyrgyzstan.
Container throughput stood at 3,639 TEUs during the period, registering a 2.5% rise YOY.
With 17 wharfs and an annual loading and unloading capacity of 10 million tons of commodities, Anzali Port is Iran’s biggest port that was officially launched in 2005.
As the only free zone in the southern part of Caspian Sea and the economic hub of Iran with an area of 9,400 hectares and a 40-km shoreline, Anzali is located in the northern Gilan Province.
In addition to the legal incentives of free zones such as tax exemption for 20 years, plus customs duties and value-added exemptions, the FTZ boasts special advantages, as it is located along the International North–South Transport Corridor, according to its website.
The strategic location of the FTZ also allows easy access to populous markets of Caucasian and Central Asian countries. It is also home to Anzali Free Zone Mercantile Exchange and Anzali Port.
INSTC is a 7,200-km-long multimodal network of ship, rail and road routes for moving freight among India, Iran, Afghanistan, Armenia, Azerbaijan, Russia, Central Asia and Europe. The route primarily involves moving freight from India, Iran, Azerbaijan and Russia via ship, rail and road. The objective of the corridor is to increase trade connectivity between major cities such as Mumbai, Moscow, Tehran, Baku, Bandar Abbas, Astrakhan and Bandar Anzali. Dry runs of two routes were conducted in 2014, the first was Mumbai to Baku via Bandar Abbas and the second was Mumbai to Astrakhan via Bandar Abbas, Tehran and Bandar Anzali.
The objective of the study was to identify and address key bottlenecks. The results showed transport costs were reduced by $2,500 per 15 tons of cargo. Other routes under consideration pass through Kazakhstan and Turkmenistan.

Refrigerated goods from Japan to Europe by rail and sea | News