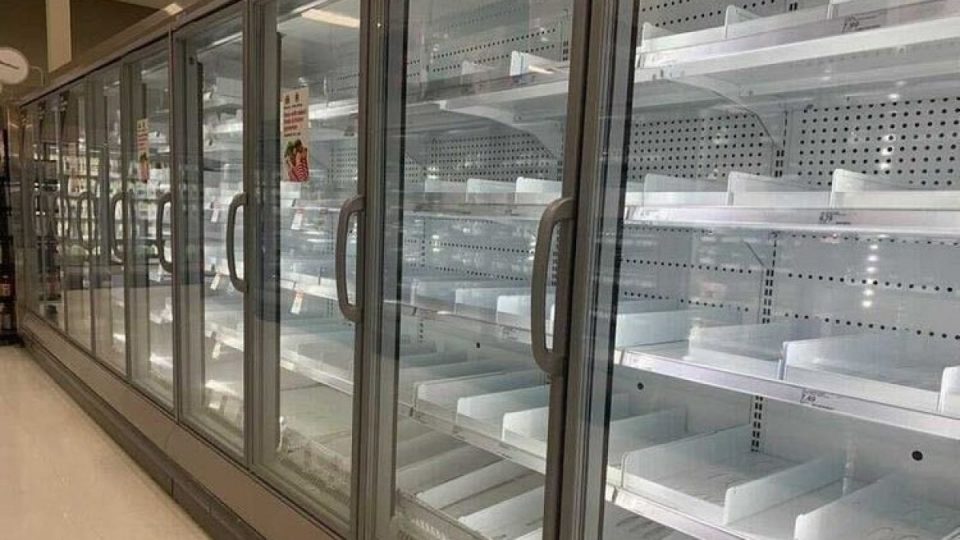 From water to electricity and now grocery stores, many are still dealing with the fallout from the winter storms.

Some grocery stores still aren’t full as trucks are working to deliver what was lost.

The good news this week is that industry leaders say we should see shelves across the state return to normal by the end of this week while the supply chain continues to sort itself out.

But it’s still a struggle for some shoppers.

Take a look at these pictures taken Monday night of empty aisles at a Target in Dallas.

Gary Huddleston, grocery industry consultant for the Texas Retailers Association, said power outages at both grocery stores and distribution centers were the main culprit behind the supply chain disruption, not just the icy roads.

“I think we’ve had enough historical events to last us a little while,” he said, praising the grocery store and food warehouse workers for their hard work over the last week, after months of working through the pandemic.

“We want to be extremely appreciative to our employees,” Huddleston said.

Once the winter weather struck Texas and the power outages began, many stores and warehouses were forced to throw out perishables due to safety guidelines on food products.

“Our food retailers are having to go through their own product, they’ve already done that and disposed of a lot of product. That’s just part of doing business,” Huddleston said.

Some stores experiencing outages – more notably one H-E-B store in central Texas – even resorted to quickly giving food away to families during desperate times in the middle of the winter storm. Other stores handed out fresh flowers to customers waiting in line.

Huddleston said the power outages also forced stores to close and that didn’t give them the option to restock. Some distribution centers had generators, but it only carried them so far.

“We just ask customers to have some patience, it may take a while to catch back up,” Huddleston said.

The chain of events during the winter storm is now setting up the Texas Retailers Association to plan ahead for the future.

Huddleston said looking forward, they want to make sure grocery stores and distribution centers are moved higher on the priority list when it comes to electricity so that the supply chain never sees a nightmare like this again.

“We have to do a better job of lobbying ERCOT and the government to make grocery stores higher on the list of getting the power back on,” he said. “Obviously hospitals, fire, police – they need to have the power on. But shortly under that list, we believe should be grocery stores in large distribution centers so that we can get product to the store for the customer.”

Texas grocery giant H-E-B said right now, trucks are moving like the wind. Normally they run 1,000 trucks per day throughout their 400 stores but there are currently over 1,500 on the road.

The TRA said this week grocers are continuing to focus on key shipments of high-demand items like water, meat, milk and eggs. That’s why freezer aisles — with items on a lower priority — are more commonly empty right now.

“Retailers are having to balance what gets shipped from the warehouse. A lot of places have boil water notices so they’re shipping a lot of bottled water. They have to make a decision, to ship bottled water or produce? And balancing that out,” said Huddleston. “Frozen food is probably a little lower [priority] because you have to have a special trailer to ship the frozen food so that creates some logistics issues.”

Gov. Greg Abbott’s order to waive weight restrictions on trucks is also still in effect right now, allowing food deliveries to continue operating at a high volume all across the state until the supply chain crisis is over.