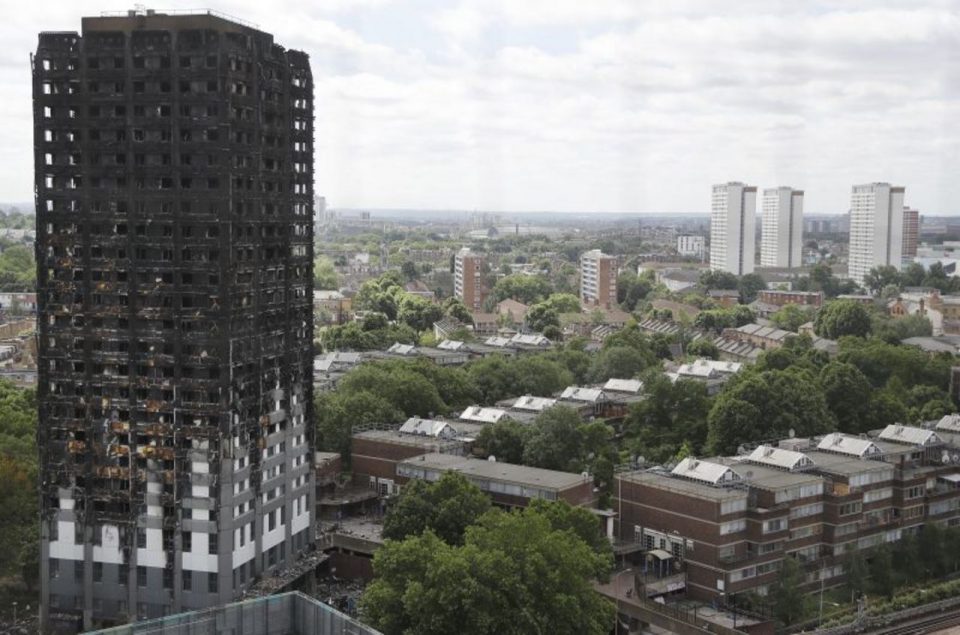 The Kensington and Chelsea Tenant Management Organisation (KCTMO) rejected the services of a “client design advisor” to save some £30,000 on the £8.4 million refurbishment of Grenfell Tower.

KCTMO, an arms-length organisation, ran Grenfell Tower on behalf of the local Conservative-run Royal Borough of Kensington and Chelsea council (RBKC). The 2014-16 refurbishment, including enveloping the tower in flammable cladding, turned the building into a death trap.

The testimony heard by the Grenfell Inquiry last week followed that of John Hoban, senior building control surveyor for RBKC. He testified that the council slashed his department from 12 members to four or five in a September 2013 restructuring—which frequently left him working on 130 projects at once.

Hoban’s boss, council manager John Allen, was questioned last Monday regarding the staff cuts and the atmosphere of his department. He rejected any notion that a check by another person other than Hoban was required on plans and documents, after it emerged that Hoban had failed to read product specification documents for the Celotex insulation used on the tower or the Reynobond aluminium composite material cladding. Allen stated, “Just a single building control surveyor would be inspecting the works on site and checking the plans, it’s not usual in any place I have worked to have a second check.”

Allen cited a £500,000 loss made by the department’s building regulations account in 2012 as unsustainable, and said several staff took voluntary redundancy. Competition with the private market in building control had diminished the amount of work done by the local authority.

Allen’s account came under attack from three employees at Artelia, the construction consultant advising the KCTMO. Project director Simon Cash recounted how the RBKC, which had earlier given responsibility for major works to the KCTMO, had used “decisive influence” to remove the original contractor for Grenfell Tower.

Organized by the Educators Rank and File Safety Committee

Laura Johnson, RBKC’s housing director, became disenchanted with Grenfell refurbishment contract bidder Leadbitter when it said the project would cost £1.2 million more than budgeted for. KCTMO director of assets Peter Maddison was overruled by Johnson, who wanted the project re-tendered to save money. She changed the project’s main priority from sticking to schedule to “value for money.”

Cash spoke about how the contract was re-tendered. Rydon submitted the lowest bid at £9.25 million, still above the rock-bottom budget of £8.4 million set by the TMO but below the £10.05 million originally estimated by consultants Artelia. The inquiry had previously learned how Maddison’s long relationship with Steve Blake, of the main contractor Rydon, greased the proceedings, with Blake emailing that he had been “informally advised we are in pole position—ours to lose.” Cash testified that this alone should have “voided the tender process” because it came before the end of the competition and prior to interviews.

Artelia had considered discussing the need to cut costs with Rydon before the awarding of the contract but received legal advice that this would be in breach of European Union regulations. Instead, Cash had proposed “an offline discussion” to find savings before the contract was finalised. The TMO had asked Rydon directly to find £800,000 in savings before they were hired. This breached the legal advice, which Cash called “irregular and improper.”

Cash agreed with the words of Inquiry lawyer Richard Millett QC that he had been “strong-armed” by Peter Maddison to remove criticism of KCTMO’s management from a report examining the stalling of the refurbishment in spring 2013.

Artelia project manager, Philip Booth, recalled how the firm drew up a proposed agreement to act as design advisor, which would have allowed the company to check the numerous changes diverting from contractors’ original plans. Early in 2014, Claire Williams, TMO project manager for the Grenfell works, asked Artelia for a proposal which could ensure fire safety rules, British and European standards, and “all statutory and planning requirements” were met. Artelia recommended the appointment of Richmal Hardinge, an architect with 15 years’ experience. But the proposal was rejected, saving the TMO all of £30,000.

As Booth explained, “The TMO’s budget, as you can clearly see, was a consideration on this project and they didn’t want to incur the additional fees.” When asked if Williams had expressly mentioned incurring the “additional fees,” Booth replied, “Well, yes, they were very much about: do we need this role, you know, it’s 30 grand or whatever it was.”

An email from Williams said she did not think the proposal would “particularly apply to cladding,” which was “designed under guarantee.” However, Booth claimed this was in contradiction with the advice he had given her. “I think,” he said, “she was reassured that there were specialist cladding designers coming in and there were warranties which related to the products. I said yes, but you will need to sign it off.”

Booth’s successor as employer’s agent for design consultant Artelia, Neil Reed, described last Thursday the enormous number of questions and changes that came from Williams and the KCTMO. No doubt still seeking ways of cutting £800,000 from the project, she had sent Reed a surprising volume of inappropriate design questions. Saying he was surprised by the number of design changes requested, he observed, “There appeared to be significant ongoing change which would be quite unusual in month nine of a construction project.” Reed denied that this had raised safety issues in his thinking.

The Inquiry continues at its glacier-like pace, even after the government has voted to reject an amendment that would have required it to implement the recommendations of the first phase of the inquiry. Research by the Labour Party published last week found that removing unsafe cladding from all affected buildings will take until 2029 at the current rate—12 years after the Grenfell inferno that took 72 lives. Social housing blocks, over the last six months, have been fixed at the rate of just over two per month. Privately owned towers are being fixed at a rate of 1.2 per month.

All those seeking justice for the social murder committed at Grenfell should consider the implications of a US court ruling last month, rejecting a Grenfell survivors’ lawsuit against corporations involved in the fire. Survivors and bereaved families brought the case for civil damages against Arconic and Saint Gobain, the companies responsible for the cladding and insulation, and Whirlpool, which supplied the fridge that caught fire, with the entire building being engulfed within minutes.

A court in Pennsylvania rejected the lawsuit against Arconic and Whirlpool, ruling that it should properly be heard in Britain. The case against Saint Gobain, the parent company of Celotex, had already been dropped in May.

Inside Housing cited the response of Arconic, who were delighted with events: “The US Court has determined that the UK, and not the US, is the appropriate place for plaintiffs to bring their case relating to the Grenfell Tower fire. We express our deepest sympathy to anyone affected by the tragedy and continue to offer our full support to the authorities as the UK inquiry and Metropolitan Police investigation continue.”

There is some truth that the guilty parties should be prosecuted in the UK, where the crimes took place. The US case was taken out by the Grenfell community on the basis that prosecutions were not being brought by the Metropolitan Police in Britain and, as the Met has made clear, may never be brought. Not a single arrest has ever been made nor anyone ever charged with any crime. The Met’s position is that their own Grenfell “investigation” is essentially mothballed until the end of the inquiry, which could take years to complete.

‘Farmers like me need greater certainty so that we can keep not only our corn getting sold, but the ethanol...