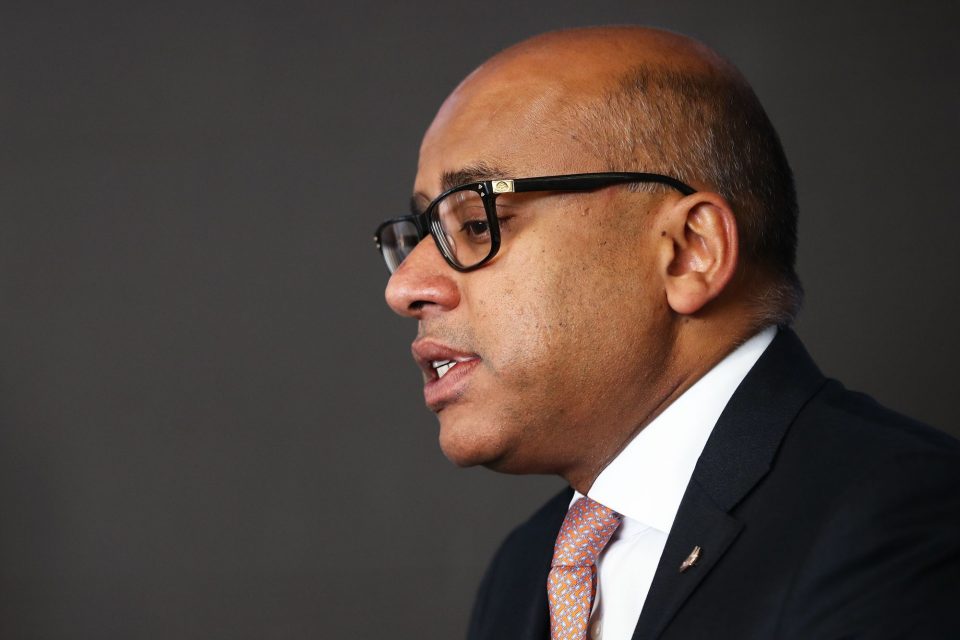 (Bloomberg) — Lex Greensill’s multi-billion dollar empire was left reeling after it lost a key source of funding and his biggest backer signaled doubts about the value of his namesake trade finance business.

Credit Suisse Group AG on Monday froze a group of supply-chain-finance funds that it ran with help of the financier, citing “considerable uncertainty” about the valuations of some of the holdings. The funds combined held about $10 billion in assets, most of it in Greensill-sourced securities.

Separately, SoftBank Group Corp.’s Vision Fund has substantially written down its $1.5 billion holding in Greensill Capital, and is considering dropping the valuation to close to zero, according to people familiar with the matter. The writedown occurred at the end of last year, said one person.

The double whammy caps almost three years of trouble for Greensill Capital, a startup lender aiming to disrupt a niche part of global finance. Greensill-linked financings played a role in the demise of a former star bond manager at GAM Holding AG in 2018. Things took a turn for the worse last year when Germany’s banking regulator BaFin pressured the financier’s lender to reduce concentration risks on its balance sheet.

In each case, Greensill’s exposure to U.K. industrialist Sanjeev Gupta — an early client of his trade finance firm — played a key role.

For Credit Suisse, the decision to suspend the funds adds to a series of hits to the bank, which is still recovering from a damaging spying scandal a year ago. Since then, new Chief Executive Officer Thomas Gottstein has had to contend with legal charges related to mortgage-backed securities in the U.S. and a writedown on a hedge fund investment. The bank was also left staring at steep losses, along with other lenders, when the stock of Luckin coffee imploded in an accounting fraud.

Switzerland’s second-largest bank had been looking at ways to reduce its ties to Greensill, people familiar with the matter said earlier Monday. Credit Suisse is considering winding down the investments packaged by Greensill, replacing the firm as the main source for the assets, or moving loans to firms linked to Gupta out of its supply-chain finance funds, the people said, asking for anonymity because a decision hasn’t been made yet.

“Greensill acknowledges the decision by Credit Suisse to temporarily gate the two Supply Chain Finance Funds dealing in Greensill-sourced assets,” a spokesperson for the firm said by email. “We remain in advanced talks with potential outside investors in our company and hope to be able to update further on that process imminently.”

The funds are crucial to Greensill’s business, who relies on them along with his German bank to buy financings that Greensill Capital arranges. After an internal review last year, Credit Suisse overhauled the funds’ investment guidelines to limit how much exposure they can have to a single borrower.

In Germany, meanwhile, BaFin has been pressuring Greensill Bank to reduce the concentration of assets linked to Gupta, Bloomberg reported in August. The bank is now seeking to raise money and cut its exposure to companies linked to the U.K. industrialist, people familiar with the matter have said.

In October, the firm had been considering a capital raising that would have valued it at $7 billion. At the time, when its banking arm was facing regulatory scrutiny and clients had hit financial difficulties, the firm said that the fund-raising would help boost growth. More recently, the firm was in talks with Apollo Global Management on a multi-billion dollar financing deal that would give the supply chain financer more headroom, Sky News reported last month.

It’s unclear how much of the Credit Suisse supply-chain finance funds are currently tied up with Gupta.

Securities linked to Gupta and arranged by Greensill were among investments at the center of a 2018 crisis at GAM that brought down star trader Tim Haywood. While assets managed in GAM’s supply-chain finance funds were relatively short-term, it took almost a year to liquidate some longer-term loans to Gupta.

Credit Suisse is the latest firm to suspend or freeze funds related to hard-to-value or illiquid investments. Famed U.K. stock picker Neil Woodford ploughed large amounts into unlisted or thinly-traded companies and was forced to freeze his funds to allow for an orderly liquidation. H20 Asset Management also had to freeze funds under pressure from the French regulator because of illiquid investments tied to German financier Lars Windhorst.