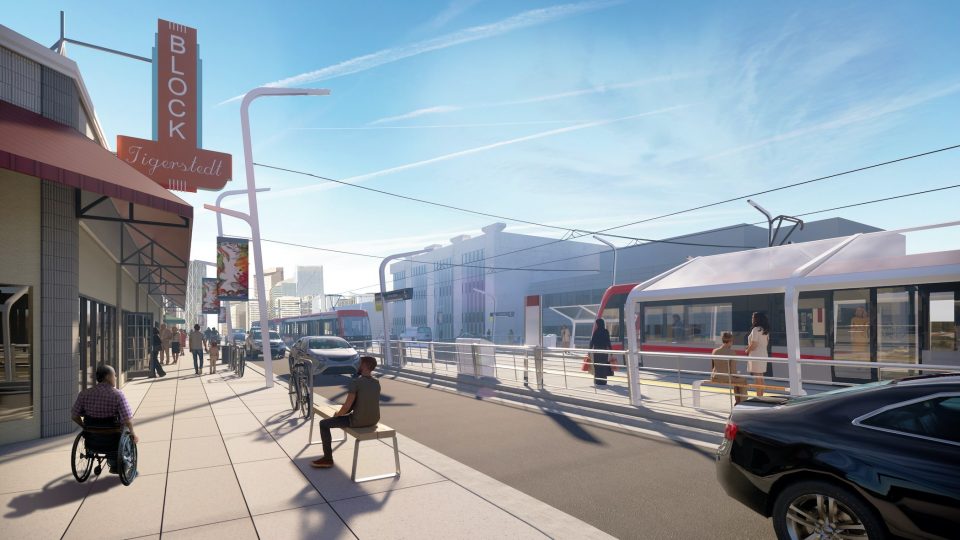 Calgary will pause procurement on the $5 billion Green Line as it awaits word from the province on their review process.

Roughly 4,000 stakeholders, including RFP participants, Calgary community associations and Business Improvement Areas (BIAs) were expected to get the word of the delay via letter sent Wednesday evening, LiveWire Calgary has learned.

It comes a day after Calgary Mayor Naheed Nenshi made a curious comment after a closed session of Calgary’s combined meeting of council late Tuesday night.

(Because the information was shared in closed session, it wasn’t made public.)

Potential contracts for Calgary’s largest-ever infrastructure project will be paused because, “It would be irresponsible for the city to move forward with the procurement process, as we haven’t gotten assurances from the provincial government that they are committed to the project,” according to information received by LiveWire Calgary.

The pause is expected to be for three months. It has also been speculated that the city also didn’t receive enough interest in the RFP process due to the uncertainty with the province’s support.

Last week, Coun. Shane Keating, Alberta Transportation Minister Ric McIver and Mayor Nenshi were engaged in a spat over the province’s ongoing review of the Calgary transit project. While the province reiterated their financial support in October, they outlined some concerns.

The RFP went out in July and the mayor expected that a selection would be made early in 2021, with work to begin in the fall.

Any delay ‘solely on the provincial shoulders’: Coun. Keating

Coun. Shane Keating, chair of Calgary’s Green Line committee, refused to verify any of the details LiveWire Calgary is reporting.

Keating did say he’s still hopeful shovels can get into the ground in 2021.

“I mean, all I can say is, any stoppage or any delay in the Green Line is solely on the provincial shoulders,” he said.

Keating reluctantly acknowledged that there’s a chance the project may not start on time – even in 2021. He remained optimistic.

“From everything I hear now, they’re (the province) much more in a sharing mode than they have been up until now,” he said.

LiveWire Calgary has requested – twice – telephone interviews on the Green Line file with Alberta Transportation Minister Ric McIver. Our requests have not been acknowledged. Typically, the Alberta government responds promptly to our media inquiries.

UPDATE: The City of Calgary released a distribution confirming the Green Line information.

“After significant engagement with the provincial government, The City has made the decision to pause the segment 1 procurement schedule to provide time to conclude the work with the province,” it read.

“We do not believe it is responsible to continue with the current procurement while discussions with the province are evolving.”

Transit advocate LRT on the Green said last week they were concerned the delayed review was another provincial tactic to pause Green Line construction.

“I’m disappointed that the concerns we raised last week now appear to be confirmed,” said Jeff Binks, president of LRTOG.

“We’re left to wonder why it took the provincial government until the week before Christmas to identify the issues they had with a plan that was approved in June. The tens of thousands of people hoping to get a job building Green Line are now going to have to wait a bit longer and they deserve to know why.”