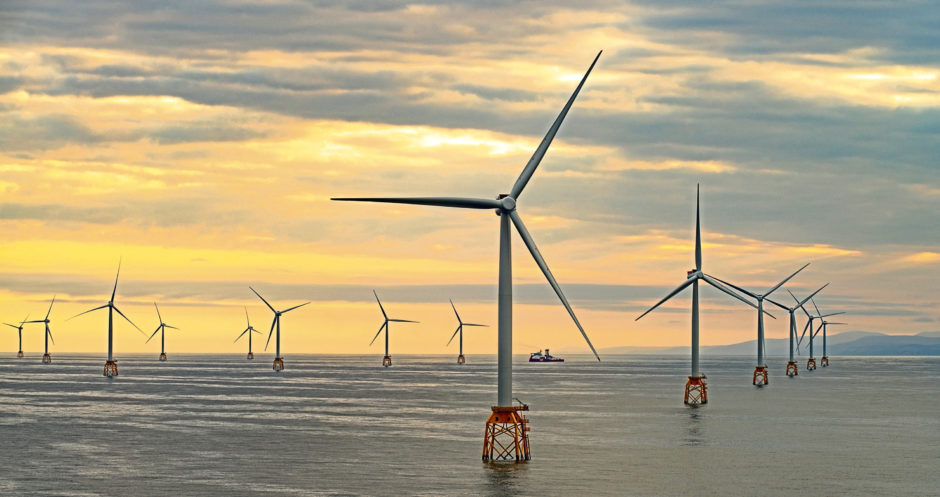 Plans to ensure that offshore wind farm developers create more local jobs could lead Scotland to miss its climate change targets, it has been said.

The bosses of SSE Renewables, based in Perth – which build the largest wind farm in Scotland off the coast of Angus – denounced new measures to promote “indigenous” companies, arguing that they could put the Scottish “disadvantaged” renewable energy projects.

An SSE spokesperson said: “We believe it is essential that such proposals maintain a level playing field across the UK so that Scottish projects are not disadvantaged in future auction rounds competitive, exposing Scotland to the risk of missing its climate change targets. “

There is growing concern that Scottish workers are missing out on the work created by the renewable energy sector, particularly after a large number of layoffs at BiFab’s Arnish yard in Fife.

Unions have expressed concern that the work created by the Seagreen project, worth £ 5 billion, is largely destined for foreign companies.

Economy Secretary Derek Mackay announced earlier this week that he intends to have renewable energy companies “agree on supply chain commitments” before being awarded a lease to produce offshore wind power.

It is feared that this could hamper projects based in Scotland when they compete for vital British government contracts guaranteeing electricity prices.

Without these UK government agreements, known as the Contract for the Difference, most renewable energy projects are not commercially viable.

The spokesperson said: “Seagreen is the only Scottish offshore wind project to have been successful in the UK Contract for Difference (CfD) competitive award cycle, and in line with our commitments for this contract, we have prepared a detailed supply chain plan which has been approved by the UK government.

He defended the company’s commitment to ensuring that local businesses benefit from the Seagreen project.

He said: “We are committed to maximizing Scottish and British content during the construction and operation of the Seagreen offshore wind farm and our appointment this week of Aberdeen-based Petrofac as preferred supplier of onshore and offshore substations offshore for the 1,075 MW project is proof of this. commitment.”

The Secretary of the Economy, Derek Mackay, said that the recent projects had not offered the significant economic opportunities he wanted for Scottish businesses.

“The Scottish government has called on the offshore sector to do more by contracting our native supply chain, but recent disappointments suggest more needs to be done.

“I will use all the levers at our disposal to ensure that our renewable energy supply chain benefits from the expansion of offshore wind in our waters, leading to the creation and maintenance of Scottish jobs”, he added.

Since 1987, Foamation Cheesehead Factory has been helping you show off that Wisconsin pride

Is It Time to Drop AAPL Stock Amid Supply Chain Chaos?

Carlos Carrasco Headed For MRI After Experiencing Side Discomfort