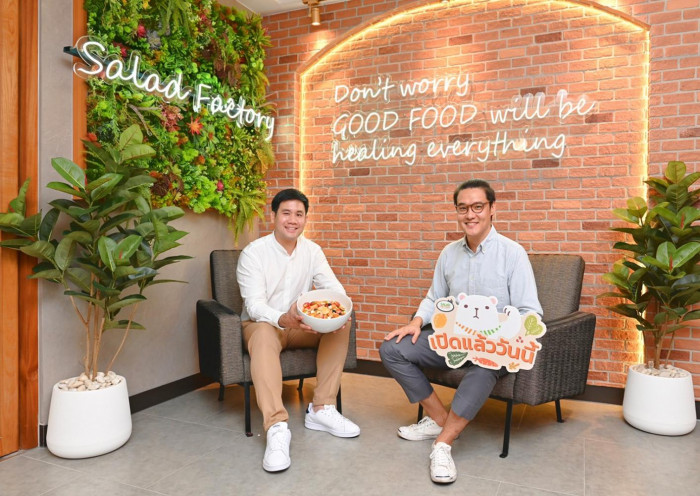 To satisfy growing health concerns, Green Food Factory, the operator of Salad Factory restaurants, will move at a faster pace in expanding next year.

The expansion is a greater leap for the company, relative to the 1-2 new restaurants on average planned annually.

“We need to create new sales channels to minimise risks and become reachable for consumers,” he said.

The company plans to spend another 40 million baht to build its new central kitchen on four rai in Pathum Thani by the end of this year to support future growth and expansion.

The new central kitchen operations will start next year.

Green Food Factory is a joint venture between Salad Factory and Central Restaurants Group (CRG), which hold a 49% and 51% share, respectively.

Since launching the Salad Factory eight years ago, seven branches have been opened in Bangkok’s suburbs.

The outlet is designed to be a casual healthy dining restaurant with affordable prices.

The company aims to have sales revenue of 30-40 million baht annually from this flagship branch.

“The Salad Factory business grew over the year and saw a slight hiccup during the pandemic. Sales volume has recovered, mostly driven by the huge growth of delivery and takeaway,” he said.

Prior to the pandemic, about 90% of sales came from dine-in business and 10% was from deliveries and takeaway. At present, dine-in services have declined to 70%.

He said there is huge opportunity for Salad Factory to expand in the future as it is a new food category with less competition compared with other categories.