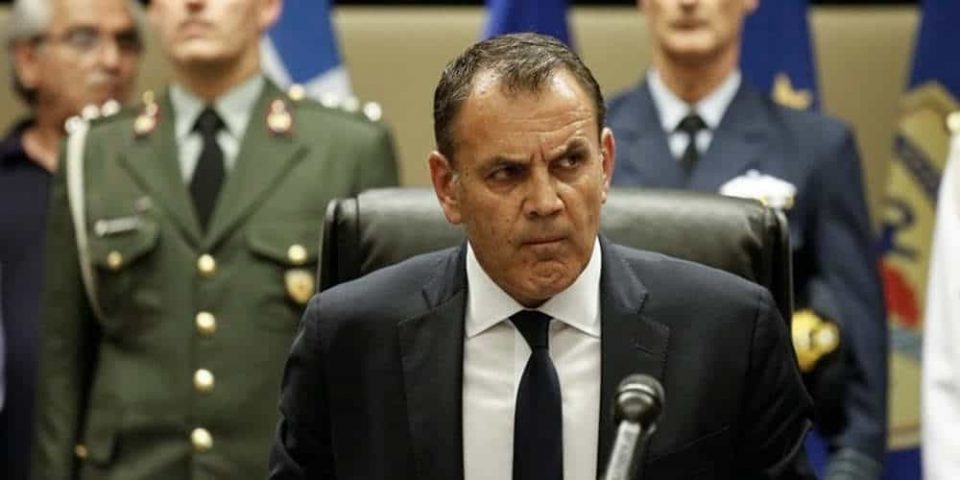 At a time when the Greek Armed forces are recruiting 1,600 new professional soldiers, Greek Defense Minister Nikos Panagiotopoulos ensured that the strengthening of the military is a “strategic choice.”

“In an age of intense geopolitical upheaval in the immediate and wider geopolitical environment of the country, the Armed Forces, with their unquestionable strength and high operational readiness, succeed in responding worthily to the national need for security and peace, effectively addressing the challenges from wherever they come from,” Panagiotopoulos said.

“Today,” said the minister, “Orthodoxy celebrates the Entry of the Blessed Virgin, our country honors its Armed Forces, which are the eternal protectors of its freedom and independence.”

“Our memory is focused on our countless fighters, whose struggles and self-sacrifice are timeless symbols of militancy and heroism,” he continued.

Referring to the men and women of the Armed Forces, Panagiotopoulos stressed that they contribute decisively to the emergence of Greece “as a factor of stability in the wider Balkans and Eastern Mediterranean, promoting and implementing the policy of national defense.”

A policy that, as the minister said, “is based on the principles of good neighborliness, respect for international law and international treaties.”

“A policy that makes Greece stand firm in the face of any intrigue and be proud of all of you who compose a single and impenetrable network on land, sea and air, facing anyone who seeks to revive revising visions and overthrow the existing status quo,” added Panagiotopoulos.

“In this context”, the minister pointed out, “the reinforcement of the Armed Forces, both in personnel and in means, is our strategic choice”. 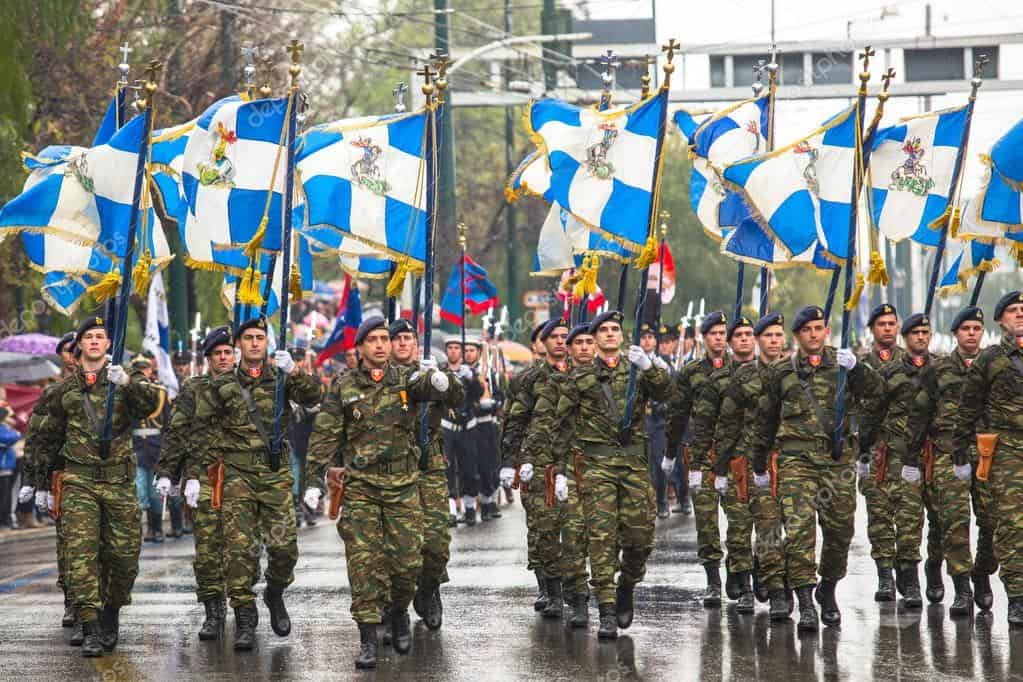 “To this end, with targeted actions and guided by the proper management of our national resources, we ensure the further strengthening of the Armed Forces, so that they are a strong deterrent, a guarantor of the territorial integrity and national independence of the homeland,” Panagiotopoulos said indirectly about the Turkish threat.

The Defense Minister then explained how Greece is expanding it’s military ties with friendly countries and is a source of stability in the region.

“We continue to increase the national footprint in allied structures in which our country participates, taking advantage of all the opportunities provided to us to increase our national strength,” he said, adding “At the same time, we maintain and enhance our bilateral and multilateral alliances in the vital area of ​​the Balkans and the Eastern Mediterranean.”

The Armed Forces personnel are “the main multiplier of national power,” the minister said, explaining that the military has proven over time that it can carry out its mission successfully, “which is the strongest message of deterrence in any direction.”

For the social face of the Armed Forces, Panagiotopoulos underlined that it is promoted daily “with actions of social contribution in areas such as health and care, search and rescue, the execution of air travel, as well as assistance in dealing with extensive natural disasters, whenever necessary.”

Susan Michie: ‘Bars and pubs and other high-risk places should not be open’ | Health policy