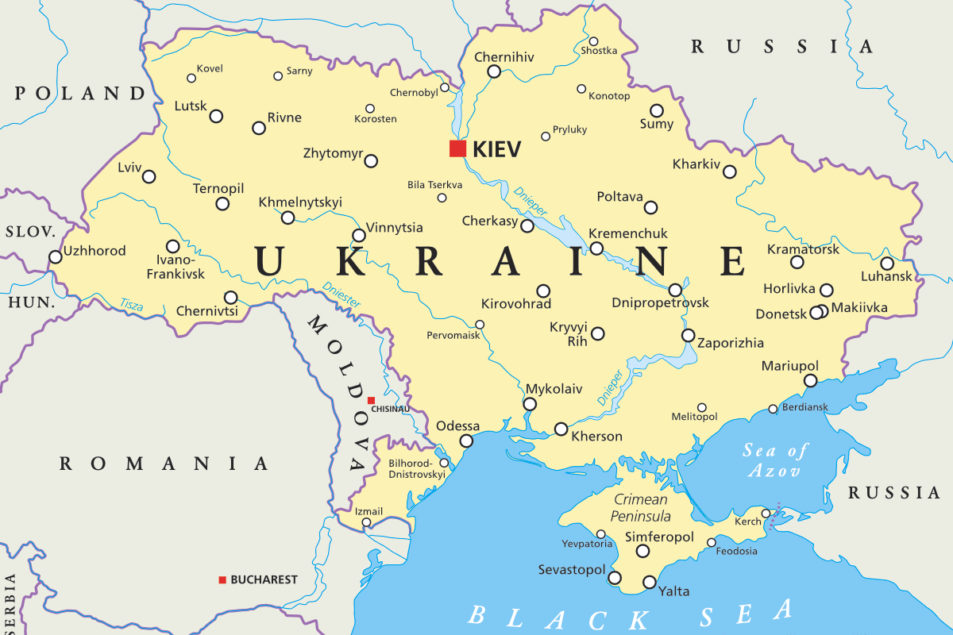 Russia has stationed more than 100,000 at the Ukrainian border as Russian President Vladimir Putin contemplates whether to invade the neighboring country. The reasons for the military buildup are complex and numerous, as tensions between the two Former Soviet Union countries have remained high since Russia’s annexation of Crimea in 2014. If Russian troops do invade Ukraine — or even if they remain at the border for a prolonged period — grain traders can expect a wild ride, Steve Nicholson, global sector strategist for Grains & Oilseeds at Rabobank, told World Grain.

“This is already at a time when people are a little on edge because of freight issues — whether it’s the cost of freight or the cost of production — and then add this in the middle of it,” Nicholson said. “Will they produce? Will they be able to ship? Will they ship? Can they even trade? It’s adding fuel to a fire that’s already burning. It doesn’t give a warm and fuzzy feeling that things are going to turn around this year and supply chains are going to figure it out because that just doesn’t seem like it’s in the cards right now.”

Nicholson said if a military conflict occurs between Russia and Ukraine, which rank first and fourth, respectively, in wheat exports, it would be “pretty unprecedented,” as it would involve two countries that combine for about 30% of the world’s wheat exports and 20% of corn exports. Perhaps not since World War II, when Europe was under siege, has a major grain-producing region been at war. And that was 80 years ago, when the world was far less dependent on international trade.

The dispute comes at a time when global wheat stocks have been gradually declining, despite record or near-record production most years.

“The thing is that if you look at the stocks-to-use ratios, whether domestically or globally, the corn, wheat and soybean complex has been going down for six years,” Nicholson said. “That tells me demand is extremely robust. Supply is not keeping up with demand, so you have tightening stocks, and now you add to it something like this where no one knows what’s going to happen.”

The uncertainty could lead to record wheat prices, Nicholson said. Since the onset of Russia’s military buildup along the Ukrainian border, wheat prices have fluctuated erratically. On Feb. 3, KC March hard red winter wheat was trading at close to $8 per bushel.

“I think KC wheat could see an all-time record high,” he said. “If you watch flour prices and flour margins, they’ve been a little dicey. This is not going to be good for them in the long term. The old high for KC wheat was in 2008 at $13.40 (per bushel) and it seems to me that topping that wouldn’t be out of the question.”

Any supply disruption and price increase would be a worst-case scenario for countries in the Middle East and Africa, which have become increasingly food insecure since the start of the COVID-19 pandemic and depend on Black Sea wheat to feed their fast-growing populations.

“It’s going to impact food inflation in some of these areas that can’t really afford it,” Nicholson said.

Nicholson said he wouldn’t be surprised if countries that traditionally have bought wheat from Ukraine increase their purchases in the coming days.

“As this reaches a crescendo in probably the next 30 days or so, I think there will be some increased movement of wheat out of those countries to secure supply for the next 60 days,” Nicholson said. “I think you could see some panic buying and could see basis levels get a little volatile before they relax.”

A blockade of Ukrainian ports, which Putin has threatened in the past, or any other measure that impacts their ability to operate efficiently, could severely hamper Ukraine’s ability to transport grain.

“So then they may try to transport commodities (by land) back into Europe to be shipped out of the Port of Rotterdam or someplace like that,” Nicholson said. “They could consider using rail east into Asia, but I suspect there’s a limited number of rails set up to do that. They aren’t set up to export by rail through Europe, they are set up to move freight on the Black Sea.”

Regardless how the conflict plays out, Nicholson said it could have a long-term impact on grain trade flows.

“It puts a lot of questions in a buyer’s mind about whether you want to be buying from Russia and Ukraine and that part of the world knowing there’s so much instability,” Nicholson said. “You also had Russia recently restricting exports and placing a tax on exports. As a buyer, that brings in a lot of uncertainty, so you may look to Australia, Canada, Europe and the United States as alternative sources. Also, if you have (grain) assets in the Black Sea region, do you hold onto those assets?”

Which begs the question, if the supply of wheat and other agricultural commodities from the Black Sea region is cut off or heavily restricted due to port blockades or other infrastructure and production challenges, can the world’s other major grain producers pick up the slack?

“I think they can,” he said. “The US has the capacity to shift more wheat to the West Coast ports, for example. US exports are strong this year and have always been strong except for last year.”

The United States and other western countries have threatened Russia with economic sanctions if it invades Ukraine, which could include banning Russia from using the US dollar, the euro, and SWIFT, the global communication system linking financial institutions.

While these and other possible sanctions would undoubtedly cripple Russia, Nicholson said there’s concern that it could also lead to countermeasures against the United States and other western countries, such as a cyberattack.

“My concern is would (Putin) unleash his cybersecurity people,” he said. “A cooperative in Iowa recently got shut down by a cyberattack. You have all these farms in the US where the tractors are hooked up to the (Internet) cloud. What happens if someone hacks John Deere’s network system? You’re sitting in the middle of a field, and you can’t move.”

Nepal’s trade with China going through rough patch amid COVID