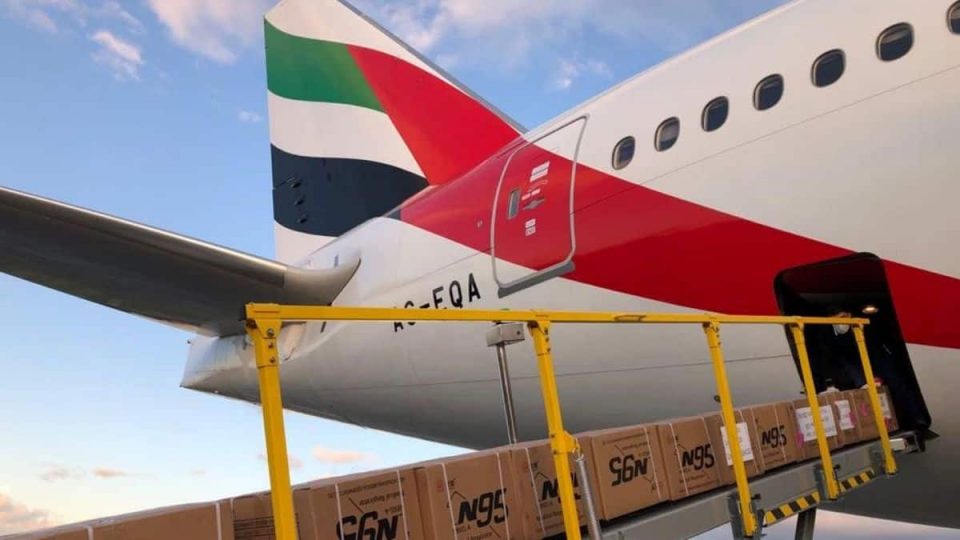 Taking a page from neighboring Australia, the government of New Zealand has launched an emergency program to reestablish airfreight supply chains interrupted by the suspension of passenger flights so important exports can get to global markets.

Exporters in both nations were stranded without the regular passenger service they normally rely on for airlift. They didn’t have enough volume or deep pockets to attract pure freighter operators, who are concentrating on supplying COVID hot zones with hospital garments and other medical supplies, as well as major trade lanes that consistently fill their planes. By pooling shipments and partially subsidizing freight rates that are five times higher than normal, the governments make it worthwhile for carriers to dispatch freighters and passenger mini-freighters to the island nations, while making transport more affordable for exporters.

The concepts are not entirely similar.

New Zealand’s International Airfreight Capacity Scheme is available to all shippers, while Australia limits capacity support to shippers of high-value agricultural and seafood products. On the import side, Australia gives first priority  on flights with financial support to healthcare supplies ordered by the national or state governments, while New Zealand allows planes to collect all types of inbound freight for businesses. Another key difference is funding: New Zealand is contributing NZ$330 million ($200.5 million) and Australia has committed AU$110 million ($72 million).

In the early days of the coronavirus pandemic, the government of New Zealand helped pay for charter flights, but they only went to a limited number of export markets. The May 2 initiative builds on that effort with a regular schedule of 56 weekly cargo flights to a greater number of destinations. The extra frequencies and routes allow more businesses to export.

More flights are expected to be added over time.

New Zealand’s interest centers on exports of seafood, meat, cut flowers, and perishable agricultural products that can’t move by sea. It also needs imports of medicines, medical devices and time-sensitive machinery for agriculture and other industries.

The Ministry of Transport is overseeing the program and New Zealand Trade and Enterprise then coordinates flights with help from freight forwarders. Key routes from Auckland and Christchurch include Los Angeles; San Francisco; Hong Kong; Dubai; Shanghai, China; and Sydney and Brisbane, Australia. The government isn’t not buying or reselling airfreight space. Carriers offer their capacity directly to freight customers on commercial terms. Government support is generally tied to how full the plane is, with funding reduced as the plane reaches maximum payload.

“There is a huge demand for air freight, at a time when capacity is limited. This scheme helps provide certainty for business, while airlines and carriers respond to a changing world, Minister of Transportation Phil Twyford said in a statement.

About 80% of New Zealand’s airfreight is carried in the lower deck of passenger aircraft, with the remaining 20% flown by pure freighters, according to the request for proposals. There are only four all-cargo operators that normally serve New Zealand. Prior to the COVID-19 outbreak there were more than 550 international passenger flights in and out of New Zealand per week. By the start of May there were about 12 flights per week.

Air New Zealand, China Airlines, Emirates, Freightways Express, Qantas and Tasman Cargo were the winning bidders for the program. The first phase of contracts runs until the end of June, but the Ministry of Transport said the scheme will likely be extended another six months, and possibly longer.

Air New Zealand is making its Boeing 787-9 fleet available for cargo-only charter flights to most of its regular destinations, but the national carrier doesn’t fly everywhere and the use of passenger aircraft for freight presents some limitations. The government said having other participants benefits exporters through more choice and competition, flexibility and capacity. Passenger aircraft in the program are also being used to repatriate citizens along freight routes who need to get home.

On May 6, a Singapore Air flight sponsored by the Australian government flew to Singapore carrying 30 tons of chilled seafood, tuna, lamb, chicken and eggs for onward distribution throughout Asia, while a weekly Qantas flight reopened a trade route for fishermen between Cairns and Hong Kong.

During the first week, the International Freight Assistance Mechanism supported more than 250 flights, according to the Freight and Trade Alliance.

“We’re backing South Australia’s farmers and fishers through this agreement that will restore this critical freight route and give exporters a direct line back into key export markets across Asia,” Minister of Trade Simon Birmingham said. “The more South Australian produce, meat and seafood we can onto these flights and headed overseas, the more local jobs we can secure and the more export dollars we can bring back into South Australia.”

Michael Byrne, the former CEO of third-party logistics provider Toll Group who is coordinating Australia’s airfreight support program, said during a recent briefing that farmers and other exporters must collaborate to create large lots. Forwarders will then regularly build 35 to 40 ton loads so organizers can make repetitive bookings and schedule flights six to eight weeks in advance.

“The smaller the aggregation, the more cost per kilo, the more difficult it is,” Byrne told interested stakeholders on a conference call. “We’re finding it difficult to get planes to land and pick up 20 tons.”

Byrne said all participants are expected to act as partners.

“No one should be looking to take advantage of the situation. We should be working constructively as a bigger group. We’re only going to get through this as a team. Everyone is your friend. The bloke you hated down the street you never talked to is now your friend because we have to aggregate and consolidate.

“So bad behavior, poaching, gouging, inflating prices, breaking deals, not honoring your word, will not be accepted. I know there’s a lot of aggressive competition, but people also need to collaborate. No one’s going to pick up your freight, otherwise.”