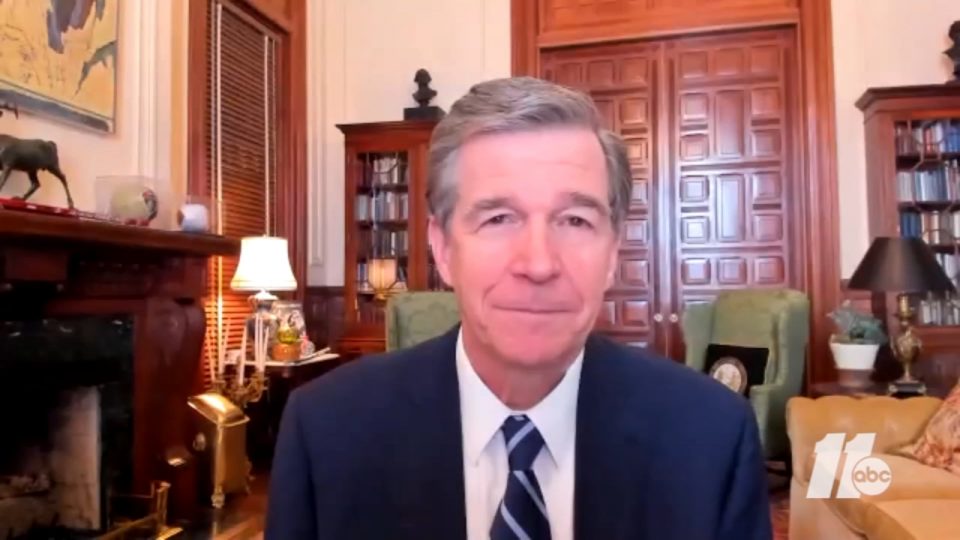 RALEIGH (WTVD) — Governor Roy Cooper said in an exclusive interview Friday that his goal is to get out 120,000 vaccinations per week and that should start as soon as next week.

Still, there’s a new survey out showing there’s continued questions about how people who want the vaccine can get it.

Q: With the pandemic, especially with PPE, all of that was kind of a surprise and flung on us. The vaccine, though, we’ve known that was coming. We’ve known that it was in development, we’ve known it was going to have to be distributed. With all that known and all that time for preparation, why has there been so much confusion. And why do you think there are many so many North Carolinians disappointed in that distribution?

Cooper: “Well first there’s not nearly enough vaccine to go around. Secondly, I think that health departments and providers had to get their sea legs. This is an unprecedented situation. But where we are right now, as I’m sitting here talking to you on Friday morning, North Carolina has distributed 625,000 vaccinations and by Monday or Tuesday of next week, the state will have used up all of the first doses that the federal government has provided to the state.”

“What these providers are doing right now is trying to set up appointments into the future for people, hoping that we have the vaccine but North Carolina is going to be ready for as much as the federal government can give us,” he said. “And that’s the charge that I’ve given to our team into providers across the state.”

Jonah Kaplan breaks down his interview with Gov. Cooper

“I think that people will be frustrated for a while because there’s simply not yet enough vaccine to go around,” he said. “These providers are running out of it all over the state because we’ve told them to get it off the shelves and into people’s arms and we don’t want any on the shelf, as we’re waiting for the next shipment. And that’s, that’s our goal.”

In response to a study by the Kaiser Family Foundation that shows about 6 in 10 Americans don’t know when or where to get a coronavirus vaccine, Cooper said it’s a complicated process.
“If you remember they wanted to put frontline essential workers and healthcare workers first and we said, ‘OK, that’s what we’ll do.’ And then just a few weeks into what we were doing with the vaccines I said, ‘Wait a minute, we should do 75 and over first’ and then they said ‘no, then you should do 65 and over first,”‘ he said.

It’s OK to seek a COVID-19 vaccine in another county, NCDHHS Secretary says

Cooper said he’s spoken with President Joe Biden about what he wants to see changed in this administration.

“I spoke with President Biden probably 10 days ago we had a good conversation about North Carolina and the kinds of things that we needed,” he said. That includes help for small business and funding for people to be able to pay rent and utilities.

As far as how the federal government can help with the vaccination process?

“We know that there are other vaccines that are potentially coming that could be authorized. We want them to get to us as quickly as possible. And we’d like funding to make sure that we’ve got all of the people necessary to distribute vaccines and just an overall national strategy about how we do this thing,” Cooper said.