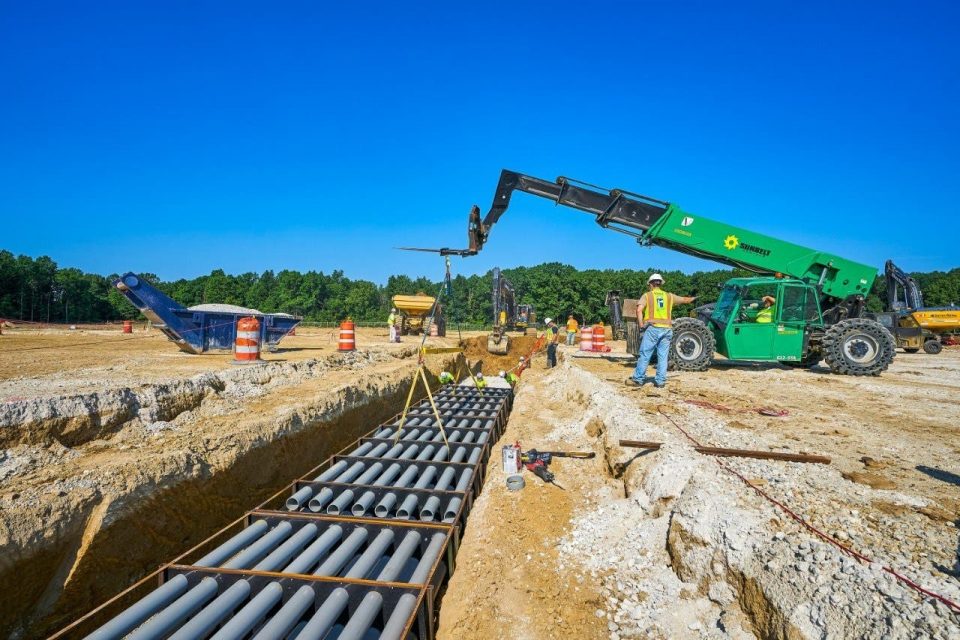 It’s always hard to tell what level of vision and enthusiasm for electric vehicles the top executives of legacy automakers actually hold in their heads and hearts. They are trained to put out positive PR, and they may do that one day regarding some electric vehicle (EV) plans while also having lobbyists in DC (or Mar-a-Lago) at the same time trying to corrupt fuel economy regulations (unfortunately, quite successfully in recent years). However, putting cash money into a big EV battery factory is a good demonstration of an actual vision and commitment. 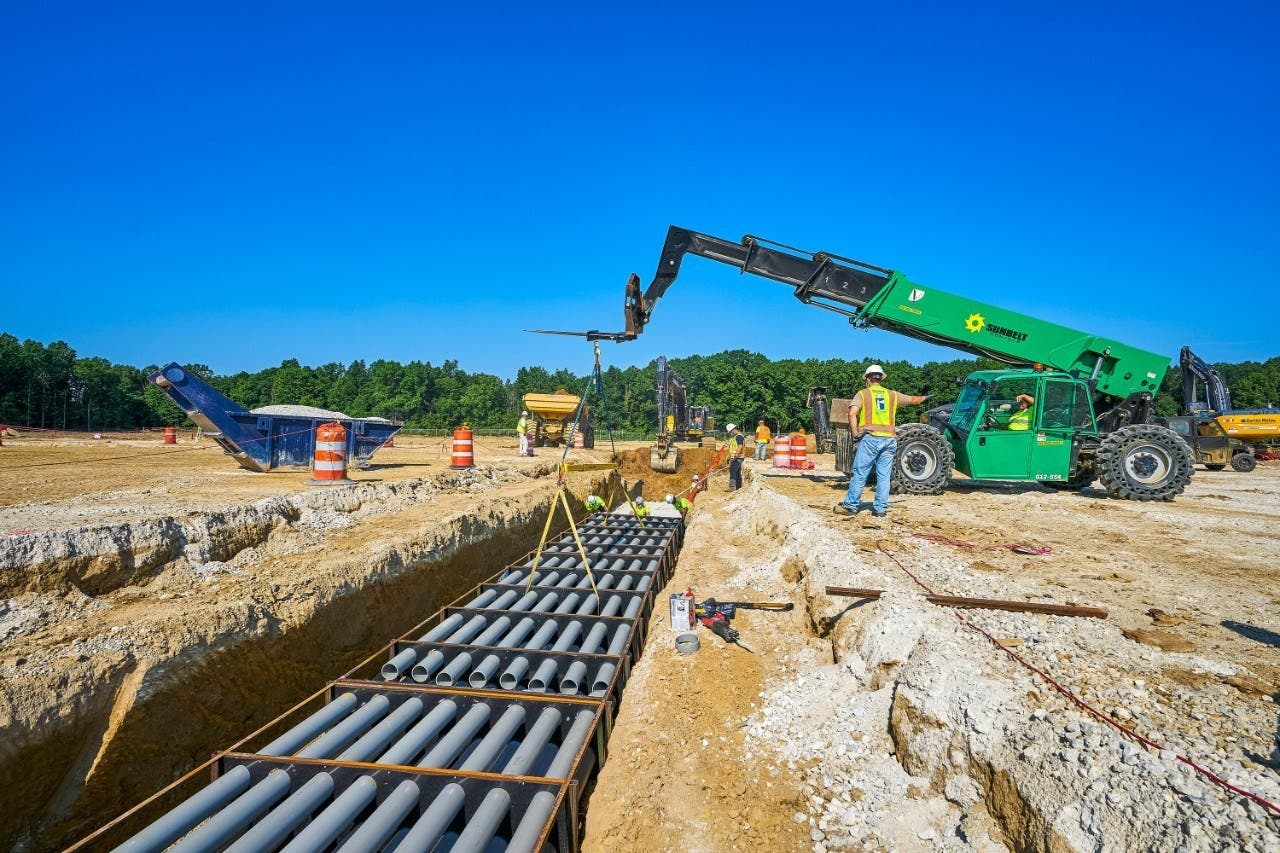 When you think of a US automaker building a large EV battery factory, there’s a certain one that tends to come to mind, but it’s worth remembering that GM is doing this as well now, and the company proudly showed off some pictures from the site yesterday in order to remind people of its progress and cheer on its employees and contractors. 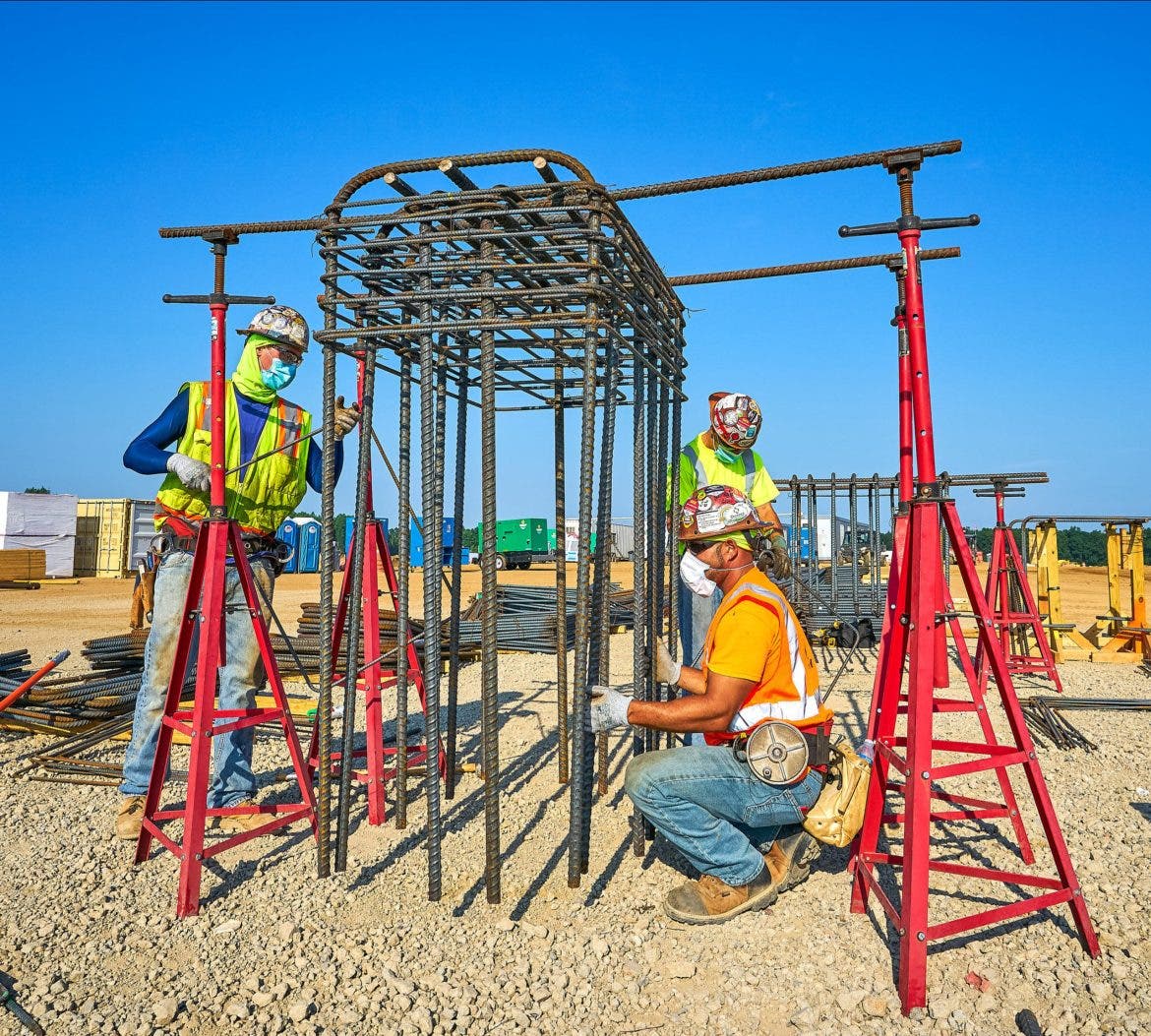 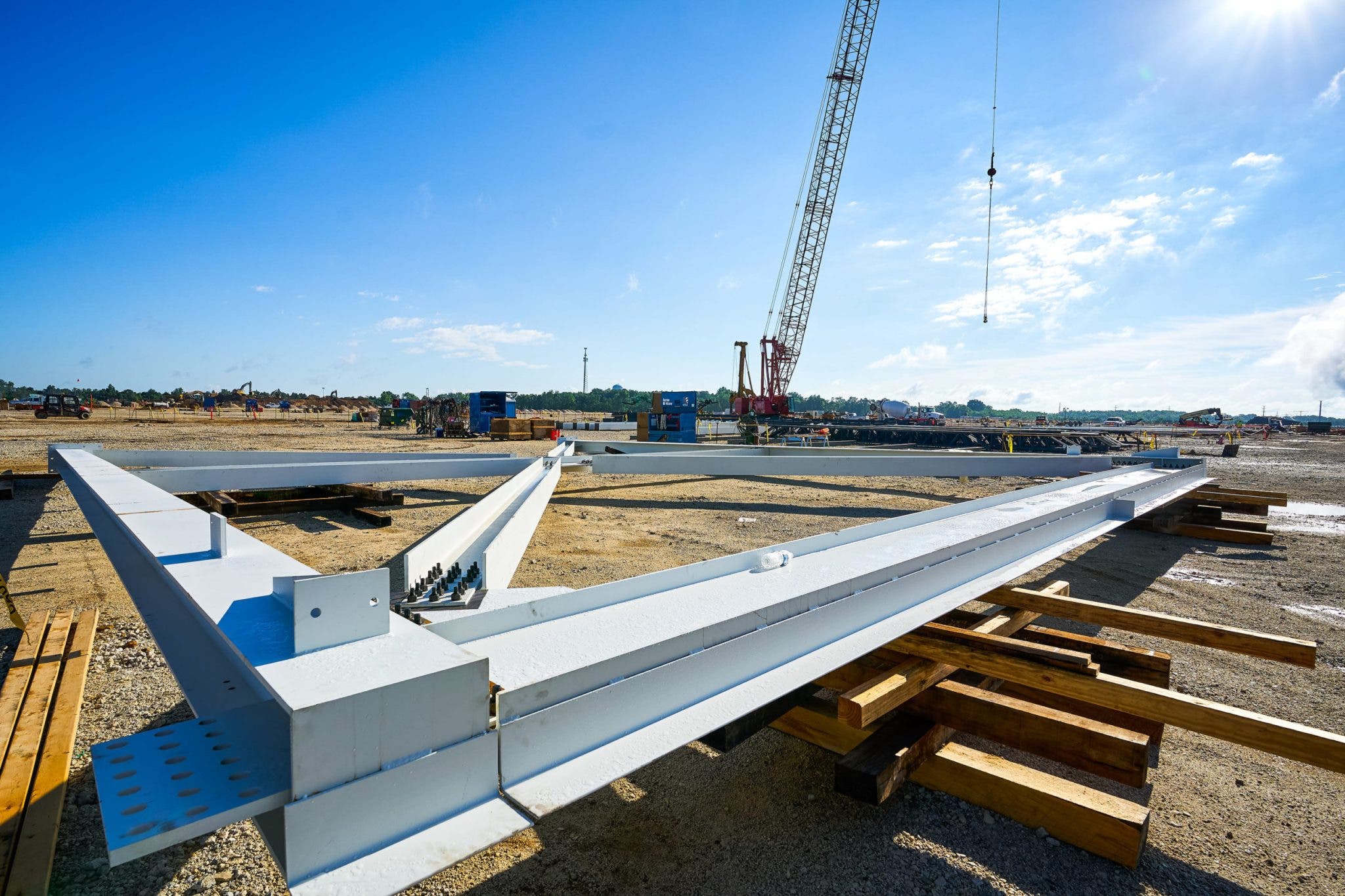 GM formed a joint venture with LG Chem earlier this year, Ultium Cells LLC, and CleanTechnica was lucky to talk at length with GM President Mark Reuss about this and the company’s electrification plans just before a certain infamous coronavirus shut the country down. GM CEO Mary Barra was also on hand to push the point home, which was summarized in bright letters on stage as: “Our Electric Future Is Now.” (Yes, it appears GM lifted CleanTechnica‘s tagline. We’ll let it slide, since it’s all for a noble purpose.) 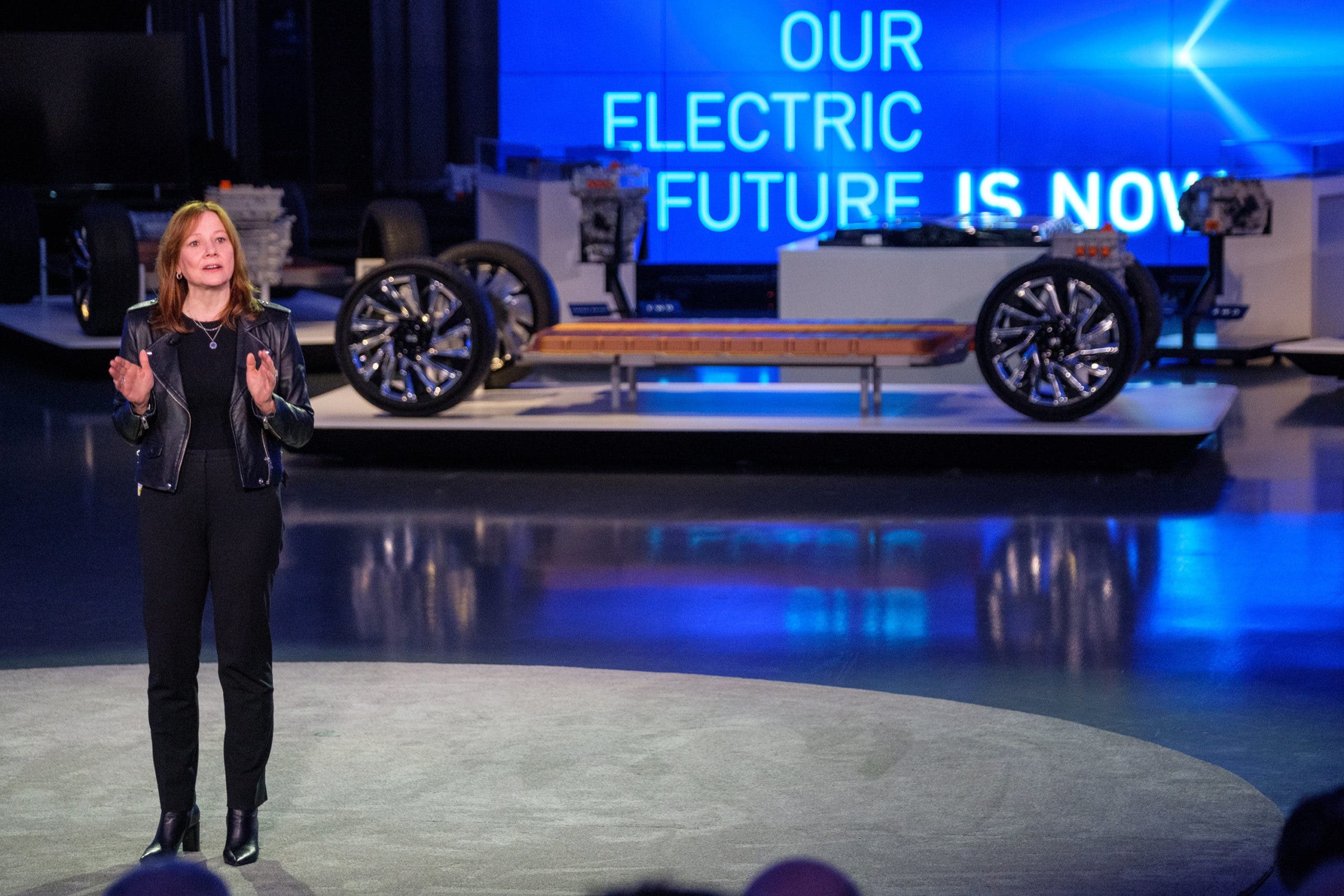 GM CEO Mary Barra in front of Ultium battery platform and “Our Electric Future Is Now,” by Loren McDonald for CleanTechnica.

“This is a huge opportunity for us. The biggest opportunity any of us has ever seen for this company, certainly,” Mark Reuss said.

Getting to the batteries, Loren McDonald reported for us that, “GM’s new Ultium batteries, which were designed in Michigan, will use large-format, pouch-style cells that can be stacked vertically or horizontally inside the battery pack. The flexible and modular format enables GM to put 24 modules, with vertically stacked cells, in the Hummer, or 6, 8, 10, or 12 modules with horizontally-stacked cells into low-profile Cadillac, Buick, and Chevrolet crossovers.

“The batteries currently powering the Bolt cost $145/kWh, while the new Ultium batteries produced under the joint venture with LG Chem will drive battery cell costs below $100/kWh (by 2025). The cells use a proprietary low-cobalt chemistry, and GM expects that ongoing technological and manufacturing breakthroughs will drive costs even lower in the coming years.” 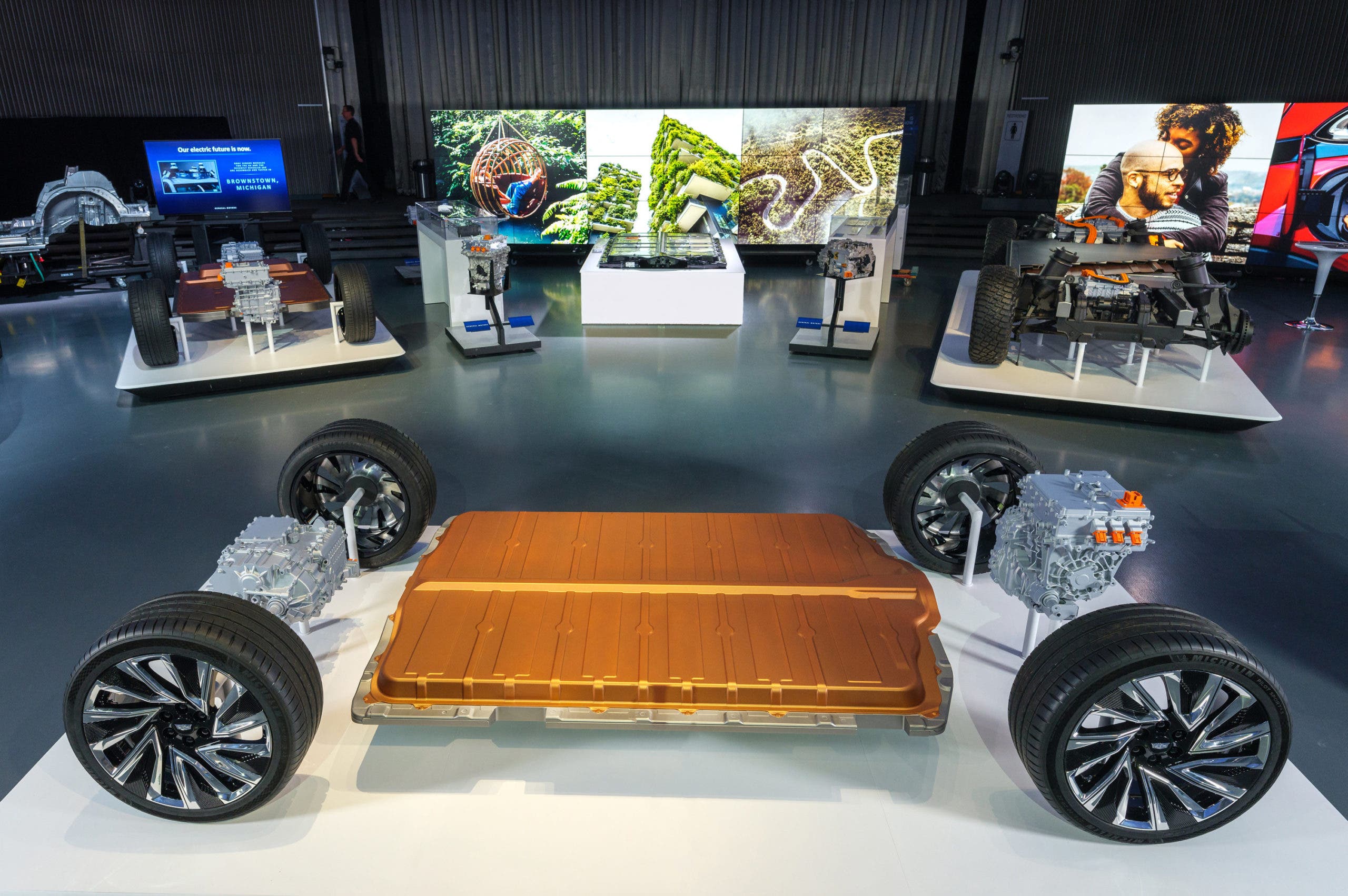 I’ve started raising concerns about battery pricing trends, due to concerns I’m hearing from experts in the mining industries that underly the battery industry, but let’s hope GM has its plans in order and its supply chain secured.

“To scale up to deliver 1 million EVs annually, the supply chain for batteries, including both the minerals and cell production, are critical. GM will be heavily focused on transitioning to an NMCA (nickel, manganese, cobalt, aluminum) chemistry from NMC, with a goal to reduce the use of cobalt by 70%. A greater use of aluminum is the key to reducing the reliance on cobalt. With a 10-fold increase in demand for batteries, GM is looking to source as many minerals, such as nickel and lithium, as possible from North America.”

It’s unclear still where the company intends to get large volumes of nickel and lithium from North America, but this is a matter I’ll keep exploring with various experts from around the industry in coming weeks, and we’ll see what GM itself can share. 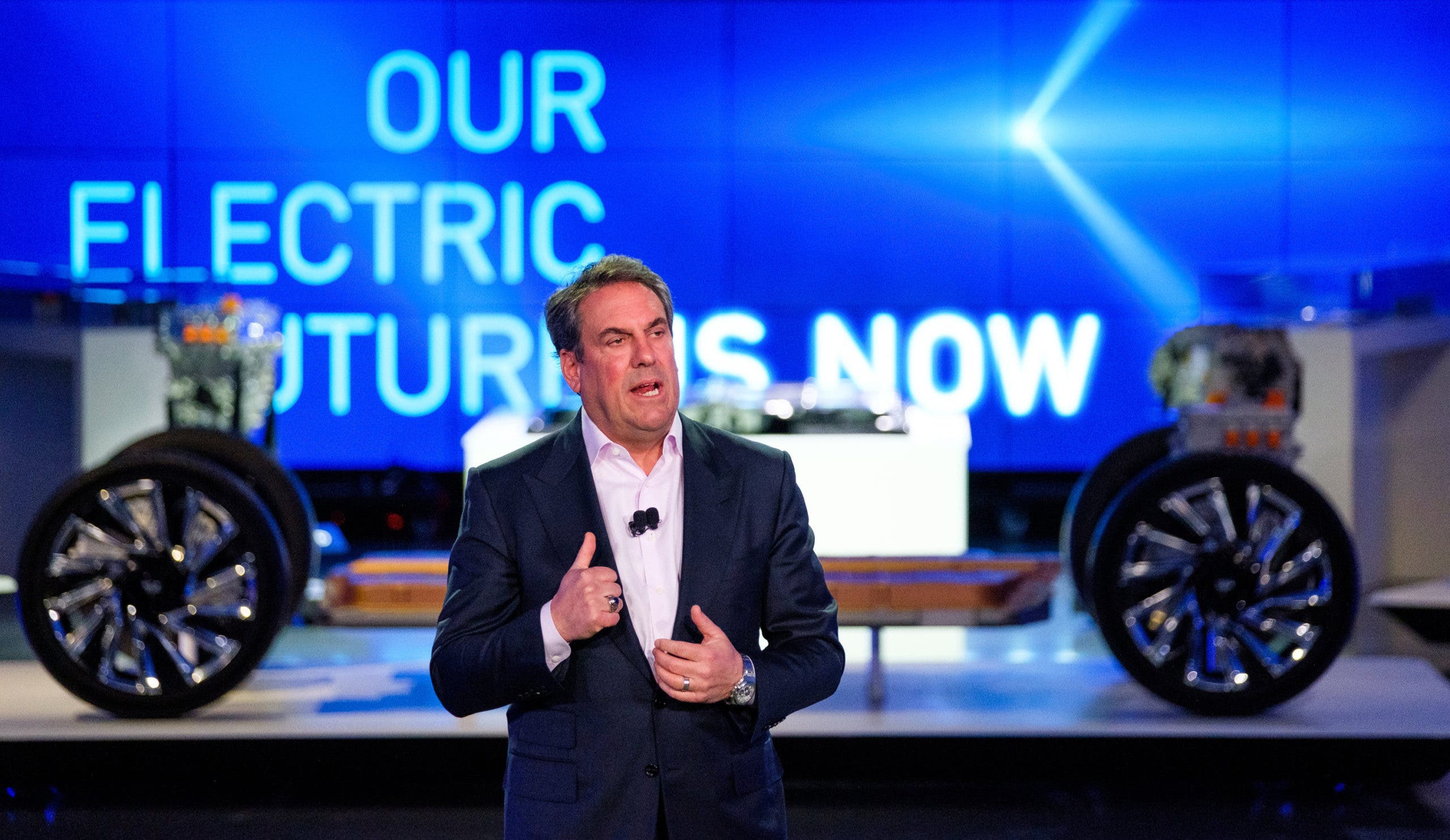 When GM reaches its goal of 1 million EVs produced annually (by 2025), that equates to the manufacture of 250 million cells per year.

The modular propulsion system and global EV platform powered by the Ultium batteries will enable GM to produce vehicles for every segment of the market, including entry-level cars, work trucks, and high-performance sports cars.

Key specifications on the Ultium batteries and powertrains include: 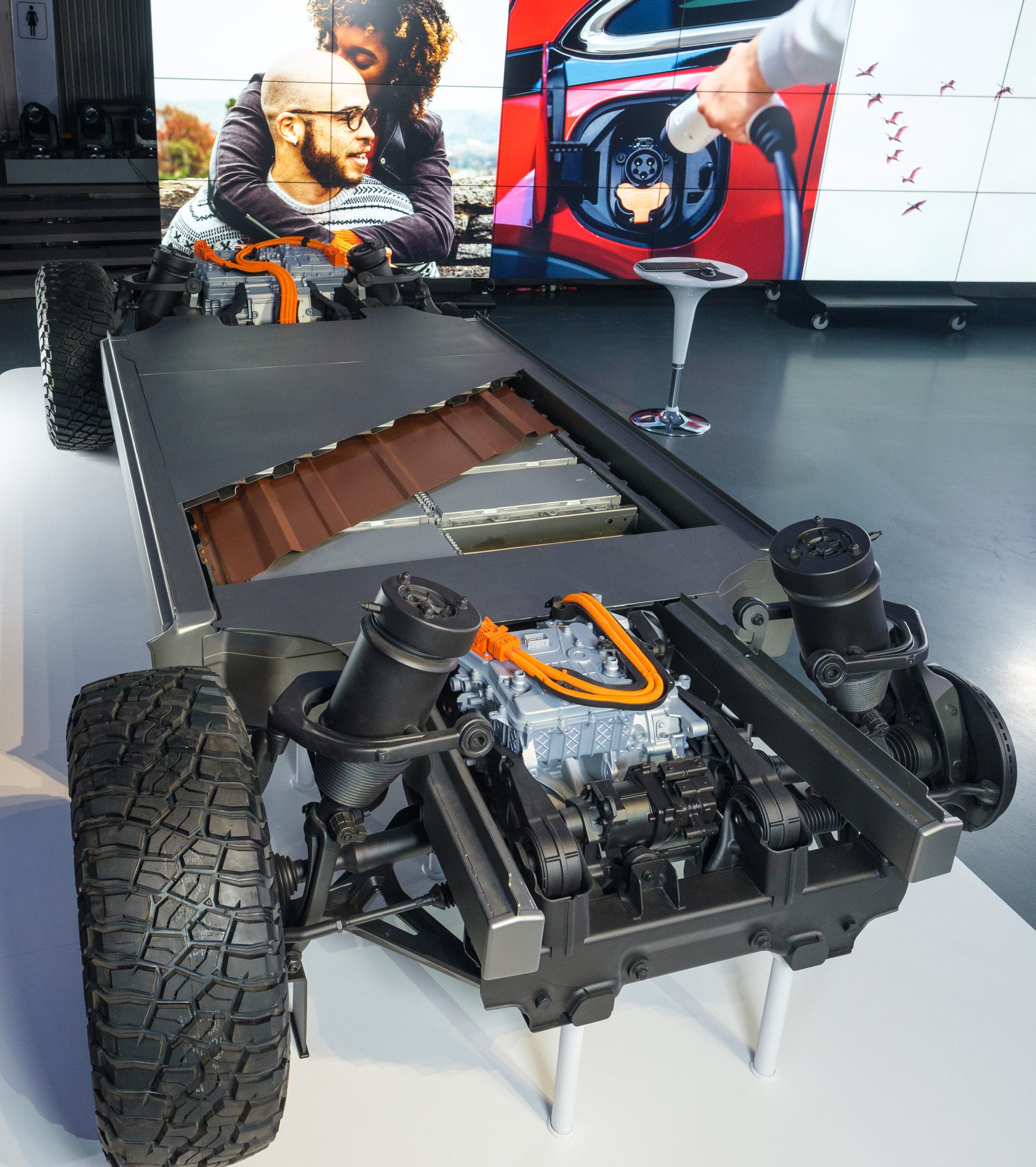 Initial vehicles using the Ultium batteries will be the Hummer EV from GMC, a new model called the Cadillac Lyriq that will be revealed virtually next week (Thursday, August 6), two new Buick models that will be sold in both China (where Buick is quite popular) and North America, a midsized Chevrolet crossover that shares the same platform as those Buicks, an updated Chevy Bolt, and a Chevy Bolt EUV (which will be the first non-Cadillac to get Super Cruise). GM confirmed this week that the production plans for the Hummer EV and Lyriq are still on track.

More than 1,100 jobs are expected to be produced in Northeast Ohio for the Ultium battery factory. In these times of low economic activity and opportunity, that must be especially appreciated in those communities. Hopefully that will bring an appreciation for the EV and broader cleantech transition and the electric vehicles GM eventually produces around those Ultium battery cells. 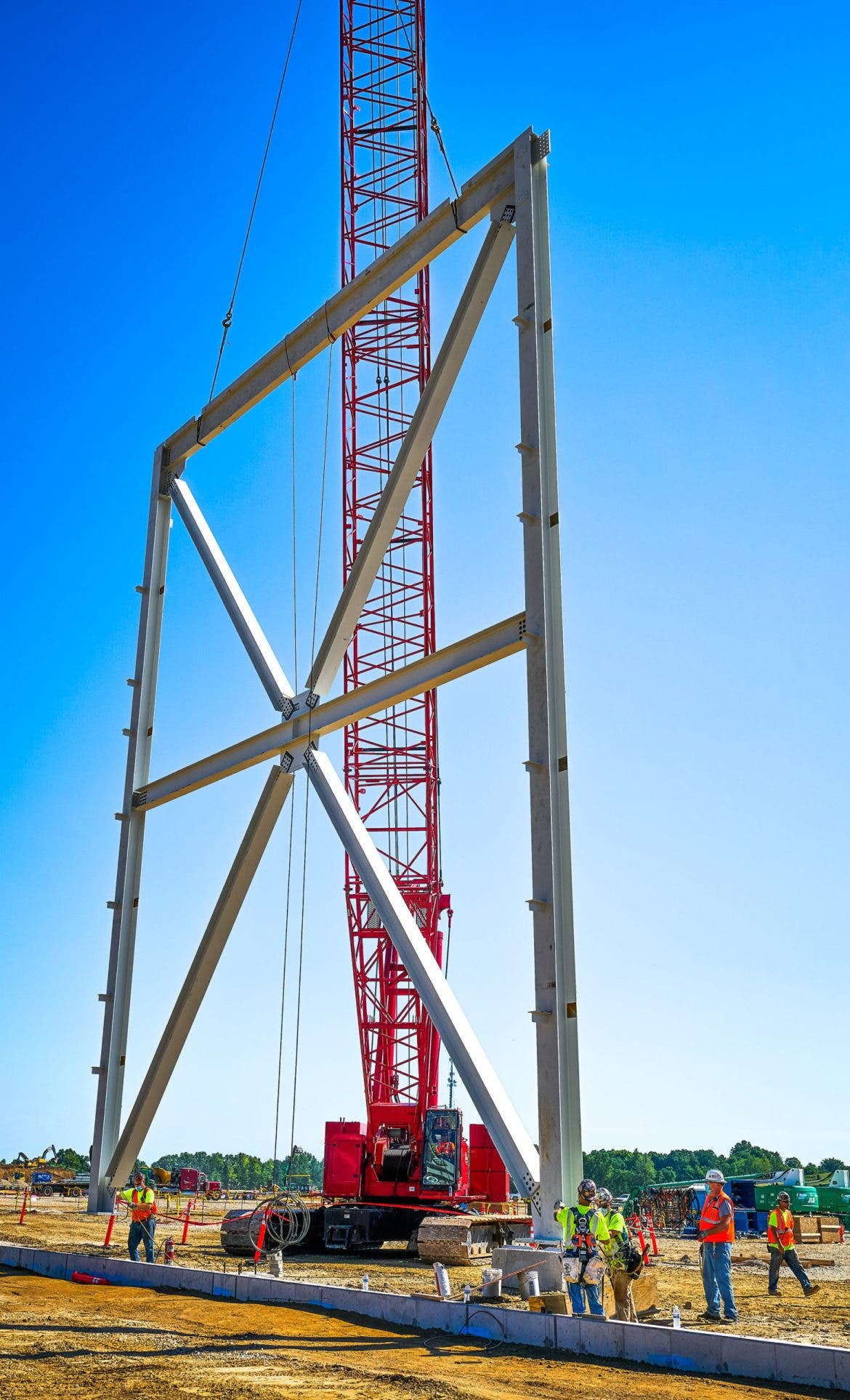 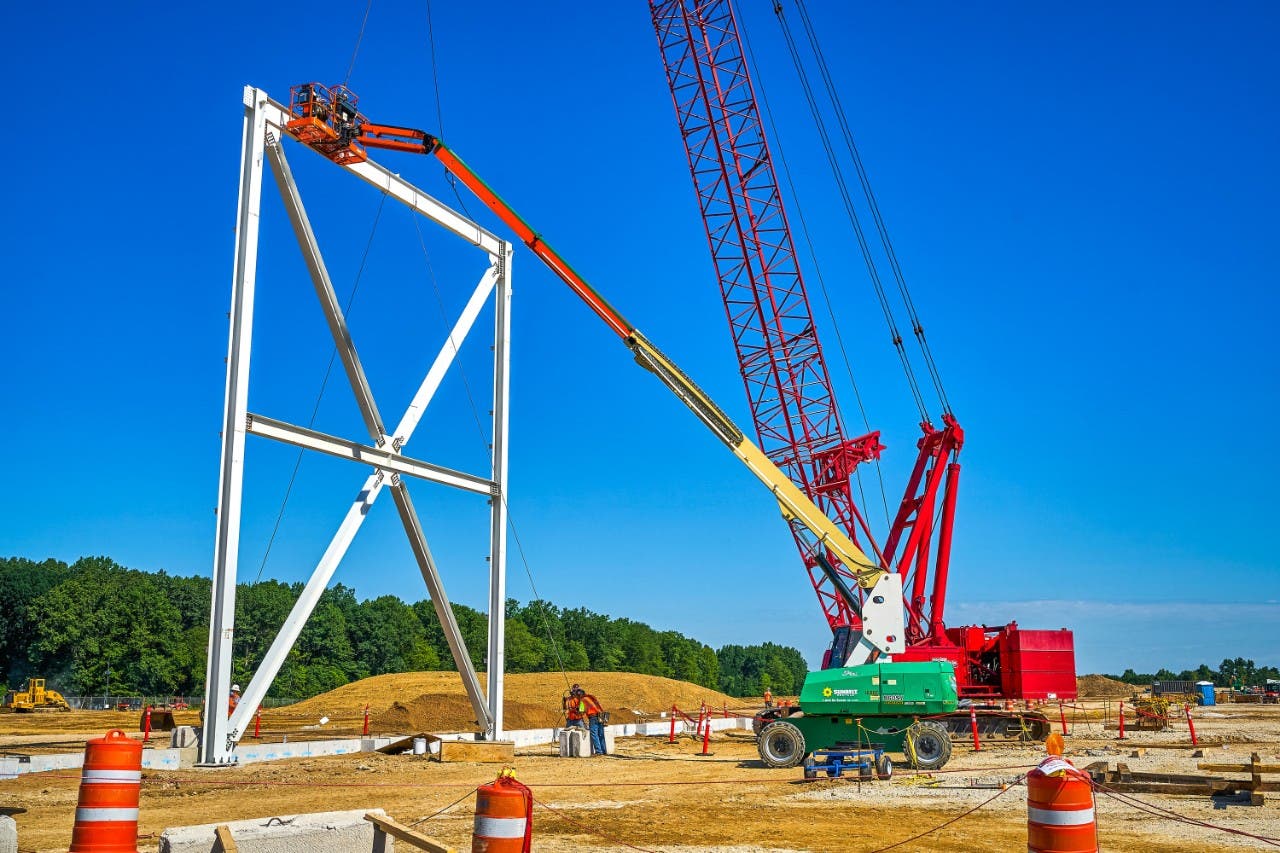 Have a tip for CleanTechnica? Send us an email: tips@cleantechnica.com

Zachary Shahan is tryin’ to help society help itself one word at a time. He spends most of his time here on CleanTechnica as its director, chief editor, and CEO. Zach is recognized globally as an electric vehicle, solar energy, and energy storage expert. He has presented about cleantech at conferences in India, the UAE, Ukraine, Poland, Germany, the Netherlands, the USA, Canada, and Curaçao.

Zach has long-term investments in Tesla [TSLA] — after years of covering solar and EVs, he simply has a lot of faith in this company and feels like it is a good cleantech company to invest in. But he does not offer (explicitly or implicitly) investment advice of any sort on Tesla or any other company.

Old Boot Factory to open May 29 in downtown Roanoke