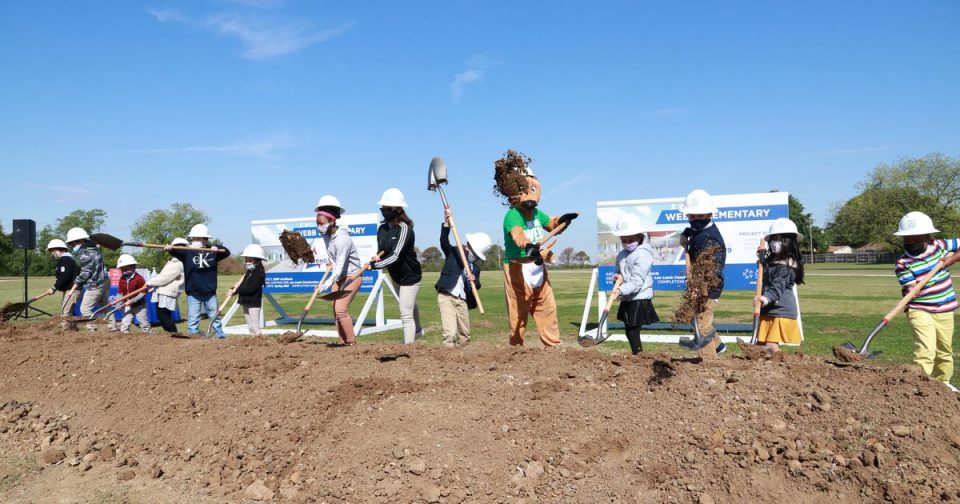 The new Webb Elementary School, scheduled to open by August, will now be pushed to late this year.

Arlington ISD trustees approved an extension of the contract this month, with construction now expected to finish by Oct. 31.

“It is most unfortunate, but unavoidable given the current conditions,” Kelly Horn, the district’s assistant superintendent of facility services, said in the press release. “The design is the same, and we’re not leaving anything out. It’s just taking a little longer to complete.”

Webb’s new building is part of a $966 million bond package approved by Arlington voters in 2019. In addition to Webb, Thornton and Berry elementary schools and Carter Junior High will also get new buildings.

The current Webb opened in 1960 as the original Nichols Junior High School.

According to the district, it will cost less to replace the buildings than it would have to renovate them to meet today’s needs. Webb will cost an estimated $25 million to build.

The new school will be on the same site as Webb’s current building, 1200 N. Cooper St. Once the new facility is complete, the old building will be demolished.