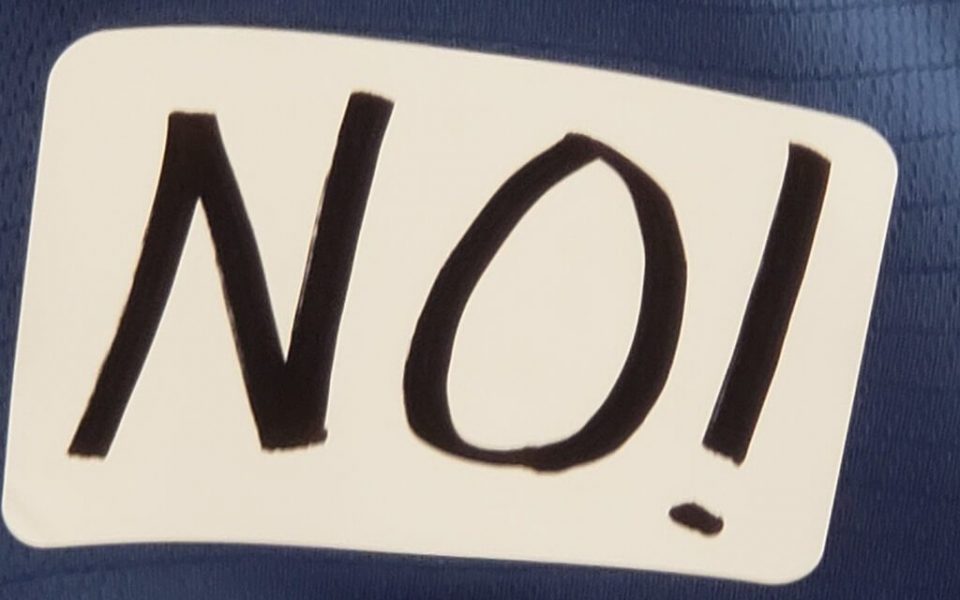 Glenburn residents sent a clear but emotional message to the town’s planning board at a public hearing Monday night — they don’t want a medical marijuana cultivation facility in their town.

Michael Morin-Smith, a medical marijuana caregiver, is seeking a land use permit to build and operate a 500-square-foot greenhouse 750 feet from the road at 247 Lakeview Drive, a half mile down the road from the fire station and town office.

Members of the planning board got a lesson in Maine’s medical marijuana regulations but put off making a decision until next month.

About 25 residents attended the meeting in person at the town office. About half of them sported stick-on name tags that said, “NO!”

The town can’t prevent Morin-Smith from operating a cultivation facility, his attorney, Seth Russell of Portland, told the board.

Glenburn has an ordinance that prohibits a retail facility of medical or recreational marijuna from opening in town but nothing that would prevent cultivation of medical marijuana, Russell said.

No residents spoke in favor of the proposed facility.

Morin-Smith is a licensed caregiver and plans to grow marijuana plants indoors and harvest the flowers to sell to his patients. He told the board that he would not manufacture items such as edibles. Morin-Smith also does not intend to sell to dispensaries as a wholesaler.

Several residents said that their experiences as teachers, pastors and counselors had convinced them that marijuana was a gateway drug to harder drugs.

Phil Mumford, pastor of the First Assembly Church on Finson Road in Bangor, asked board members to consider the impact having a marijuana grow house in town would have on property values and zoning regulations.

Scott Mitchell urged the board to consider how allowing a marijuana greenhouse in Glenburn would affect the town’s future.

“We need to consider what kind of town do we want to be in 10, 20, 50 years?” he said. “If we let this in, that takes us in a certain direction. Does this mean that anyone can bring anything here? This is a good place to live, we want it to continue to be that.”

Maine legalized medical marijuana in 1999 and there are now about 3,000 registered caregivers who grow and provide cannabis. Last year it became the state’s most valuable agricultural product, with $222 million in sales in the first 10 months of 2020, Maine Public reported.

More articles from the BDN

Sailors, Sailors Everywhere and not a Berth to Sleep: The Illusion of Forward Posture in the Western Pacific