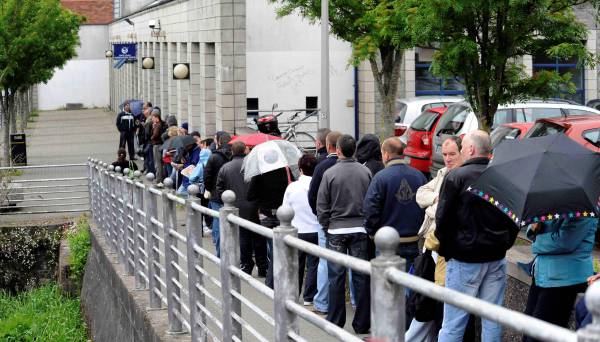 The pressure on the government and Fianna Fáil to abandon the plans to increase the pension qualifying age is rapidly ramping up in the white heat of the election campaign.

Ministers and other politicians involved, as well as the senior civil servants behind it, have only themselves to blame for the public anger against them.

Incredibly, it emerged in recent days that the rules were changed so that public servants can retire at 63 and get a supplemental pension. Unlike the ordinary person in the street, they can draw this till the state contributory pension kicks in at 66, as at present or, soon at 67. This is totally unfair and inequitable.

WE have been saying here for some time that anger has been building about the arbitrary increase in the pension qualifying age to 66.

What this means is that people who retire at 65 presently have to “sign on” to get Jobseeker’s Benefit and that those retiring next year will have to go on the dole for two years. It will be three years “signing on” after 2028.

Of course this benefit is worth considerably less than the promised, and expected contributory pension.

That loss comes on top of the loss of dignity in having to go and claim the dole. And even to get that benefit, retirees must remain in the country, or risk having their payments cut off. That is a terrible blow to many people who were looking forward to their well-earned retirement, and possibly going abroad for a holiday or to visit relations. Fine Gael now say this restriction won’t apply.

The most shocking thing about all of this is the sheer unfairness of it. People who have worked since they were 18 or even younger, paid all their taxes, expecting to be able to retire with a full state pension at 65, are now being told, no, you’ll have to wait for the pension, but you can sign on the dole.

What a betrayal of decent workers! It is nothing short of a breach of the deal they signed up for at the start of their working life.

There is massive anger against the officials and ministers who arrogantly came up with this daylight robbery, all of whom will be well feather-bedded with gold-plated state pensions.

No wonder this scandal has become an election issue!

Under pressure from the growing furore, last night Minister for Employment Affairs and Social Protection Regina Doherty confirmed that a proposed new Transition Pension will be introduced for those who retire at 66 and will be set at a rate equivalent to the Contributory State Pension.

“During the consultative phase for our current pensions reform – for a new total contributions model – the issue of those who retire at 66, yet have to wait until the official pension age to receive their state pension, arose on a number of occasions,” the Minister said. “Having worked on alternatives and having secured the agreement of party colleagues, we decided on a new transition payment to resolve this issue.

“I can confirm that this new transition pension will be paid at a rate equivalent to the Contributory State Pension. This change provides financial certainty to people retiring at 66.”

But will this be enough to appease the electorate?

There are other suggestions that the answer is to allow people in private employment to work on until the qualifying age.

It is a good idea to allow workers to continue beyond 65 if they wish.

But that is not the solution to this situation. No way should they be deprived of the pension if they wish to take it, at the age they were aiming towards over many years. They should not have to work extra years unless they wish to do so – and they should get the full pension at 65, if they want to retire.

The people who have been caught in this trap, or who are about to be caught in it, through no fault of their own, must be given the right to draw their full pensions at 65. Those who have lost out already should be compensated.

If government wants to change the rules in the future , let them consult the people and settle on what is considered fair.

What has been done is a smash-and-grab raid on people’s entitlements. The state has been lucky that we are generally a compliant and patient population. In other countries this outrage would not have been tolerated. Look at France, where there is massive resistance to alterations to a much more generous state pension!

Other sectors in this country would not have accepted such brazen interference with their income.

Now it is up to parties to make their case to the electorate as to how they will fix this disgraceful situation. Saying they will allow people to work on is not an answer. It is nothing short of an impertinence to say the country cannot afford to keep its promises to the people who have financed the state all their lives and who continue to do so.

Message to the next government – stop robbing us!