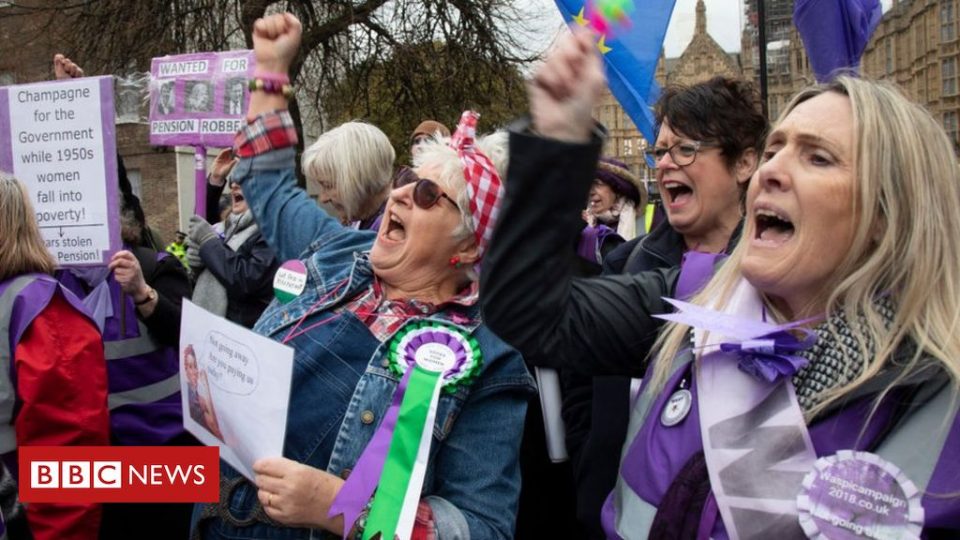 Labour has promised compensation to more than three million women who lost out on years of state pension payments when their retirement age was raised, if it wins the general election.

Shadow chancellor John McDonnell said the pledge would settle a “debt of honour” to women born in the 1950s.

Those expecting to retire at 60 were told they would have to wait years longer when changes to the state pension age were accelerated in 2010.

The so-called Waspi campaigners recently lost a significant legal battle against the government over its handling of the issue.

Waspi – the Women Against State Pension Inequality – had argued they were not given enough time to prepare for the changes.

Labour said it would make individual payments of an average of £15,380 to the 3.7 million women it claims were affected, with some payouts as high as £31,300.

Mr McDonnell said the compensation, which the party says could cost £58bn over five years, would make right a “historical wrong”.

He said those affected suffered “serious financial consequences” as a result of not being able to prepare for the rise in the age at which they would be eligible for their state pension.

“Some of them have been hit by a combination of poverty and stress, having lost out on what they had contributed towards,” the shadow chancellor added.

“We have a historical debt of honour to them and when we go into government we are going to fulfil that debt,” he said.

How did we get here?

But over the years it was argued that the difference was unfair, as women had a longer life expectancy than men.

So under the 1995 Pensions Act a timetable was drawn up to equalise the age at which men and women could draw their state pension.

But the coalition government of 2010 decided to accelerate that timetable, arguing that the state pension was becoming unaffordable.

Under the 2011 Pensions Act the new qualifying age of 65 for women was bought forward to 2018 – affecting millions of women.

While some of them had time to adapt to a longer working life, for others the change came as a shock.

Labour’s pledge comes as a contrast to the Conservative Party’s outlook on the Women Against State Pension Inequality (Waspi) campaign.

Boris Johnson was challenged by one of the women affected in Friday’s BBC Question Time leaders’ special.

The prime minister said: “I do sympathise deeply with the Waspi women… but it is very expensive to come up with the solution you want.

“I cannot promise I can magic up that money for you,” he added.

Labour describes the issue of the change in state pension for women as a “historical debt of honour” that the country needs to pay for.

Or in its words “the state will be expected to find the money, just as it would do if the government lost a court case, rather than a policy decision”.

Critics say this means the party has no idea where the money is supposed to come from.

But there is much sympathy for the women caught up in the change to the state pension age, many of whom have led a grassroots legal battle against the government on the issue for years.

Even while ruling against them, the judges in the case acknowledged “the court was saddened by the stories contained in the claimants’ evidence”.

And this clear support from Labour – lining up squarely against the government’s stance on the issue – could be very popular.

The distribution of wealth – Times-Standard