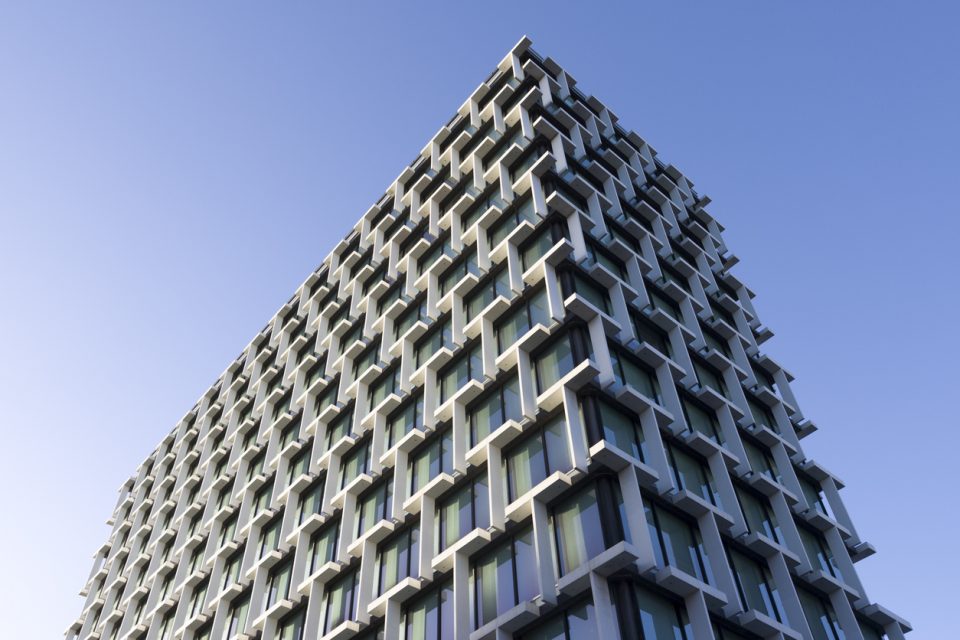 Some of Australia’s biggest funds are increasing their allocations to affordable housing and the budding build-to-rent sector, looking to the potentially defensive nature of diversified residential investments to stabilise their portfolios as other commercial property sectors face headwinds.

While institutional investors in Australia have long been involved with residential property through listed property trusts and direct investment in affordable housing, a convergence of economic factors has led some funds in search of new forms of residential investing.

Aware Super’s Meridian affordable housing development in Miranda is the fund’s first purpose-built build-to-rent affordable housing project in Australia. Scheduled for completion in September next year, half its 102 units have been allocated as affordable housing to be rented at 80 per cent of the market rate for the area. Another similar project in Melbourne’s north-east has just commenced civil works.

Damien Webb, Aware’s head of income and real assets, says Meridian began as a pilot project to see if the fund could make the numbers stack up while meeting a societal gap that is particularly relevant to its membership base of key workers who are concerned about affordable housing.

But the fund has discovered on that journey some opportunistic residential investments that have brought stellar returns due to an oversupply of built units from quality developers. Aware was able to buy the overhang of unsold apartments projects in Sydney and Melbourne, some at below replacement cost, Webb says.

“There have been very public issues with some developments such as towers cracking and that has impacted the market for high-rise residential developments,” Webb says.

“There’s been macro prudential regulation regulation also aimed at slowing the development of this market. So we were able to make the economics stack up by buying built products by actually negotiating with developers that were nearing completion or had reached completion but were left with an overhang of stock.”

These opportunistic investments have brought “phenomenal rates of return”, Webb says, and have received about $220 million of investment from Aware.

Aware is also underwriting developments when developers are struggling to get sufficient pre-sales or financing to proceed with building. This was the case in Aware’s yet-to-be-announced project in Melbourne’s north-east.

“We have come in as the financier and said we will underwrite all 300 apartments and we will absolutely be confirmed as taking 100 as key worker affordable housing when they are built in two years time,” Webb says. “But the developer has got an option to put the rest of them to us if they get stuck with them and we will rent them out.”

Where Aware is developing housing itself, Webb says the fund is getting a lower rate of return than it might achieve from other forms of commercial property, but these investments also have a lower risk profile. Apartments leased to key workers–such as nurses, teachers and police officers–in convenient locations at 80 per cent of market rents for the area will inevitably have very high rates of occupation.

“It really speaks to that risk return equation in our mind and it has got a role in the portfolio to play,” Webb says.

“Retail used to be the stabiliser in the portfolio. But clearly that sector is more challenged now. But we actually think a diversified residential strategy could provide good stability to the portfolio.”

Historically the return profile of the build-to-rent sector has made it unviable for super funds who simply have better options for higher risk-adjusted returns. The GST on construction costs is an enormous 120 basis points of total return, Webb says. Those who build to sell can claim back input credits, but those who build to own cannot.

High land costs in Sydney and Melbourne along with tax incentives available to individuals but not institutions–such as negative gearing–also make it hard for institutions to participate.

Scale is also a challenge, with larger funds needing large capital allocations to have a meaningful impact on their portfolios. This would potentially involve a lengthy and complex process of acquisition with all its associated risks.

Dr Martin Fahy, CEO of the Association of Superannuation Funds of Australia, says government incentives will be key to unlocking more broad-based investment in the sector from superannuation funds. Equity investment, in particular, is difficult for the sector because the rental return on social and affordable housing is necessarily less than in standard residential accommodation and other segments of commercial property.

“Without market development or subsidisation it is more difficult to attract capital at a wholesale level, at scale, rather than just in bespoke projects,” Fahy says.

The NSW government’s newly announced land tax discount for new build-to-rent housing projects will stimulate the development of the sector and make it more palatable from a risk-return perspective, Fahy says, but more policy levers should be considered.

Incentives could include making public sector land available for purchase at a discount, contributions to the development of public spaces and amenities, and potentially underwriting a level occupancy in a long-term leasing environment to alleviate some tenancy risk and provide greater certainty around income.

The desire from funds to participate more in social housing is clear. The first three social bonds issued by the National Housing Finance and Investment Corporation–totalling $1.9 billion since March 2019–were oversubscribed by superannuation funds.

“At this point in time debt investment is more palatable for superannuation funds,” Fahy says. “For example, the bonds issued by NHFIC stack up on a risk-adjusted return basis because they echo the traditional characteristics of a government bond, due to the government guarantee provided.”

Cbus has long had a strong focus on building premium housing to sell through its wholly owned subsidiary Cbus Property. It has also participated in all three NHFIC bond issuances. Linda Cunningham, head of debt at Cbus, says challenges around GST, land tax and stamp duty have prevented the fund from investing in other forms of premium housing.

Build-to-rent is potentially an investment class that could succeed in Australia as it has in other countries such as the United States, but Australia would need to have experienced businesses who could manage those assets on behalf of funds, Cunningham says.

“There is still a way to go in the Australian market to understanding those costs and the long term returns available which is really what is needed if the institutional investors are to be attracted to build to rent as an asset class,” Cunningham says.

It could also potentially be part of the solution to poor rental affordability in Sydney and Melbourne, Cunningham says, but there is no guarantee of this.

“In many markets including the US multi family market, many dwellings are at the more premium end of the market. These properties, which are often held by institutional investors are designed for parts of the market who are attracted to the services and facilities provided at the properties and are prepared to pay a premium.”

“I think it will be a more meaningful portion of investors portfolios but will it get to a third of your property portfolio alongside office, retail and logistics? Probably not,” Webb says. “When you add it all up, it’s definitely rivalling other asset classes in the portfolio.”

Ben Hurley is a journalist and editor with more than a decade of experience in the industry. He has written for The Australian Financial Review, Business Review Weekly, The Guardian and a range of specialised and industry publications.

Many small businesses fail because they are in an ‘adventure mode’