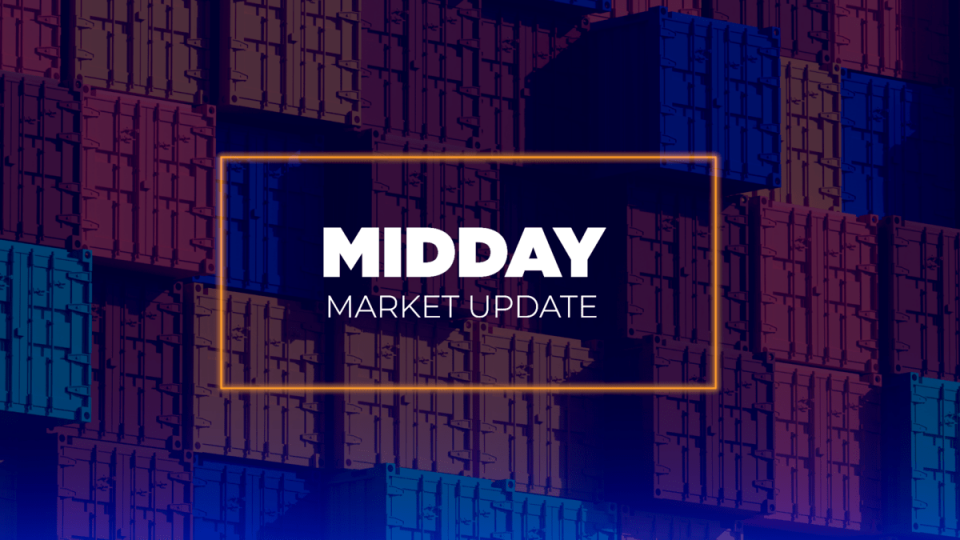 The second half of the week before Thanksgiving has shown continued growth in the market and several interesting new stories.

FedEx has lost a lawsuit filed by a dismissed driver after he was let go due to his bad knee.

David Goldstine has been awarded $6.8 million after he had issues closing a rolling door on a trailer and allegedly was refused help from supervisors when he sought it.

A jury said Goldstine’s termination violated the Americans with Disabilities Act and he was wrongfully let go. FedEx disputes these claims.

The StopTheTires2020 Facebook group founder has opened up about the failed protest.

Jeremy Rewoldt believes that social media disruptors ruined his group’s efforts, saying it was started to offer truckers a place to openly voice frustrations about the election results and was hijacked into something completely different.

He also says he was pressured by an outside source to start a driver strike within the group. The person responsible for that pressure admitted she was part of other pro-Trump groups and was looking to stir up some trouble.

A rookie trucker was busted with $2.8 million worth of marijuana while trying to cross into the United States from Canada.

He blamed his unawareness of the drugs on his rookie status. An investigation reportedly found that the seals on his trailer did not match his issued ones.

The second half of the week has seen the jump in tender rejection rates continue and that trend is forecast to keep growing into next week.

Strickland says that while carrier willingness will help keep rates from taking a true spike, a record-setting index over 28% is not an impossibility.

Strickland also says this week has marked a recovery for ocean freight as ships that were stuck in harbors make their way to being unloaded in ports.

Despite this, there is still a backlog of freight waiting to be moved into fulfillment centers and distribution centers ahead of the holidays.

There has been an increase in initial jobless claims this week, the first increase since Oct. 10.

This is worrying as typically peak retail opens up more job opportunities for people and unemployment goes down. Smith believes this is another lingering effect of the pandemic, saying the e-commerce boom and reinstated lockdown orders have kept brick-and-mortar stores from hiring their normal holiday staff.

Tim Leonard is the CEO and president of Velocity Transport Systems, a company built to help people understand what data and technology can do for them.

In the logistics business, data is king (as we see with FreightWaves SONAR) but it’s useless unless you understand how to use it. Leonard strives to combine physical data and technology advances into practices people can use to transform their businesses.

He has learned that relying on single modes of operations will quickly sink a company and that you have to be flexible. Data helps you control the decisions you make for your business, Leonard says, but it is not loyal to those decisions you make. You must be willing to change to what new data says to be successful.

Steve Ferreira, CEO of Ocean Audit, will be joining the ranks as a FreightWavesTV host with his new show, Navigate B2B.

Both the show and the company aim to help large companies understand their ocean freight impacts and opportunities.

He gave an update on the large number of imports currently moving overseas, citing Amazon’s recent orders of container loads as a good indication that imports are still booming.

Ferreira believes this trend and the market boom will continue well into 2021 with vaccine updates and the possibility of a second stimulus package being passed.

Kevin Hill agrees, but with the caveat that consumer reactions to lockdowns being lifted will encourage more spending on entertainment and travel and less on physical goods.

You can find more Midday Market Update recaps and recaps for all our shows here.

COVID-19: What we know about possible virus transmission from freight and packages

Global shipping trends: What to expect in 2020