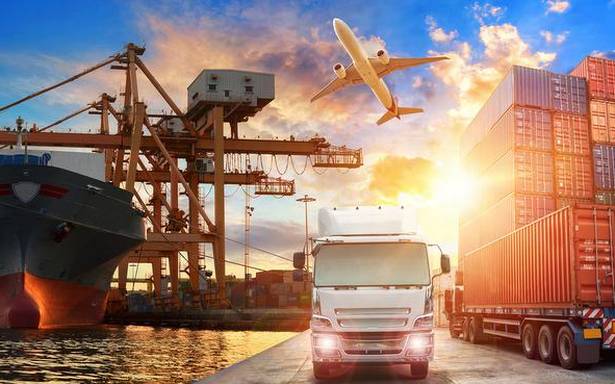 Logistics activity picked up in December 2021, helped by a healthy uptick in consumer spending, higher exports and wedding-related shopping. Higher activity aided freight rates which were up 4-5 per cent despite fuel prices remaining unchanged.

However as India faces a third wave of Covid infection, analysts expect logistics activity to get impacted on account of disruption in supply chains and movement of labour.

After the slowdown in November last year, e-way bill generation grew 17 per cent m-o-m in December at 72 million. E-way bill generation has been on rise for the last few months, except November, indicating a sustained improvement in truck operations due to the pickup in economic activity.

“December saw e-way bill generation growing 12 per cent y-o-y, with intra-State growing 13 per cent y-o-y and inter-State growing 9 per cent. The improved activity is also reflected in the FASTag toll collection numbers, which saw 16 per cent m-o-m growth to new highs of ₹3,700 crore,” Motilal Oswal said in a report.

Besides, freight rates remained firm during December on robust demand, driven by more consumer spending, wedding season demand, and strong exports. On the other hand, diesel prices remained unchanged during the month. Truck utilisation stood healthy at 80–85 per cent levels. On a cumulative basis, freight rates grew 40–45 per cent over June–December 2021, as per the Indian Foundation of Transport Research and Training (IFTRT), the report added.

“Going forward, freight rates may soften over the near term as the slowdown in activity due to Covid-19 may impact volumes,” the brokerage said. However cargo volumes handled at major ports remained flat on an annual basis at 63 million tonnes in December, a 6 per cent growth over November 2021. December witnessed a y-o-y growth in fertilisers, container traffic and Petroleum, Oil, and Lubricants (POL) segment, which was offset by a sharp decline in iron ore/coal segment. Container cargo, on TEU basis, grew 9 per cent y-o-y in December 2021.

“Growth could have been better, but was negatively impacted by the container shortage and elevated sea freight rates,” Motilal Oswal pointed out in the report.

ICRA in a January report on road logistics said growth over the medium term would continue to be driven by demand from e-commerce, FMCG, retail, chemicals, pharmaceuticals and industrial goods coupled with industry paradigm shift towards organised logistics players, post the GST and Ee-way bill implementation.

“The sector is also expected to witness some consolidation on account of the stress led by the pandemic. However, the threat of a new variant, has the potential to derail the momentum of recovery, if it becomes a source of fresh round of lockdowns/restrictions in near term,” it had said.