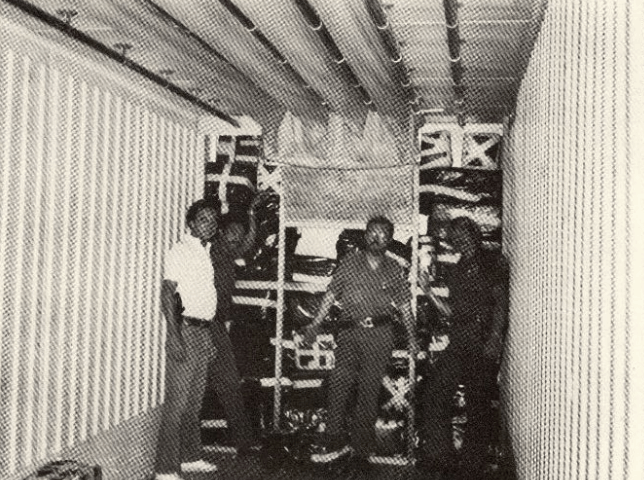 The many industries that make up the world of freight have undergone tremendous change over the past several decades. Each Friday, FreightWaves explores the archives of American Shipper’s nearly 70-year-old collection of shipping and maritime publications to showcase interesting freight stories of long ago.

The following is an excerpt from the May 1982 edition of The Jacksonville Seafarer.

Shippers and ocean carriers aren’t the only ones who are taking advantage of the trend toward containerization. Drug smugglers, too, are using marine containers for “intermodal” shipments of contraband into the U.S. Culprits include shippers, importers, and dock labor, says Customs, which is seeking to expand its network of informants in an effort to battle the rising trade in illegal drugs via commercial shipping.

Small boats scurrying back and forth between mother ships and secluded coves and creek mouths in Florida’s remote coastal areas — that’s the picture the general public has of the multimillion-dollar drug smuggling business in the Southeast.

This is an accurate picture, as far as it goes, but it’s an incomplete one. Because some of the discharge points for illegal drugs entering the U.S. are far from secluded. They’re the centers of Florida’s commerce — the marine terminals at the state’s ports.

Drug smugglers are discovering something that shippers, ocean carriers, and importers discovered long ago … the security, safety, ease, and speed of shipping their cargoes in marine containers.

Consequently, a smuggling network using false-sided and false-bottomed boxes, items of cargo with hiding places for caches of illegal drugs, and other clever subterfuges have been built up in Florida and other states in the Southeast.

The network is operated by shippers in Central and South America and the Caribbean and importers and dock labor — and no doubt, organized crime — in the U.S.

“Containerization has not only been a boon to the shipper, but it’s also been equally a boon to the smuggler,” said Jim Dingfelder, a spokesman for the Customs Service’s Miami region office.

‘Not even a newsworthy event’

How widespread is the operation? “It’s not even a newsworthy event anymore when we find drugs in containers,” said Dingfelder. “There have been a large number of seizures over the last two years.”

Compounding the Customs Service’s difficulty in combating the epidemic is the smugglers’ ingenuity.

Dingfelder pointed out that the drug runners modify standard marine containers by putting in false bottoms and walls, creating secret compartments where illegal drugs — bales and smaller caches of marijuana, cocaine, and the like — can be stored. The smugglers also hide the drugs in compartments in what appears to be legitimate cargo, like furniture.

Those involved in the smuggling operations using containers uncovered by Customs thus far have represented a broad spectrum of waterfront businesses and workers at marine terminals.

“There are conspirators among the longshoremen,” Dingfelder said. “We’ve caught longshoremen breaking them down [the cargoes in the containers] and taking the marijuana out.”

The longshoremen aren’t the only ones caught with their fingers in the illegal cookie jars, Dingfelder added.

“In one case, we observed a freight forwarder and customhouse broker pick up a container in which we had discovered pot and drive it out a terminal gate,” he said. “For some reason — maybe somehow he knew that we were watching that container — he turned around and carried it back into the terminal. There was nothing we could do.”

That was an unusual situation, Dingfelder said. Usually, in cases where the Customs Service had not discovered the contraband by opening and checking the containers, the boxes were simply delivered to their destinations inland — the essence of intermodal drug running.

The problem, in fact, has become so serious that the Customs Service is embarking on an effort to expand its network of public — but secret — informants.

“It [the program to encourage citizens to inform the Customs Service of suspicious activities] has been in place for some time,” Dingfelder explained. “The difference is that it’s always been on a one-to-one basis between the agent and the informant.

“That’s great within the scope of what the person [informant] knows, but what we’re trying to do is make the public more aware of what we’re doing — and to make them aware that we’re willing to pay for information.”

And the payments can run into big bucks. Informants can be paid up to 25% of the value of the merchandise and conveyances seized, up to a $50,000 limit per case.

The money generally comes from the sale of the vehicles, planes or boats used to smuggle the contraband.

“It should be stressed that marijuana and cocaine is contraband, and therefore considered by Customs to have no value,” said Andrew J. Hoffman, director of the Miami Region Customs Patrol Office. “The value of vessels, aircraft, vehicles, etc. utilized in transporting the contraband is the basis used to compute a reward payment.”

Hoffman added that smaller payments — averaging $2,500 to $5,000 — are also made for information leading just to the seizure of contraband and/or arrests. The Customs Service considers the size of the seizures and the importance of those arrested in making such payments.

In the best cops-and-robbers fashion, Customs agents generally try to follow a container in which they’ve discovered contraband to its consignee to net the “big fish” involved in an operation, Dingfelder said. That’s not always easy to do, given the nature of the waterfront, where it’s difficult to keep any secret for very long.

Hoffman emphasized that the Customs Service goes to great lengths to protect its informants from gangland-like retribution.

“It is the policy of the Customs Service not to reveal the identity of any confidential source of information,” he said.

When a person agrees to furnish information, he’s given an assumed name, and his true identity is known only to the two Customs Patrol officers with whom he deals. When a reward is paid, the officer meets the informant and pays him cash. The informant signs his assumed name on a receipt, and that’s the only record made of the transaction.

Hoffman said no informant in the Miami region had ever been harmed. 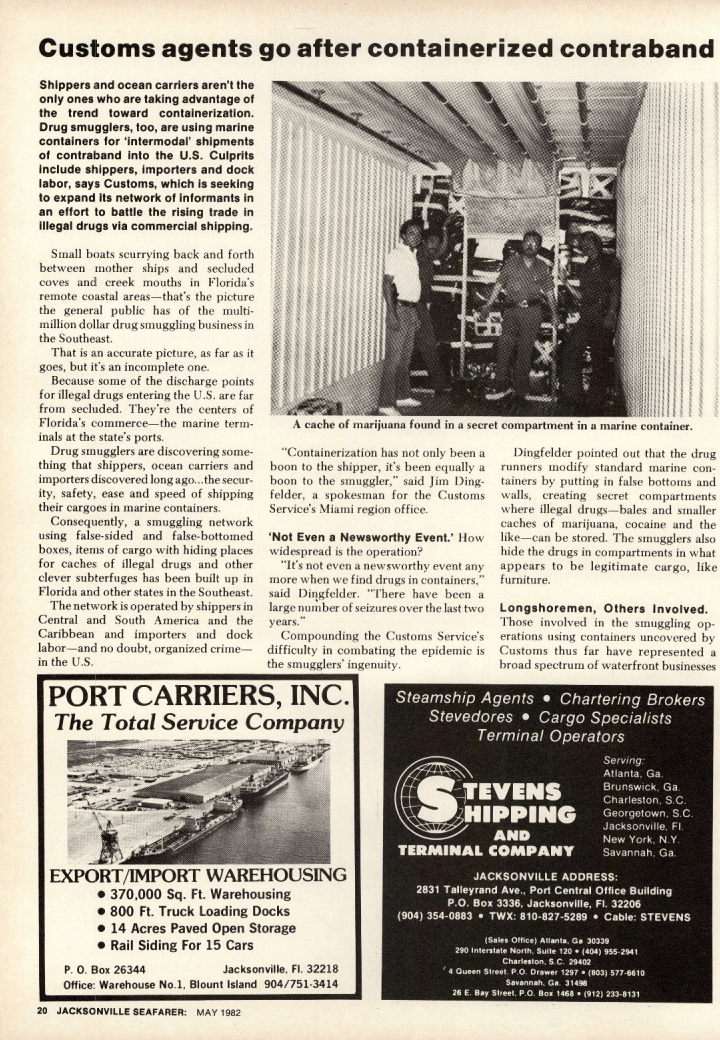 Milk unions resort to second round of procurement price cut