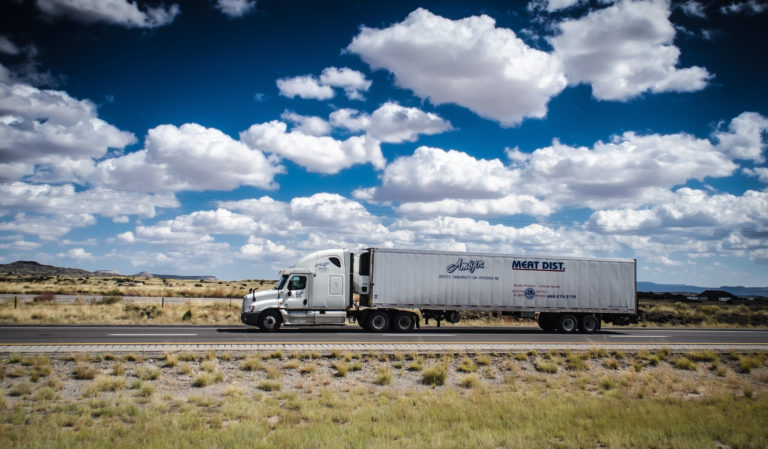 Deregulation of the U.S. trucking industry began in the late 1970s. Congress passed the Motor Carrier Act of 1980 and it was signed into law by President Carter on July 1, 1980.

One of the most dramatic changes due to deregulation was the virtual explosion in the number of trucking firms. From 1980 to 1990, the number of licensed carriers doubled – from fewer than 20,000 to more than 40,000!

Forty years after the deregulation of the American trucking industry, truckinginfo.net estimates that there are 1.2 million trucking companies in the U.S. About 80% of these trucking companies are regarded as small businesses, with six trucks or less. So while the industry is still regulated by the U.S. Department of Transportation, the opportunities to enter the market have broadened dramatically. It is estimated that there are over 15.5 million trucks on the road; about two million are tractor-trailers.

Some might say that “trucks are trucks…” and that is true to a degree. But every company has its own story. Moreover, almost every trucking company’s tractors and trailers have their own identities – different paint jobs, logos, decals, messages, etc. And looking at them for many of us never gets old!

combines the best of both logistics methods – its trucking assets blended with a vast network of carrier relationships to help customers meet their transit goals.

Based on the results of an independent survey commissioned by Newsweek magazine, American Van Lines ranked as one of “America’s Best Customer Service 2019” in the Moving Services category.

In business since 1995, American Van Lines began with “only two trucks and a dream.” It is now a nationwide moving company that is family-owned and operated. Based in Pompano Beach, Florida, American Van Lines can be a single source for the relocation process – moving and storage services, as well as auto shipping assistance.

Anthony Disorbo is the owner of American Van Lines, and has been in the moving industry since he was 15 years old. Starting with fewer than 20 employees, the company now has over 100 employees,

Since 1995, the company has helped to move over 50,000 families across town or across the country, and also handles corporate and military relocations.

A family-owned and operated company of specialized furniture carriers that was started in 1992, American West is based in San Luis Obispo, California.

American West’s Sun Delivery subsidiary is a nationwide white-glove and threshold delivery provider of furniture and home goods. Sun Delivery proudly operates as an extension of American West with daily pickups and linehaul services. Its deliveries span coast to coast.

The “American West Way” began as a mission project to give back to the community nearly 30 years ago. Each year, 10% of American West profits go to support organizations and those in need. The program has supported food ministries and has fed more than one million people in the Santa Ana region of California. In addition, American West has provided freshwater wells in Ethiopia and Uganda, as well as starting schools in Bangladesh, India, Nepal and Zambia.

A family-run trucking business based in Bensenville, Illinois, with a second location in South Plainfield, New Jersey, AmeriFreight Systems specializes in long-haul full truckload deliveries across the continental United States and the southern parts of Canada. In addition, the company also provides related services in the logistics industry, including brokerage and expedited deliveries.

The Valnev family immigrated to the Chicago area from Bulgaria in 2003. Seeing an opportunity in the trucking logistics industry, the family founded AmeriFreight Systems in 2006, “naming the company after the country that afforded us the opportunity to start the company in the first place.”

The company specializes in freight deliveries of dry and refrigerated goods. While it is focused primarily on long-haul routes, it is also equipped to handle short-haul and interstate moves.

In addition to its ground transportation and trucking services, AmeriFreight can help customers by facilitating shipments via air, rail and sea through its freight brokerage service.

One of the most established television production facilities in New York was founded in 1976 by Anton Duke, who originally was a German baker who immigrated to America during World War II. All Mobile Video (AMV) began operations in 1976 with a small ¾” offline video editing system, one camera, one ¾” VTR, and a minivan.

In its early years, AMV’s jobs involved taping all over the New York metropolitan area, other boroughs, and a few out of state jobs. Over time, though, “all mobile” took on a very literal meaning.

All Mobile Video crews and equipment have done location shooting across the United States, Puerto Rico, Canada and Mexico. The company has also had jobs in Brazil, Chile, Kenya and Peru. The company’s experience shooting in a variety of locales and success transporting multiple cases of delicate, expensive and temperamental television equipment has helped grow its reputation.

Starting as a modest rental services and post-production facility, All Mobile Video has evolved into a full-service production company.

Amigos Meat Distributors was founded in 1994 in Houston, Texas. From “middle meats to variety meats, thin meats to grinds,” Amigos Meat provides a variety of customers’ beef needs.  It carries dozens of brands that include all USDA grades, in addition to Canadian and Mexican imports. The company is also a licensed Certified Angus Beef® retail distributor.

Seeking to expand into other geographical regions, Amigos focused on Chicago, one of the most competitive meat markets in the country. It opened a facility in Chicago in 2001 to service the Midwest. Amigos expanded again by opening facilities in Atlanta and Phoenix to service the eastern and western regions of the country. Most recently, Amigos opened a distribution center in Dallas to operate more efficiently and better serve its Texas-based customers.

According to the AMSOIL website, company founder “Al Amatuzio built his company on the same principles that defined his time as a jet fighter squadron commander – excellence, integrity and strong leadership.”

After years of research, Amatuzio’s breakthrough came in 1972. AMSOIL 10W-40 synthetic motor oil was the world’s first synthetic motor oil to meet American Petroleum Institute service requirements. It outperformed conventional oils, and today, nearly every other motor oil manufacturer recognizes the superiority of synthetic lubricants and sells synthetic motor oils of their own. But “AMSOIL is The First in Synthetics®.”

Amatuzio’s idea 50 years ago is now a company that is a world leader in synthetic lubricant technology. And although it could manufacture its products in other countries, AMSOIL  formulates, blends and packages AMSOIL synthetic lubricants in the United States.

Andrews Van Lines was headquartered in Norfolk, Nebraska for 93 years. Established in 1920 by Roy Andrews, the company was sold in 2013 by his son, Clayton, who had run the company for decades.

Interviewed by the Norfolk Daily News at the time of the sale, Andrews said, “The purchaser had to keep the company in Norfolk… and could not terminate any of my employees. They were more than agreeable. As far as my employees are concerned, if we would not have told them that there was a sale, they would not even have been aware of it.”

The company was founded the same year his son, Clayton, was born. “I grew up in the business,” he said.

After serving in the U.S. Air Force Clayton Andrews returned to Nebraska and worked for the company until his father retired in 1954. After taking over the business, he built Andrews Van Lines into a worldwide transportation company with 132 agencies. Andrews Van Lines was focused primarily on moving household goods and general commodities. It also had contracts to move military personnel to and from overseas destinations. The company operated in all 50 states and 21 countries.

Andrews’ faith and trust in the company’s employees gave him time to also focus on  co-founding a Christian-based international humanitarian organization in 1993 – Orphan Grain Train. A volunteer non-profit, Orphan Grain Train ships relief goods to needy countries as well as serving disaster areas in the United States. Using his transportation and leadership skills as vice president/CEO, he helped to grow Orphan Grain Train from one facility in Norfolk to 19  satellites across the country.

He died at the age of 96, and until he was 95 he would be found everyday in coat and tie working in his office. He was inducted into the Nebraska Business Hall of Fame by the State Chamber of Commerce in 2011. He was awarded the Lifetime Philanthropist Award by the Philanthropy Council of Northeast Nebraska in 2013.

Jim Andrus and his wife, Mary, established a trucking business in Mesquite, Nevada in 1970. He bought an old truck to start the company, and as the business grew, Andrus added a few more trucks and began hauling hay cubes to California, as well as having a separate fertilizer business.

He then built an office at his house and launched a crew of dispatchers, customer service representatives and accounting personnel. Andrus Transportation moved to a larger yard to have room to park the trucks. A trailer became the office and a shop was built to repair the growing fleet of Andrus trucks.

In 1986, Bill Andrus joined his brother in the business. Bill had been driving trucks for years. Two years later the partners moved Andrus Transportation from Mesquite to St. George, Utah. The business began by providing local produce service, but is now licensed in the 48 continental states. However, Andrus Transportation Services primarily operates in the 11 western states. It delivers western regional van and flatbed freight, regional deliveries in and out of the Dallas-Fort Worth metroplex. In addition to its facilities in St. George, Andrus has additional terminals located in Fontana, California, Dallas and Salt Lake City.

In October 2010, James R. Andrus, Jim and Mary’s son, was promoted to President of Andrus Transportation. Tav Andrus (one of Bill’s sons) was promoted to Vice President of Maintenance at the same time. In keeping with the family legacy established by Jim and Bill, Andrus Transportation continues to be actively involved in the industry and the community. James served as President of the Southern Utah Trucking Association and is currently one of the officers of the Utah Trucking Association.

How Will the Recovery of Containerized Trade and the RCEP Trade Agreement Affect the Global Tank Container Shipping Market? Technavio | Business & Finance