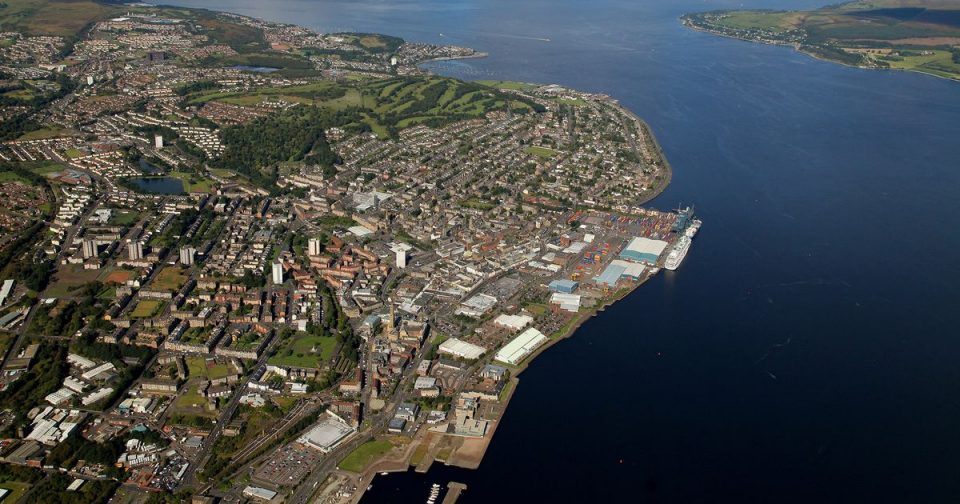 More freight traffic should be diverted to major UK ports outside the South East of England bringing economic and environmental benefits post-Brexit, a new report says.

Ports in Clyde and Forth,Plymouth, Bristol, Liverpool, Hull. Grimsby, Tyne and Teesport are among those that could see a boost if economic activity is spread around the country, with the added bonus of reducing congestion in the France-Kent corridor and cutting down on the amount of lorries on UK roads.

The UK Major Ports Group (UKMPG) said the sector can handle much more EU-UK trade – equivalent to an additional 60% of 2018 traffic – after the transition period ends in January 2021.

The industry body said that if freight flows through UK ports outside the so-called “Short Straits” of the English Channel, such as the Calais to Dover route, they can immediately provide greater resilience for supply chains, including food and other essential goods, in 2021 and beyond.

UKMPG, the voice for the UK’s largest port operators, has released its report revealing that the UK can reduce the risks of delays and congestion after the EU transition period.

It said that with new border processes and controls approaching regardless of any deal with the EU, it is critical that the UK prepares now.

The report – titled Maximising EU/UK Trade Resilience Through Making the Most of the UK’s Ports – finds that UK ports could handle much more freight if it is spread around the country.

This enhanced capacity could be equivalent to about 60% of 2018 flows, or the same again as used on Short Straits routes, particularly through unaccompanied roll-on-roll-off (RoRO) trailers and short sea containers.

Terminals around the country already have the capacity needed to immediately provide greater resilience for supply chains, the report said.

For instance, RoRo terminals that have existing scheduled services to the Continent in ports between Plymouth and the Tyne could accommodate up to an additional 3.6 million unaccompanied freight containers.

The report also estimates that the consequences of checks and other changes to supply chains currently crossing the Short Straights, and restrictions on the ability of EU HGV drivers to operate in the UK, could mean a 22% to 60% switch in freight volumes to other UK gateways.

It suggests potential reshaping of EU-UK trade flows could increase trade volumes flowing through ports on the East Coast in particular – from the Thames to Suffolk and onwards to the Humber and the Tees – but also with additional benefits along the South and West coasts.

Environmental factors would also additionally benefit ports in the North and West. The report outlines environmental benefits. from a switch of traffic to a wider network of ports often closer to the end customer across the UK.

This replaces road miles, which have associated higher freight emissions and congestion challenges, with much lower CO2 sea miles. This broader spread of traffic flows would also support more port and logistics sector jobs across the UK.

The report also pointed out that the UK will have to rely on exports passing through EU customs and border inspection procedures to avoid delays in the UK.

This could lead to disruption of supply chains in both directions, emphasising the importance of diversifying freight transport across multiple ports.

Tim Morris, chief executive of UKMPG, said: “There are ports all around our coast able and willing to bolster the UK’s trading capacity.

“Realising this additional resilience capacity will deliver crucial benefits to the UK in keeping trade flowing in the short and longer terms, as well as contributing important environmental improvements.

“We urge cargo owners to intensify their preparations for the new border checks and systems that are coming and carefully review their supply chain options, while government must provide adequate border infrastructure and maintain a level playing field for ports across the UK.”

EU Transition Mnister Rachel Maclean said: “Our world-leading ports are fundamental to our success as a global trading nation. We are working with ports across the country to boost capacity and build a greener way of working so they continue to thrive for decades to come.”