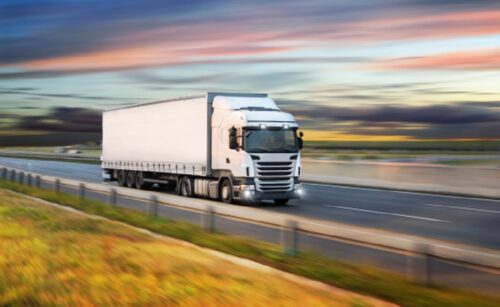 Methanol fuel cell technology can contribute to the decarbonisation of a sector where direct electrification alone is not possible: Blue World Technologies

“Worldwide the interest in the green transition of the transportation sector has increased significantly within the past years, and the focus is going beyond direct electrification. For instance, it can be seen when looking at Power-to-X technology, where renewable electricity can be turned into liquid methanol as an alternative fuel to gasoline or diesel. Based on that, we see the heavy-duty market as a very promising market for us to address”, says Mads Friis Jensen, CCO, and Co-founder at Blue World Technologies.

An alternative road for decarbonisation of heavy-duty freight transport is through indirect electrification with renewable liquid electro-fuels in combination with fuel cell technology or internal combustion engines. Liquid fuels, such as methanol (CH3OH), produced from renewable electricity are highly compatible with existing distribution and refuelling technologies enabling a cost-effective, safe, and flexible transition from fossil-based fuels to renewable and CO2-neutral fuels. The future of heavy-duty freight carriers is most likely to be a combination of different drivetrain technologies designed to meet specific demands and operations in specific areas.

Fuel cells is a prominent technology for indirect electrification through renewably produced methanol to overcome the inherent disadvantages of batteries in heavy-duty applications. A methanol fuel cell drivetrain is equipped with an onboard reformer converting the liquid methanol into a hydrogen-rich gas. The fuel cell converts the reformate gas into electricity powering the electric motors. The combination of onboard reforming and high-temperature PEM fuel cells creates a thermal symbiosis offering high electrical efficiency while eliminating NOx, SOx and particle (PM) emissions. Methanol from biomass and renewable origin also eliminates CO2 emissions from a well-to-wheel perspective and truly enables CO2-neutral mobility.

Methanol is a high-density energy carrier which is liquid at atmospheric pressure making it simple and cost-effective to refuel and store in large volumes onboard heavy-duty vehicles. Providing high vehicle availability, long driving range, and superior drivetrain energy density, methanol is comparable with diesel engine heavy-duty trucks and it exceeds beyond batteries and other renewable energy carriers. A high drivetrain energy density enables equivalent payload as today’s diesel trucks is an essential element for transportation companies. Compared to hydrogen-powered fuel cells, a methanol fuel cell system eliminates some of the difficult challenges linked to handling and distribution, infrastructure investments, and low volumetric energy density.

Light and heavy-duty freight trucks account for 27.9% of all road transport emissions in Europe and in connection to the Paris Agreement’s goal of becoming climate-neutral in 2050, it requires fundamental changes to production and usage of transportation fuels to meet the goals. Methanol is already commonly used in the industry, and therefore widely available around the globe. Today, methanol is mainly produced from natural gas and coal, however, with the ongoing expansion of renewable energy production from wind and solar, the need for energy storage and Power-to-X solutions are on the rise and multiple businesses throughout Europe are already exploring the potential of converting different feedstocks, including renewable electricity, biomass and solid waste, into methanol. A complete map of activities related to renewable methanol can be found here.

The potential applications for renewable methanol are endless. Methanol is already used in maritime applications, light and heavy-duty transportation, passenger vehicles, and for stationary power generation. In China, Geely commercial vehicle brand has developed the world’s first pure methanol combustion heavy-duty truck providing significant reductions of CO2 and other tailpipe emissions. Methanol is a biodegradable and clean-burning fuel, and MAN Energy Solutions has developed a dual-fuel methanol engine to meet the stringent emission regulations in sea freight transport. Multiple countries, including Denmark, are exploring different blending strategies to reduce CO2 emissions from combustion engine vehicles. A methanol/gasoline blended fuel for existing gasoline vehicles is a cost-effective approach for achieving CO2 reductions while avoiding massive investments in new vehicles and infrastructure development, as methanol is compatible with the existing refuelling facilities.

Blue World Technologies is an advanced developer and manufacturer of methanol fuel cell components and systems as a real green alternative to the combustion engine. Blue World Technologies is founded on extensive experience from the fuel cell industry. The exclusive fuel for Blue World Technologies fuel cell systems is methanol. A renewable liquid fuel that simple and cost-effective can be stored for years and transported around the world, unlike other alternatives. The company is focused on the High-Temperature PEM-technology combined with methanol-reforming. The combination ensures a simple system design with high conversion efficiency and compliance with automotive design requirements. The end solution is a vehicle with all benefits; long-range, fast refuelling, zero harmful emissions, and low fuel cost.

Five taken to hospital after explosion at Dunedin factory

Why your package might be late: Shipping industry warns of trade logjam as crews remain stranded

Passenger restrictions not all plain sailing for ferries