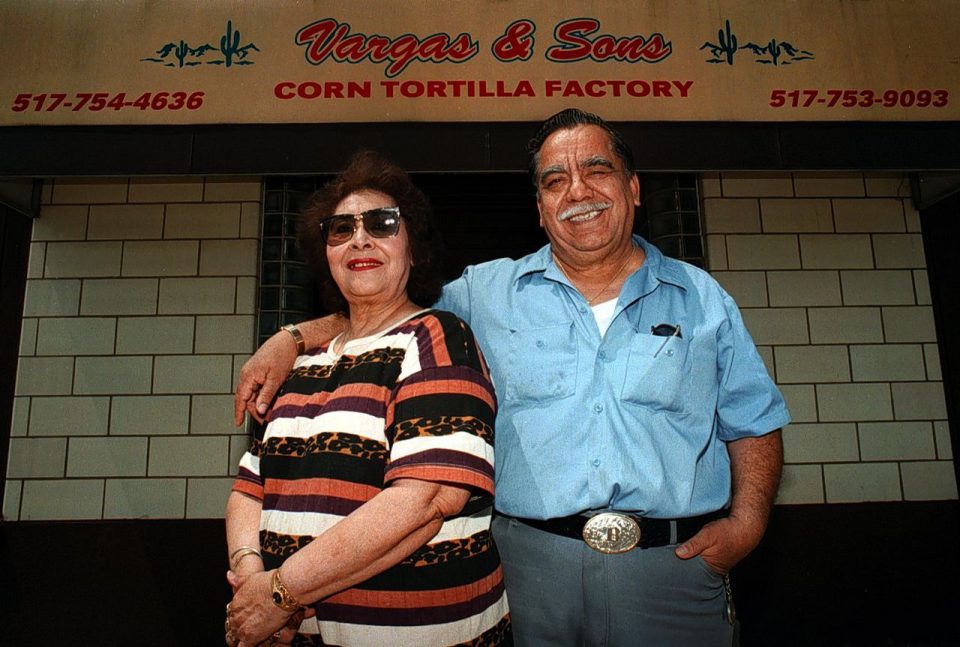 Vargas was born in Dolores, Texas in 1928 and worked for General Motors’ Saginaw Malleable Iron plant for more than two decades, according to his obituary. He and his wife bought the bakery that would become his family business in 1962; more than five decades later, the Vargas family still runs the business, now located at 125 S. Park Ave. in Saginaw.

The store sells its famous “taco bread” as well as other staples like chorizo, and serves hot meals as well on weekends. Vargas’ tortillas have attracted many loyal customers, who take their fandom with them as they move away from Michigan, said daughter Pauline Najera. They’ve shipped tortillas as far as Hawaii and Germany, and Atlanta is another business hotspot. Saginaw High School graduate and NBA star Draymond Green has raved about Vargas & Sons in interviews.

Vargas was the patriarch of a massive family. He had 11 children, 46 grandchildren and great-grandchildren as well, according to his obituary. Among others, his wife Pauline, son Rudolph and three of his grandchildren preceded him.

Vargas didn’t have a business degree, but he had a heart and a dream, Najera said. He’ll be remembered not only for his hard work, but for being a loving father, husband and grandfather, she said.

“Our father not only impacted his community, but the world,” Najera said.

The family will hold a private service for Vargas Tuesday, Aug. 11, at St. Joseph Catholic Church, where he was a parish member. Visitation for family and friends is set for Monday, Aug. 10, from 12 p.m. to 8 p.m. at W. L. Case & Company Funeral Chapel, located at 4480 Mackinaw Road, with a vigil planned for 7 p.m. that evening.

Vargas’ obituary asks mourners looking to express sympathy to donate to St. Joseph or another charity.

Freight forwarders innovate to stay in the race

Ladder to door was only escape for deadly India factory fire