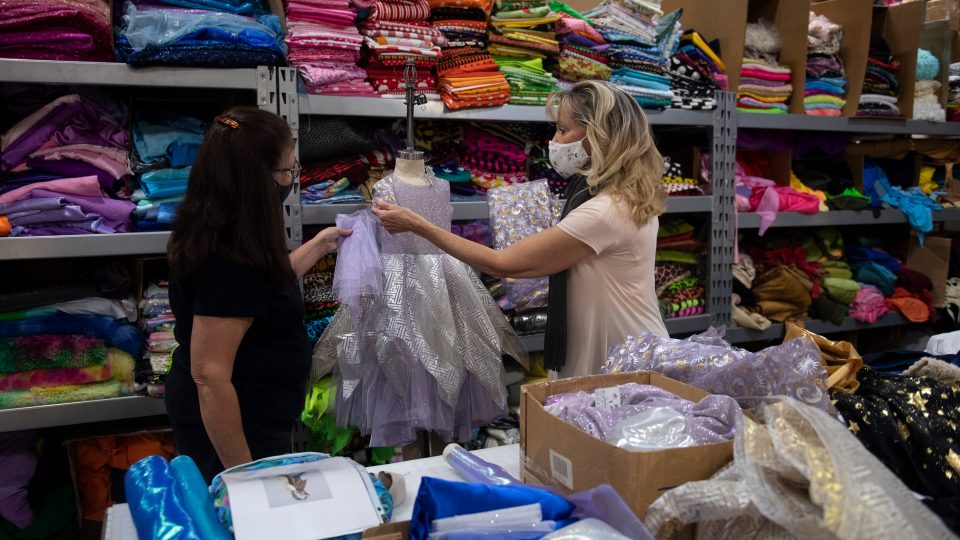 It’s not something she ever wanted to do, but with its parent company facing financial woes over the COVID-19 pandemic, Clements is shuttering Princess Paradise, the wholesale costume company she started out of her Fort Collins home almost 40 years ago.

Clements said she was informed last week that Princess Paradise, a subsidiary of Rubie’s Costume Co., would close. The national Halloween giant — really “the king of the hill” in the costume world, Clements said — filed for Chapter 11 bankruptcy in April. Around that time, Rubie’s had reported both a dip in sales due to COVID-19 and the need to furlough all but 142 of its 800 workers, according to Newsday.

Clements said she was informed of the situation last Friday and has spent the days since packing up Princess Paradise’s supply of costumes and accessories. She plans to have the company’s 8,500-square-foot Harmony Road warehouse fully cleaned out by the end of the month, she said.

“This is my baby,” Clements said.

Most of her supply had to be sent back to Rubie’s, Clements said.

She is planning to sell off all of her remaining costumes and accessories during a closing sale Saturday, which will take place from 8 a.m. to 3 p.m. at 1833 E. Harmony Road No. 7, she said.

A socially-distant spooky season: Your pandemic-friendly guide to Halloween season in Northern Colorado

The sale is a rare chance for retail sales at Princess Paradise, which has almost entirely been a Halloween apparel wholesaler over the past four decades. Apparel and accessories will be extremely marked down, with the most expensive adult costumes costing $15, Clements said.

Princess Paradise dates back decades. In the early 1980s, when Clements sold Avon makeup products, she also started designing and sewing fabric Easter baskets as part of a church project in Fort Collins.

She’d carry her Avon supplies to customers in those baskets, “and people wanted to buy the baskets instead of the Avon,” Clements said with a laugh. “I started thinking, wow, what else could I make?”

She started sewing more fabric items and selling them at craft shows, where she saw unique items like star garland halos and fairy wands.

After making her own halos and wands, she hired a product representative who connected her with Disney. Soon, Disney was selling Clements’ wands and halos in its retail shops and at its amusement parks. She branched out into designing and making Minnie Mouse ears, and later, other apparel and accessories for Disney, which remained one of her biggest clients for years.

Since 1981, Clements has been designing Halloween apparel for Princess Paradise, which quickly outgrew her home operation and has been based out of its Harmony Road warehouse for decades, she said.

“It just kept morphing into more and more costumes,” Clements said, adding that at one point, she had roughly 150 employees based out of Colorado.

In the 1990s, Clements ultimately moved Princess Paradise’s production to China and Tawain, where she said she’d often travel to purchase fabrics.

Princess Paradise typically introduced 100 new designs to its offerings each year. In recent years, Clements said the company would sell between 300,000 and 500,000 wholesale costumes to a mix of in-person and online retailers.

In 2013, it was purchased by Rubie’s Costume Co. They retained Clements to run Princess Paradise and remain its president.

Over the years, Princess Paradise has fulfilled costume orders for major retailers like Target, Mervyn’s and Walmart as well as online retailers Fun.com and Chasing Fireflies.

But with COVID-19 causing economic uncertainty, Clements said Rubie’s Costume Co. faced cancellations on millions of dollars worth of costume orders by major retailers this year.

And then came the writing on the wall following Rubie’s Costume Co.’s bankruptcy filing earlier this year.

Clements said despite the recent curveball, she has no plans to retire and will stay in the costume industry in some capacity.

Erin Udell reports on news, culture, history and more for the Coloradoan. Contact her at ErinUdell@coloradoan.com. The only way she can keep doing what she does is with your support. If you subscribe, thank you. If not, sign up for a subscription to the Coloradoan today.