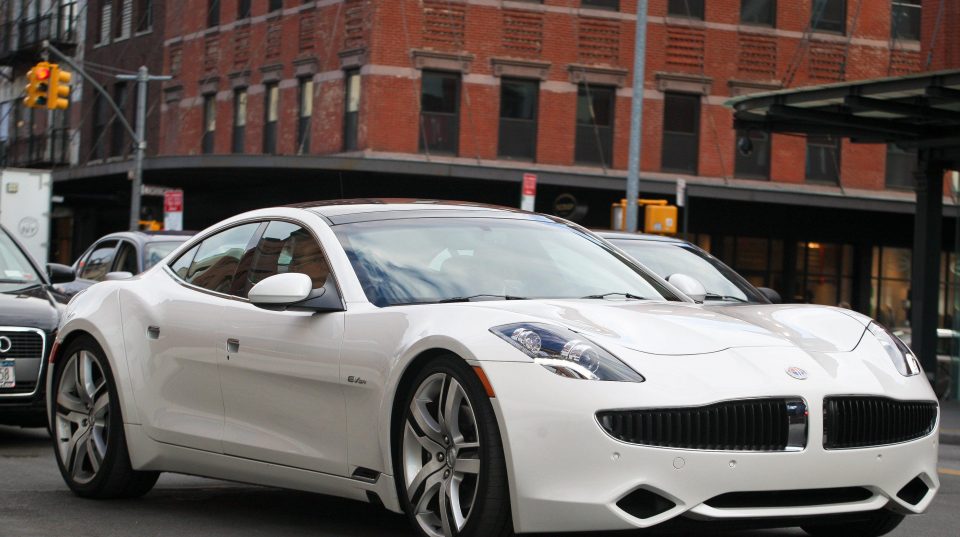 Once synonymous in Delaware with automobile assembly, Boxwood Road’s long path to e-commerce is nearing its end.

The site of the former General Motors plant near Newport will become a logistics center, specifically a LogistiCenter – the branded name assigned to such facilities by a Nevada distributions company that has Amazon.com as a client.

On Friday, Reno, Nevada-based Dermody Properties announced its purchase of 88 of the site’s 142 acres from Newport developer, Harvey Hanna and Associates.

The companies did not list a purchase price. On Thursday, Harvey Hanna President Thomas Hanna said he is contractually bound not to comment, citing a non-disclosure agreement.

In its statement Friday, Dermody said Boxwood’s value lies in its proximity to the deepwater Port of Wilmington and to highways that give quick access to Philadelphia, New York City, Washington, D.C. and Baltimore

It marks the end of a chapter for the Boxwood Road property that for decades served as a manufacturing hub for northern Delaware, while being commonly referred to by the street on which it sat.

Dermody Properties’ involvement in its redevelopment first became known during the summer after the firm posted a brochure online that highlighted plans for a 3-warehouse distribution facility at the newly named LogistiCenter at I-95 Wilmington. 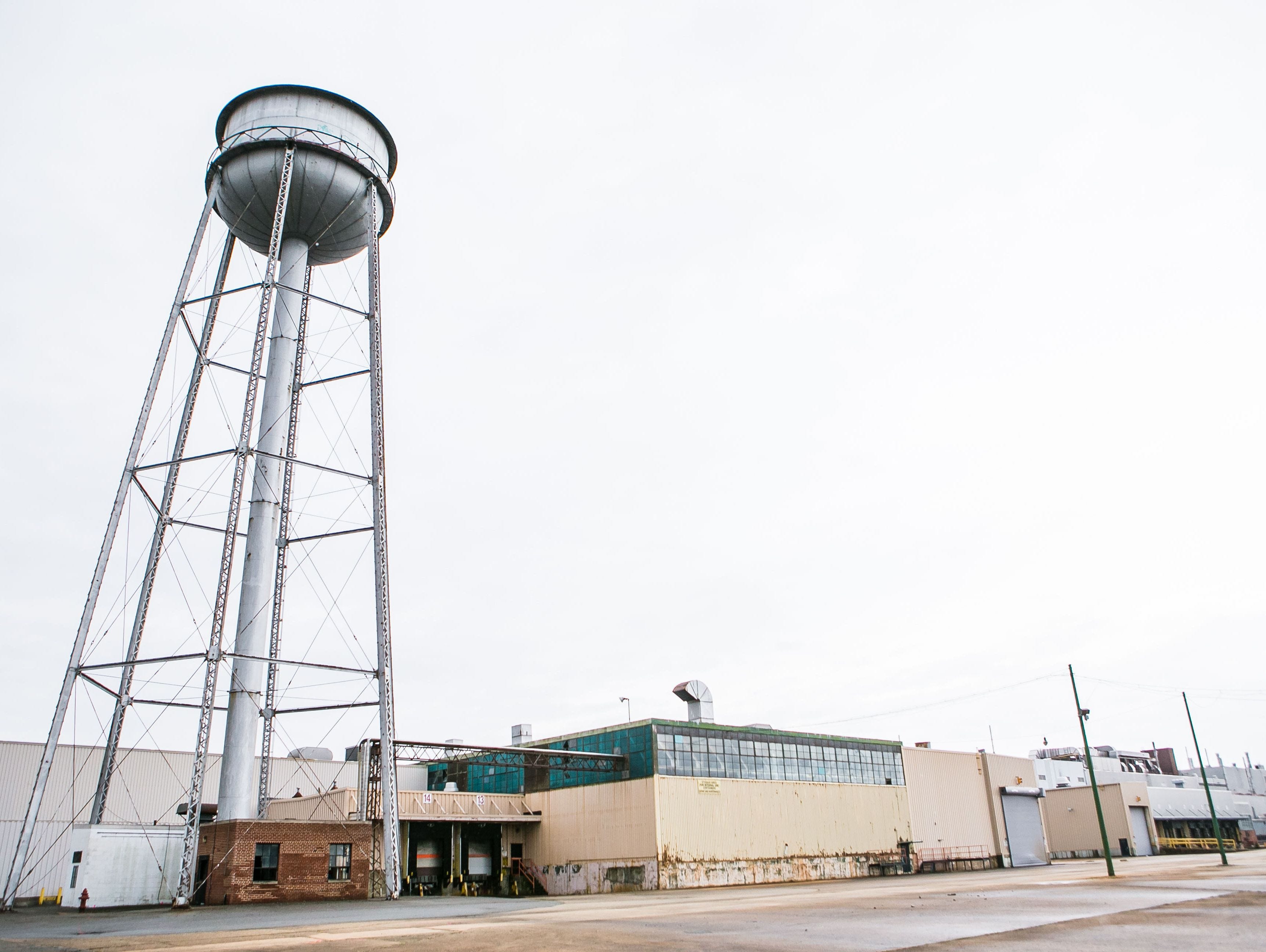 After demolition of the nearly 3-million-square-foot facility, plans are to make the Boxwood Road plant home to a fulfillment and distribution campus spread across four buildings with a lower overall footprint than the previous structure. (Photo: Suchat Pederson, The News Journal)

Updated blueprints filed with New Castle County’s Board of Adjustment now show a massive single warehouse totaling nearly 4 million square feet in the center of the property, surrounded by parking for tractor trailers, and for cars. A request for zoning certification filed on Oct. 31 also made clear that the facility will become a logistics and distribution center.

While the latest plan appears to fit the needs of an Amazon distribution center, Dermody Properties did not reply to requests from The News Journal to comments about who, if anyone, has signed on to become a tenant.

When asked if the county knows whether Amazon is coming to Boxwood, Brian Cunningham, spokesman for New Castle County Executive Matt Meyer, said he can’t comment.

A Harvey Hanna spokesman on Friday said no tenants have been signed on for its 54 acre section of the property.

Harvey Hanna purchased the site in 2017, nearly a decade after GM abandoned the auto plant and four years after Fisker Automotive failed to resurrect Delaware’s manufacturing there with an electric vehicle plant.

It was the wake of the Great Recession and the state and federal government had showered Fisker with millions of taxpayer dollars only to see the company go bankrupt after its battery supplier similarly went under.

Following its purchase, Harvey Hanna shifted the site away from manufacturing, marketing it as an e-commerce center.

“Manufacturing, if it hasn’t left the country altogether, it certainly has left the state,” Hanna said last year.

Starting late last year, demolition companies began to level the buildings where thousands of employees once churned out Chevrolets, Pontiacs and Saturns.

The project turned controversial after a secretly recorded video of the work showed what appeared to be asbestos dust wafting over the site.

In August, the Delaware Department of Natural Resources and Environmental Control fined the demolition company, EcoServices, LLC, and its foreman $20,000 each for violating emission standards for hazardous air pollutants.

The plan would be to turn it into a distribution facility linked to an expanded Port of Wilmington.

The Delaware property had been left in an uncertain position after a Chinese-owned company, called Wanxiang America, purchased all of Fisker’s assets.

That, in turn, left Delaware officials uneasy. They long had counted on the site to provide thousands of middle-class, largely union jobs.

In his quest to buy the site, Gordon first hired the prominent land-use attorney, Larry Tarabicos, to compose a proposed purchase agreement. Then, he sent his number two, David Grimaldi, to Wanxiang’s Chicago office to pitch the sale.

“But, when I got back, I got a strange email from them that said you guys in Delaware need to speak with one voice,” he said. “It seems that there was somebody at the state who was pushing back on our transaction.”

Grimaldi said he didn’t want to speculate about who in the state might have been working against the sale.

Emails obtained in an open records request show Grimaldi had discussed the state’s plans with what appeared to be a skeptical Alan Levin, the Delaware economic development director at the time.

In June 2014, the same month Tarabico wrote the county’s proposed purchase document, Levin told a News Journal reporter that then-Gov. Jack Markell and Delaware Sen. Tom Carper were “in communication with Wanxiang and discussing with them their plans and options for the facility.”

He then sent an email to Grimaldi urging the county to give Wanxiang more time “to formulate their position.”

“Since you do not have a plan for the site, I can see no way that the State of Delaware could endorse an offer at this time,” Levin said in the email.

Asked on Friday about the exchange, Levin said the state’s goal at the time was to convince Wanxiang to resurrect Fisker’s electric car company in Delaware.

“If they were committed to building the vehicle, then obviously we wanted them to do it at the site they already owned,” Levin said.

He said he had no idea about a call from any state official to Wanxiang officials dissuading them from selling the site to the county, following Grimaldi’s visit to Chicago. 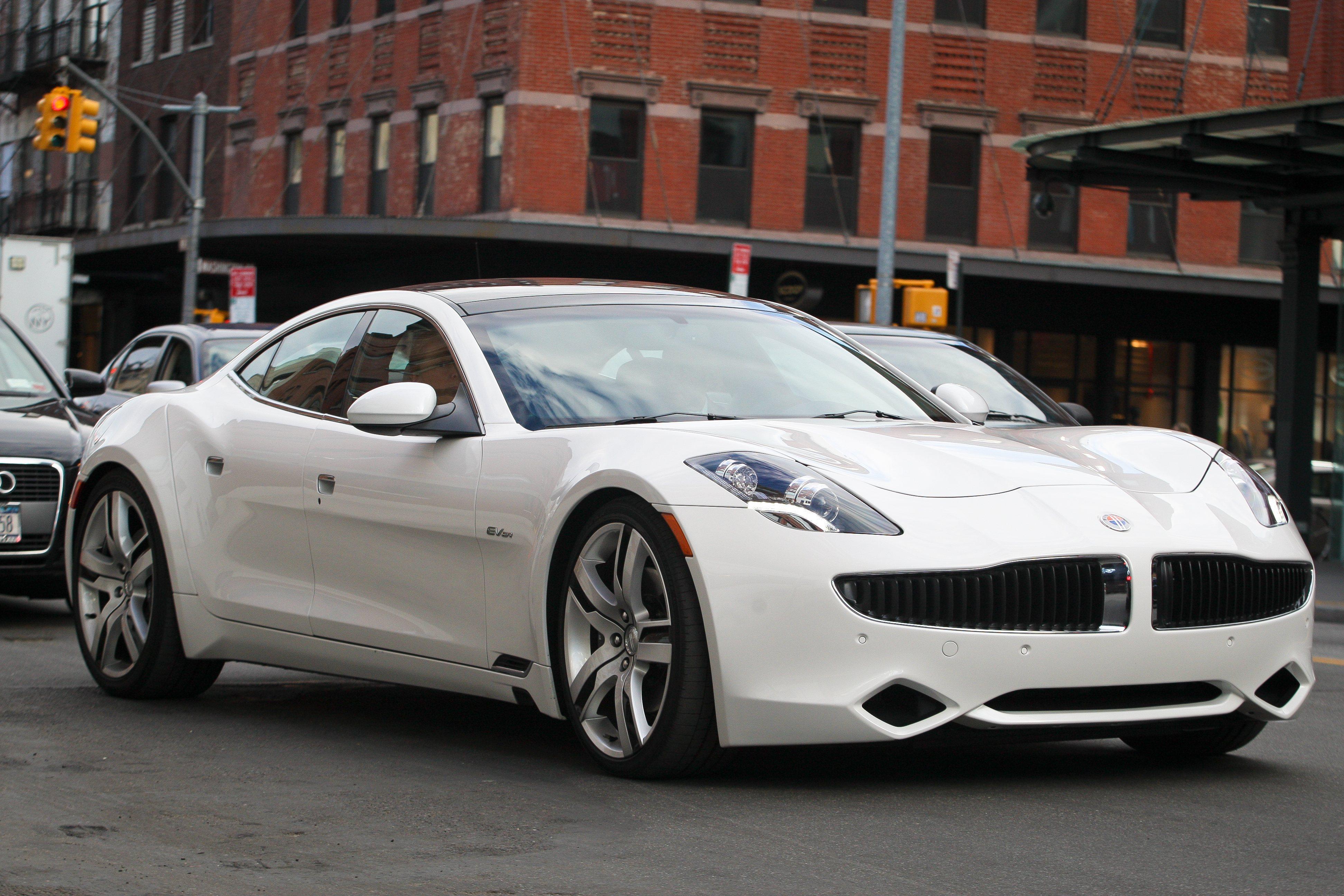 Asked about the current plans for a logistics center, Levin said e-commerce is the “wave of today,” pointing to the success of Amazon distribution centers in Middletown and New Castle.

While he would rather see higher-paying jobs, e-commerce “is what is needed now,” particularly given the Boxwood site’s easy access to I-95 and to freight rail lines.

“I just want to see something happen there,” Levin said.

Some Boxwood neighbors have expressed concerns over increased traffic and noise as well as over environmental cleanups. The state of Delaware classifies the Boxwood property as a polluted brownfield site.

In their Friday statement, Dermody did not mention plans for those environmental liabilities. But the company said its redevelopment plans include “green space, traffic and pedestrian improvements, improved stormwater management and new landscaping buffers.”

The New Castle County Board of Adjustment will hold a public meeting to discuss the proposal on Nov. 21.

Looking to launch a logistic startup: Here’re some tips