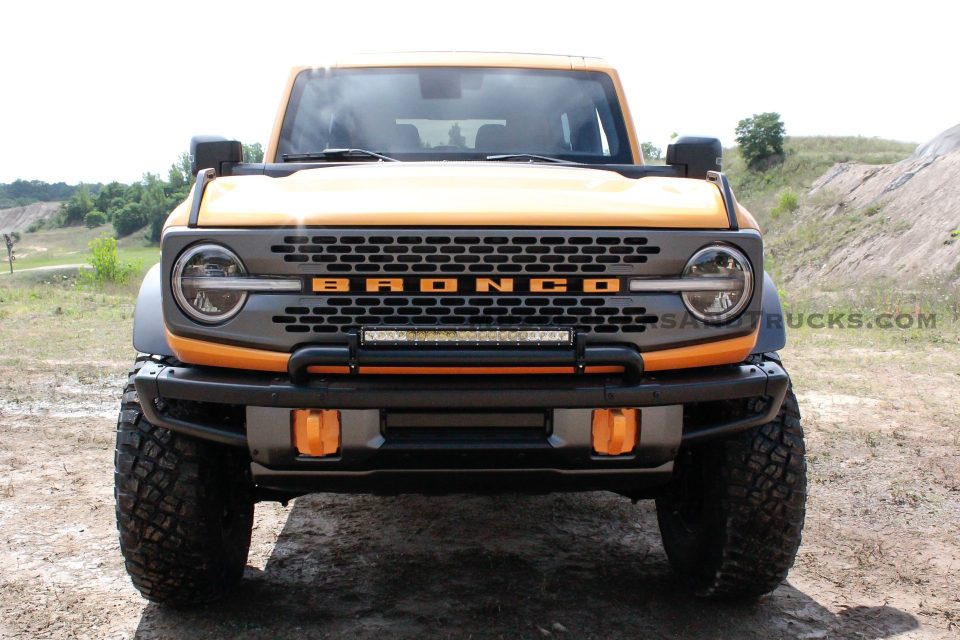 There’s not much to dislike about the all new Ford Bronco. It looks great, promises (and delivers) great off-road capability, and will also be a suitable daily driver. But if there’s anything to lament, it’s the lack of a Coyote V8 under the hood. Based on our interview with Ford Global Program Manager Jeff Seaman ,and Bronco Chief Engineer Eric Loefller, a Ford Bronco V8 is unlikely to happen. Unsurprisingly, emissions regulations are part of the blame.

“We have to manage the CO2 implications of the product. The way the federal requirements are now it’s all shadow area (footprint) based. If you look at the shadow area of a small off-road vehicle, it has a pretty high target from a government perspective in terms of CO2,” said Loefller.

Loefller said the main customer demands for engine output are overall hp, torque, capability and fuel economy figures, rather than cylinder count. If the V6 can deliver on all these things, it makes more sense. Otherwise, Ford would pay the price in emissions fines for using a V8. Ford also seems very confident the Bronco’s 2.7 liter EcoBoost V6 will impress customers.

“If the customer experience was significantly enhanced with a Coyote engine, it would have been under serious consideration,” said Seaman. “In all honesty, that EcoBoost motor is damn good and when you get out of it you don’t say, ‘I wish I had a bigger engine.’”

That, it appears, is that for a Ford Bronco with V8 power. But don’t think the SUV will stay at the current V6’s 310 hp for long. Down the line, the Bronco Raptor will likely get the 3.0L twin-turbo EcoBoost V6 that’s currently found in the Ford Explorer ST, good for a nice round 400 hp and 415 lb-ft of torque. There will also be a Bronco hybrid to compete with the recently debuted Jeep Wrangler 4xe, which has been rumored to get the same V6 as the Raptor, but with more power thanks to an electric motor.

Want a Bronco with a V8? We’ll have to see what the aftermarket can do.

Trump Jr. says president and Sanders not far apart on some issues

Kauai to host food drive for families affected by COVID-19

How to Successfully Digitize Your Supply Chain