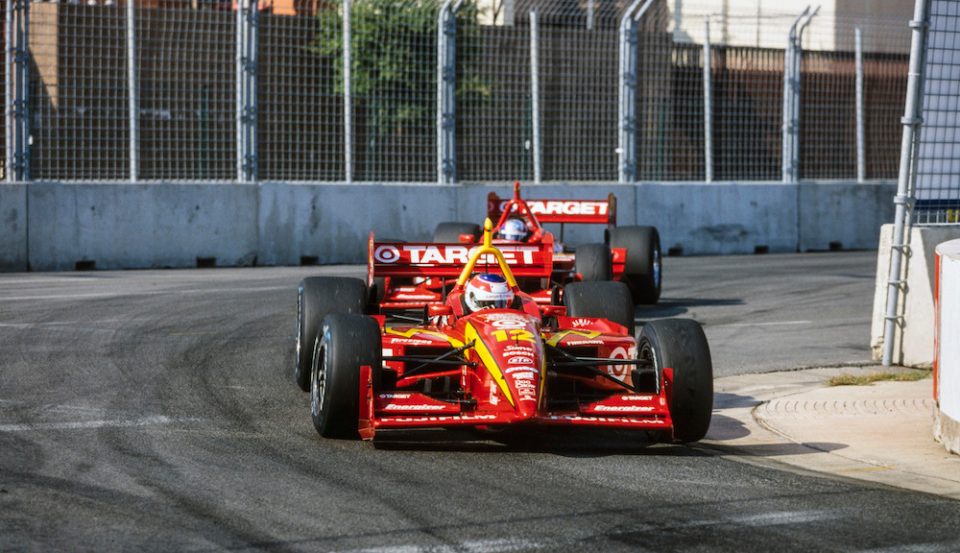 Over the span of nearly six decades, Lola established itself as one of the world’s premier constructors of customer race cars.

From its beginnings in 1958 through to 2012, its engineers designed and produced nearly 5000 cars spanning 400 model types, and achieving success in IndyCar, Le Mans, Formula 1, F5000, A1GP and touring cars.

Founded by Eric Broadley, the company underwent significant reinvestment in facilities and staff after businessman and longtime Lola enthusiast Martin Birrane took the reins in 1997. That investment was reflected in subsequent success in sports cars and a period of dominance in Champ Car, as well as the company reestablishing itself as a force in one-make series by supplying chassis for A1GP, F3000 and Formula Nippon.

Parnelli Jones puts a T70 through its paces in the 1967 Can-Am Challenge Cup at Riverside. Motorsport Images

Lola’s race car production arm closed down in 2012, however the Lola Technical Center and wind tunnel, remained in use, providing services to race teams and road vehicle manufacturers. Keeping the wind tunnel operational was central to Birrane’s plans for Lola to eventually re-enter the race car construction business, however he died in 2018 before those ambitions could be realized. And now, Birrane’s family has decided that it is time for the next chapter of Lola’s history to be written under new ownership, and the company and all of its remaining assets have been placed up for sale.

In addition to the 10,500 square foot Lola Technical Center and wind tunnel located outside Huntingdon (approximately 80 miles north of London), the sale includes the Lola brand, its registered trademarks, a huge library of technical drawings, various items of tooling, equipment, wind tunnel spares, and a 7-post chassis development rig. Also included is the specialist tooling that Lola recommissioned to manufacture a limited run of T70 Mk.3Bs.

The family’s preference is to sell the company and its assets as a single lot, however consideration will be given to separate sales of the wind tunnel and assets. The wind tunnel is modular, and can be dismantled and reconstructed anywhere in the world.

A 50 percent scale Champ Car model gets ready for some wind tunnel time in 2003. Motorsport Images

It is hoped that the opportunity will be of interest to someone looking to restore Lola’s position in modern motorsport by providing third-party engineering services, supplying genuine Lola spares to support the thousands of Lola cars that still race today, manufacturing continuation cars such as the iconic Lola Mk.1 and T70, and producing Lola race-cars and roadgoing supercars.

Further details of the wind tunnel can be found at lolatechnicalcentre.com where there is also a link to download additional detail. For more information on the sale, please contact David McRobert at [email protected].

CHRISTOPHER H. SMITH of HunterMaclean appointed to Conference of the Freight Counsel | Law