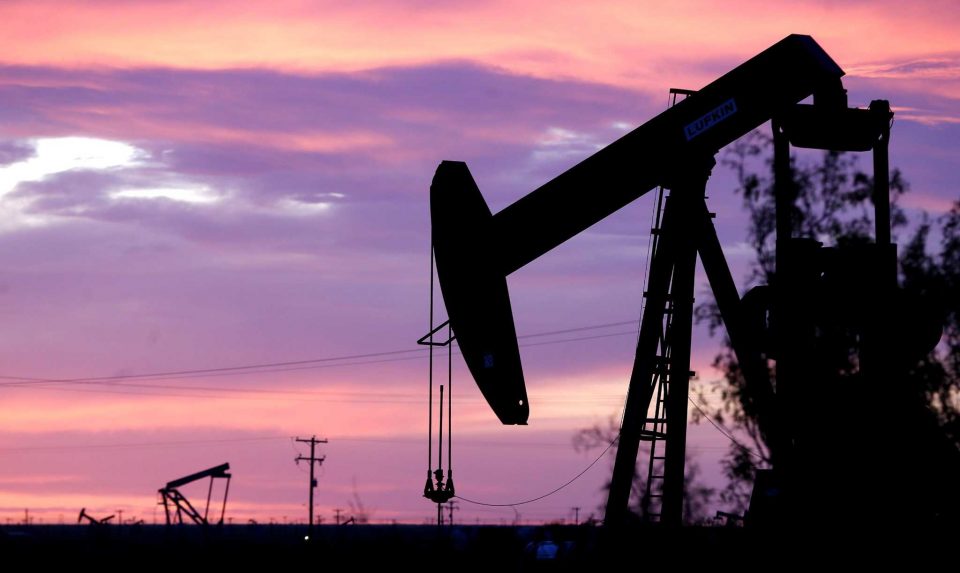 An oil pumpjack works in the field in Penwell, Texas. After a merciless year marked indelibly by a global pandemic and economic calamity, experts predict 2021 will be a year of healing. But just how rapid this recovery will take place in Houston remains difficult to forecast. Much of it will depend on the successful rollout of COVID-19 vaccines and the promise they hold for a return to normal life.

An oil pumpjack works in the field in Penwell, Texas. After a merciless year marked indelibly by a global pandemic and economic calamity, experts predict 2021 will be a year of healing. But just how rapid this

For Houston’s economy, experts predict 2021 to be a year of healing and uncertainty

After a merciless year, marked indelibly by global pandemic and economic calamity, experts predict 2021 will be a year of healing.

But 2021 also will be marked with uncertainty, not only around questions of how quickly the economy and society can recover from the ravages of COVID-19, but also how permanently the worst public health crisis in a century has changed the way people live, work, travel, shop and interact.

Houston’s critical oil and gas industry, devastated by an unprecedented collapse in demand and commodity prices, will almost certainly be smaller and a less potent generator of job growth for the region. Retail, which accelerated its migration the internet, is unlikely ever to be the same.

Companies, after managing dispersed workforces for almost a year, face decisions of if, when and in what numbers to bring employees back to offices. That in turn has implications for commercial real estate as firms rethink office space, energy consumption as employees commute less frequently, and the housing market as buyers seek less crowded spaces in farther-out suburbs.

How the recovery unfolds will depend largely on the rollout of COVID-19 vaccines, which are expected to become available to most Houstonians starting in the spring. The Episcopal Health Foundation, a Houston health advocacy nonprofit, estimates that 63 percent of Texans are likely to get vaccinated against the virus.

“The vaccine changes everything,” said Karr Ingham, economist for the Texas Alliance of Energy Producers. “It would appear to be the greatest prospect for getting life back to reasonably normal.”

‘Going to be hard’

However robustly the U.S. economy rebounds from the worst recession in three generations, experts expect Houston’s economy to recover more slowly after suffering the additional blow of an oil bust.

Bill Gilmer, a University of Houston economist, forecasts regional employment will grow by just over 1 percent, or about 40,000 jobs, before accelerating in 2022.

Yet, even the rosiest job growth projections next year will barely make a dent in the more than 200,000 jobs the region has lost so far during the pandemic, said Patrick Jankowski, senior vice president of research at the Greater Houston Partnership.

“The recovery isn’t going to happen by the government simply telling us to go back to work,” Jankowski said. “It’s going to be hard.”

Employment in Houston’s predominant oil and gas industry may never fully recover, analysts said. Texas’ oil and gas industry lost nearly 30 percent — or about 60,000 — of its jobs since the coronavirus pandemic cratered crude demand and prices, according to the Texas Alliance of Energy Producers.

It’s unlikely that industry will ever regain all those jobs as investors shift capital from fossil fuels after steep financial losses in 2020 were piled on top of years of lackluster returns and growing concerns about climate change, analysts said. The oil and gas industry recovered only about one-third of the jobs lost in the oil bust that lasted roughly from 2014 to 2016.

The industry’s growth next year could also be hindered by the policies of President-elect Joe Biden, who has promised more aggressive action to reduce U.S. greenhouse gas emissions. Among his proposals, Biden wants to end federal tax breaks for the oil and gas industry, block new drilling in federal lands and waters, expand federal incentives for electric vehicles, and make the power sector carbon-free by 2035.

Analysts, however, still expect crude demand to climb in 2021 as more people receive COVID-19 vaccinations and return to the roads and skies. About 70 percent of the nation’s crude oil is processed into transportation fuels, such as gasoline, diesel and jet fuel. Bank of America predicts oil prices by summer could reach $60 a barrel, a level at which most oil producers can turn a profit.

Houston restaurants, hotels and entertainment expect a surge of business once people finally are able to get out of their homes to travel and see friends. But for many, the pent-up demand will come too late. The Greater Houston Partnership estimates that the region has some 1,000 fewer restaurants than before the pandemic.

Houston’s tourism and convention market will likely take longer to recover than other major metros because of the lingering effects of the oil downturn on energy-related convention and business travel, according to a forecast by the commercial real estate firm CBRE.

SLOG AHEAD: Houston’s economy will struggle in 2021: forecast

Attendance already was falling at energy conferences recent years as the industry struggled with low-to-middling prices. Before it was canceled in 2020, attendance at the Offshore Technology Conference — the massive trade show held each May in Houston — had fallen for five consecutive years to about 61,000 in 2019, the lowest since 2006.

Other sectors also are adjusting to new normals. Home sales, buoyed by record-low mortgage rates, have soared, particularly in suburban and rural areas as people abandon congested urban areas in search of personal backyard oases. The widespread adoption of remote working, meanwhile, is diminishing one of the drawbacks of suburban and rural life: commuting.

“In 2021, the concept of COVID and getting out of tight, dense living situations and getting into your own home with a yard with your own space and working from homes — those types of trends are certainly going to be with us the next few years,” said Eric Lipar, CEO of Woodlands-based homebuilder LGI.

Many office employees have expressed interest in continuing to work remotely, which could change the future of the office. Some Houston companies, such as software firm SnapStream, ended office leases and will rely on all-remote workforces.

Others, such as apartment developer and manager Camden Property Trust, are considering opening multiple suburban offices to replace the company’s large corporate headquarters in Greenway Plaza.

But Lauri Goodman Lampson, chief executive of architecture firm PDR, which designs campuses for some of the world’s biggest energy firms, believes the heyday of the office is not over yet. If anything, she said, the pandemic has highlighted the value of a well-designed workplace that can foster close collaboration in ways that conference calls and video chats can’t.

Several new office buildings are expected in 2021, including the transformation of the old Midtown Sears building into the Ion startup accelerator hub and the relocation of Hewlett Packard Enterprise from California to Springwoods Village, near The Woodlands.

On the other hand, retail analysts predict the massive shift to e-commerce during the pandemic will continue for years to come. Online sales surpassed $2 billion in each of 130 days between January and August, compared to only two days in all of 2019, according to Adobe Digital Insights.

Consumers who were reluctant to purchase groceries and clothing online took up the habit with gusto, and retailers adjusted accordingly. They added in-store pick-up, personal shoppers, faster delivery and easier returns. Jobs shifted from storefronts to warehouses.

In Texas, for example, retail employment fell by nearly 40,000 jobs over roughly the past year, according to government statistics. Transportation and warehousing, meanwhile, gained 12,000 jobs.

Retailers are expected to make more investments in online platforms, warehouses and distribution hubs, the National Retail Federation said. Mobile payments and digital menus that can be pulled up smartphones will become more mainstream in restaurants.

But for all the changes and uncertainty, economists and analysts appear confident about one aspect of their forecasts. They expect a better 2021 after a terrible year of extraordinary challenges.

“We’re about nine months into the sharpest and deepest economic decline we have ever experienced,” Ingham said. “With a solid prospect of widespread vaccination, we are poised to engage in a strong recovery. I think the fundamental outlook is quite bullish in 2021.”