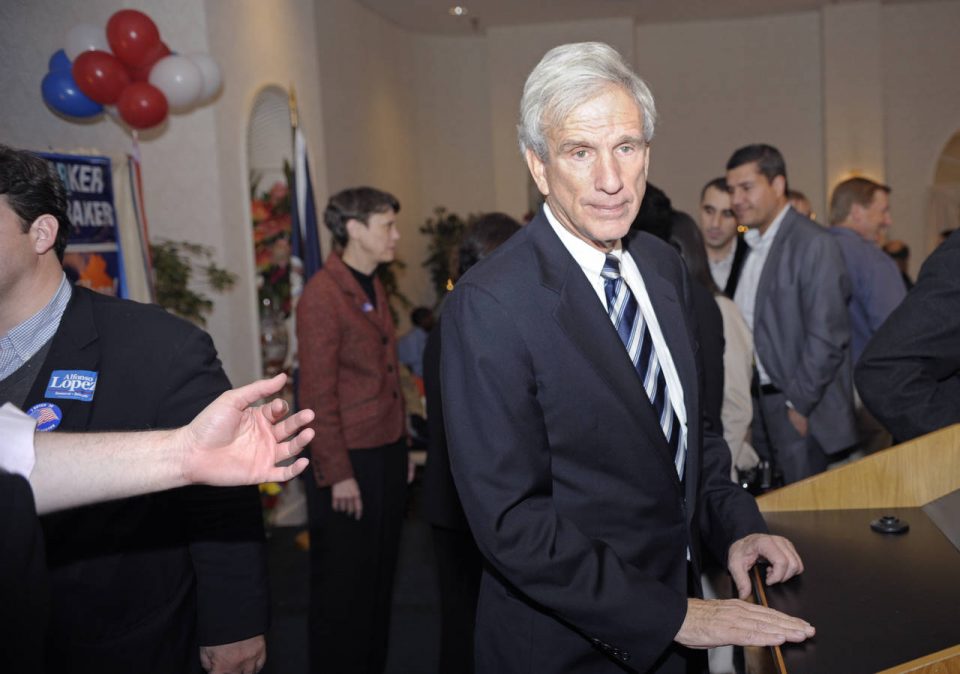 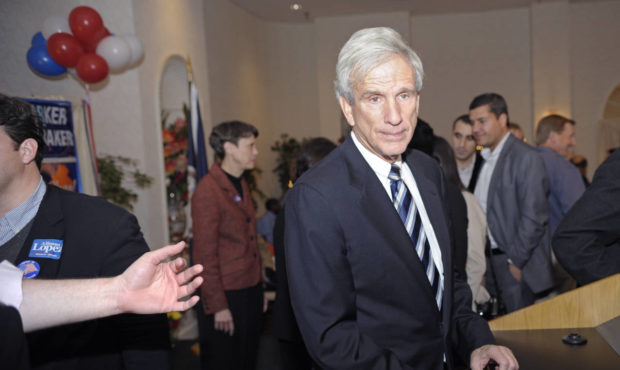 FILE – In this Nov. 8, 2011 file photo, Dick Saslaw, Virginia Senate Majority Leader, stands near a podium after it was announced that he had won re-election at a Democrat election results party in Fairfax, Va. Environmental advocates notched one win, after another this legislative session as the new Democratic majority passed their top-priority legislation, including measures long opposed by Republicans who used to be in charge. “You can’t fix the climate problem for free,” Saslaw said in a committee hearing on the Clean Economy Act.
(AP Photo/Cliff Owen, File)

RICHMOND, Va. (AP) — Environmental advocates notched one win after another this legislative session as the new Democratic majority passed their top-priority legislation, including measures long opposed by Republicans who used to be in charge.

Legislators sent bills to Gov. Ralph Northam that will remake how Virginia’s utilities generate electricity, remove barriers to rooftop solar, ban offshore drilling and fracking in much of the state and mandate more coal ash cleanup. Others will make the state a full participant in a carbon cap-and-trade program and create a state environmental justice council intended to protect vulnerable communities from disproportionate impacts of pollution. The state budget also includes increased or new funding for a number of clean-water initiatives.

“Overall, this legislative session has been monumental and historic,” said Michael Town, executive director of the Virginia League of Conservation Voters.

Republicans and other ratepayer advocates have warned that some of the legislation will come at a steep cost, especially the Virginia Clean Economy Act — an omnibus bill that paves the way for a significant expansion of offshore wind and other renewables as it mandates a transition to zero carbon emissions by 2045.

“The electricity rates are going to up significantly because of all these initiatives, especially the offshore wind,” Republican Del. Charles Poindexter said Thursday.

The State Corporation Commission has predicted that implementing the bill would result in an annual minimum increase for the typical residential customer’s bill of over $300 a year, which the measure’s supporters contested.

Earlier this week, the SCC told Dominion Energy to model the costs and reliability impacts of this session’s legislation in its 2020 integrated resource plan. The plan, a long-term look at how the utility expects to generate power to comply with regulations and meet customer needs, is due May 1.

Advocates of that bill and other clean energy measures have argued that the cost of inaction on climate change could be enormous.

“You can’t fix the climate problem for free,” Senate Majority Leader Dick Saslaw said in a committee hearing on the Clean Economy Act.

Lawmakers also took action on what had been a perennial, controversial debate: whether the General Assembly should continue managing the menhaden fishery.

Regulators and environmental groups were increasingly raising concerns because fish-oil firm Omega Protein had defied catch limits in the bay for menhaden, a species considered a vital link in the Chesapeake Bay’s food chain.

This year’s legislation, which transfers management to the Virginia Marine Resources Commission was the “poster child of the changed environment” at the General Assembly, said Chesapeake Bay Foundation Virginia Executive Director Peggy Sanner. She said the foundation has been working for nearly two decades to get the management of the menhaden fishery out of lawmakers’ hands.

Advocates said the sheer number of bills filed relating to energy and the environment also spoke to the changing times.

“The fact that we had to take positions on almost 200 bills this year speaks volumes to how the environmentalist and climate movement is influencing Virginia’s political narrative and (the) agenda of state leaders,” said Tim Cywinski, spokesman for the Virginia chapter of the Sierra Club, who noted that not a single bill the group opposed had passed.

Clean Virginia, an organization founded by wealthy investor Michael Bills to counter the influence of Dominion Energy — long a dominant force in Virginia politics and a major source of corporate campaign donations — said the session had opened the door to energy reform in Virginia.

The group cited the death of an electric school bus bill Dominion supported, as well as the passage of a bill Dominion opposed that would restore state regulators’ oversight of how electric utilities can write off certain costs.

“That legislation was probably the most definitive vote that I’ve seen in 25 years where Dominion lost in the state Senate on consequential legislation,” said Town. “That’s new.”

Major boost to ‘Make in India’: MoD signs contract for procurement of 1,512 mine plough for T-90 tanks