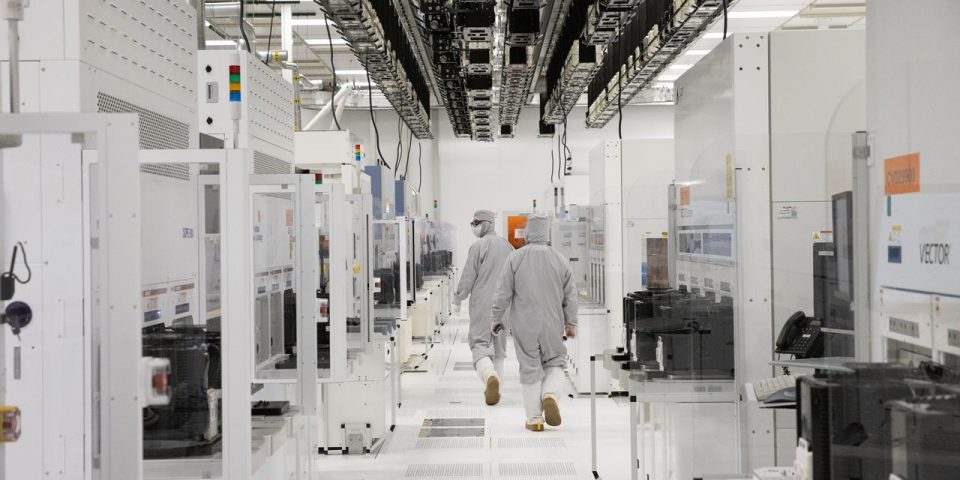 Chip companies just had their best sales year ever—charged by a global semiconductor shortage and growing demand—and industry executives expect that total to double in less than a decade, to more than $1 trillion.

The industry’s collective annual sales topped $500 billion for the first time in 2021, slightly larger than the global smartphone industry by some calculations. The pandemic accelerated digitization trends, such as people streaming movies and videogames and companies adopting all sorts of digital tools—all requiring chips.

The industry’s struggles to meet the appetite for its products caused a supply crunch that prompted national reckonings over chip production, unlocking government subsidies and a historic wave of investment. In an industry known for having boom-and-bust cycles, it has triggered a race to expand.

“It took 50 years to become a half-a-trillion-dollar industry. It’ll take just eight to 10 years to reach a trillion dollars,” said

one of the world’s largest contract-chip makers, in an interview.

Factories working round the clock couldn’t keep up with demand. Prolonged shortages are projected to boost the semiconductor industry’s revenue by 9% this year, Gartner said, outpacing the historic average rate of growth.

expressed confidence the good times would continue for its memory-chip business, assuming component shortages and supply-chain challenges didn’t get in the way.

after the company reported record sales for last year, said “2022 will only be better.”

The semiconductor industry’s past is concerning to some analysts. It has a history of big upturns and reversals because customers sometimes overorder and then pause buying, leading to an oversupply of chips. Potential overcapacity, as well as supply-chain disruptions and wider global economic risks, could spell turbulence ahead, the skeptics worry.

Much of the sales growth will be driven by pricier, high-end chips, powering technologies like machine learning and high-performance computing, said

a partner at Bain & Co. specializing in semiconductors.

Still, shortages persist. The Biden administration last week warned U.S. manufacturers were down to five days of inventory for key chips—compared with a 40-day supply a few years ago.

Average wait times for semiconductors globally now stretch beyond 25 weeks, according to Susquehanna Financial Group LLP, well above what is considered a healthy range of 10 to 14 weeks.

In a sign that supply remains tight, the price of silicon wafers—on which semiconductors are produced—sold by contract-chip manufacturers is expected to rise by between 5% to 15% on average depending on chip type, said

a Taiwan-based research director for semiconductors at Counterpoint Research, a tech-market researcher.

The investments that chip makers have made to increase production capacity won’t materialize quickly, keeping supply limited. But as new chip factories come online, the industry could risk having overproduction by 2025, according to Bain’s projections.

The semiconductor industry is projected to log $692.5 billion in sales by 2025, and up to $1 trillion by 2030 in the best-case demand scenario, said

research vice president at Gartner. That would top the size of the global fast-food industry today.

“‘It took 50 years to become a half-a-trillion-dollar industry. It’ll take just eight to 10 years to reach a trillion dollars.’”

For now, chip makers are busy adding equipment to boost output, according to

NV, the Dutch provider of advanced chip-making machines that can cost more than $300 million apiece.

Customers are opting for rapid shipments, forgoing some equipment testing typically conducted at ASML’s facilities before machines are shipped, CEO

said on a recent earnings call. Demand is 40% higher than what the company can produce, he said, and it is going to stay that way for a while.

“We want to be in a situation that starting in 2024, we will be able to meet whatever demand the customers have,” Mr. Wennink said.

Chip-industry optimism drove record levels of capital expenditures in 2021 of at least $146 billion, according to Gartner’s estimates. That is more than double the industry spending five years prior.

The U.S. government has been trying to encourage domestic chip investments, after seeing production shift to Asia. Over several decades, the U.S. went from making 37% of the world’s semiconductors to 12%, according to the Semiconductor Industry Association, a trade group.

The chip industry’s spending spree isn’t expected to restore the U.S. market share to its former size, though America will make gains in its share of producing the industry’s most cutting-edge chips that use circuitry measured at 10 nanometers or below. Within five years, the U.S. is projected to possess about 27% of such production capacity, up from 16% last year, according to Counterpoint.

Intel recently announced plans to build a brand-new chip facility in Ohio that could eventually expand to eight factories and cost around $100 billion. The company already had pledged mega investments to expand in Arizona, New Mexico and Europe.

“As we look out to the second half of the decade, we are seeing the opportunity to keep growing our business,” Mr. Gelsinger said in the interview.

Has the pandemic changed the global semiconductor industry for good? Join the conversation below.

has prepared up to $44 billion in capital expenditure this year alone. It is building a $12 billion plant in Arizona and a $7 billion facility in Japan, with expansion planned in China and Taiwan. TSMC is also considering a new chip plant in Europe, Chairman

GlobalFoundries said investments it has made should increase its production of wafers by a factor of 1.6 late next year from 2020 levels. “It’s nowhere near sufficient for the types of demands our customers would like us to be putting on,” Mr. Caulfield said.

South Korea’s Samsung recently announced a $17 billion investment in Taylor, Texas, and is adding capacity at its domestic facilities. Last year, Samsung said it would invest more than $205 billion over the next three years, with chip-making a priority.

and others also have made chip-investment pledges.

Customers welcome the plans. “There are a crazy number of chip fabs being built, which is great,” said

What the company had to go through last year with the shortages, he said, was “chip hell.”

Love thy freight forwarder, soon they might not be there to return your love

Is it time for Rays to trade Kevin Kiermaier?

When a routine physical uncovers a life-changing decision: The story of the Caris LeVert trade