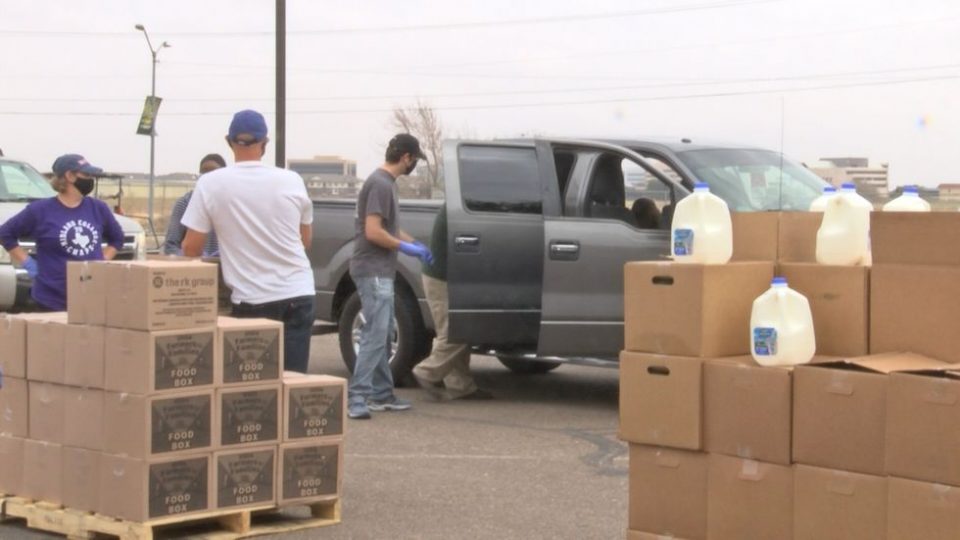 Greg Clark started volunteering at food pantries after he retired from the police force.

The volunteer work fulfilled Clark so much that he is now the West Texas Food Bank’s senior manager.

Clark says he tells all the volunteers that they get just as big of a blessing by giving as the people receiving the food.

“It is tough. as you said, you’ve never had to be in that situation, and most haven’t. [it’s tough] to realize that I’m not going to have a thanksgiving dinner, I’m not going to have food for the kids for Christmas. It’s a realization that we have to look at. This community is excellent about seeing that; they’ve been really supportive,” said Clark.

This year has challenged west Texas families more than ever before.

“We’ve seen since March our numbers have skyrocketed. We have 19 counties that we cover in west Texas, and it’s up almost universally everywhere,” said Clark.

Volunteers at Saturday’s food distribution got to see firsthand the need that the Midland community faces.

Volunteer Rebecca Bell says that about 200 cars came through the event today.

“I think I see that there’s a large segment of our community that doesn’t have enough to eat. I think a lot of people don’t realize that. We have a homeless community in midland. We have people that don’t have enough food on their tables in midland, especially at Thanksgiving,” said Bell.

The West Texas Food Bank distributes over 4 million pounds of food to about 75,000 people in the Permian Basin every year.

Director of freight forwarder, 3 others arrested over 1,200 cartons of duty-unpaid cigarettes