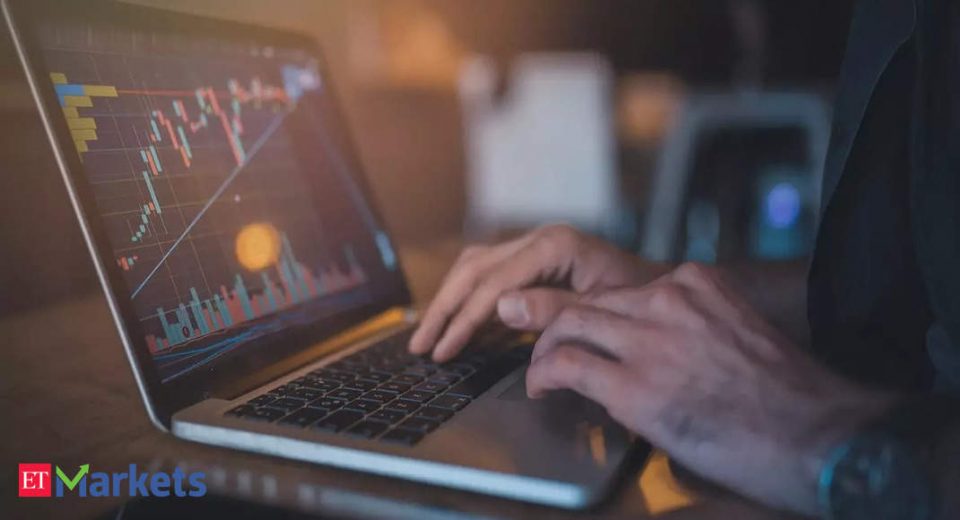 New Delhi: Bulls made some recovery on Friday, thanks to sharp buying, which ended the five-week losing streak of the benchmark indices. However, the volatility continues to spook traders.

Benchmark indices- BSE Sensex and Nifty50- gained about 3 per cent each. The indices gauged to the second rung counters that outperformed the headline peers, rising about 4 per cent during the week.

This week the domestic market was moving in tandem with its global peers. The worries over global economic slowdown and rate hikes took control of the market sentiments, said Vinod Nair, Head of Research at

“FIIs continued their selling spree as they chased high yield US bonds adding volatility to the Indian market,” he added. “As the investors are now investing with caution, value stocks should do well during this consolidation period, supported by moderate valuation.”

On the sectoral front, the BSE metal index rallied more than 7 per cent, whereas the BSE Capital Goods index rose over 5 per cent. FMCG, auto and realty indices gained over 4 per cent each. IT index was the top laggard with a 2 per cent fall.

“In line with the prevailing trend, global factors viz performance of global markets especially the US, China’s Covid update and Russia-Ukraine news will also remain on participants’ radar.”

Among sectoral indices, defensive like FMCG and pharma look poised to surge further while others may continue to trade mixed. Traders should align their positions accordingly and maintain positions on both sides, he added.

Below are 10 key factors that may guide markets this week:

The May series derivatives will expire on Thursday, May 26, which will lead to heightened volatility in the market as investors head towards the expiry more uncertain than the previous month. As traders rush to either square or rollover their positions, the market may react to them accordingly.

Inflation and Crude oil prices
The inflation numbers continue to spook the markets across the globe. Wholesale price index (WPI) reading jumped to new highs in April 15.1 per cent, registering a straight 13th month high of double-digit gains, thanks to rising prices of metal, crude, food articles and more.

However, over the weekend, the government provided some relief to the consumers by slashing petrol and diesel prices. Furthermore, the government also cut excise and customs duty on various products to bring the prices down.

The Federal Open Market Committee Meeting Minutes are a detailed record of the committee’s policy-setting meeting held about two weeks earlier. The minutes offer detailed insights regarding the FOMC’s stance on monetary policy.

The FOMC’s minutes will be a key tracker for the market players to track the upcoming rate hikes in the current year after the US Fed increased the rates by 50 basis points, pushing the interest rates higher. However, the market will read the commentary on the aggressive rate hikes in the near term.

The United States’ economy shrank 1.4 per cent on an annualised basis in the first three months of the year, according to the first reading of US Q1 GDP. The world’s largest economy will release the second reading on Thursday, which is not expected to deliver any material change.

The concerns over buzzing stagflation and a possible recession may hurt the company. On the other hand, a few experts and economists still expect the US economy to grow this year, dismissing Q1 as a blip.

Over the past few months, foreign institutional investors have embarked on their selling spree in Indian equities, which has kept the markets under constant pressure. The foreign investors have pulled more than Rs 36,000 crore from the Indian equity markets. The trend is likely to continue this month as well.

The markets are headed for the final leg of earning seasons for the March 2022 quarter. However, a handful of top-notch companies including

The rising cases of Covid-19 in China and other nearby hubs are likely to be a threat to the global markets, with a potential to dent production and supply chain. The resurgence of cases may again impose restrictions in various parts of China.

A couple of companies- Delhivery and Venus Pipes & Tubes- will make their Dalal Street debut in the upcoming week, most likely on Tuesday. Venus Pipers & Tubes raised Rs 165.42 crore through its primary offering. The issue, which sold its shares in the range of Rs 310-326 apiece, was subscribed more than 16 times.

On the other hand, logistics startup Delhiverywill also get listed on the bourses on Tuesday. The company’s Rs 5,235 crore issue received a muted response from the investors as the issue was subscribed merely 1.63 times. The company sold its shares in the range of Rs 462-487 apiece.

Primary markets will continue to be in action next week with two issues — one ongoing and another fresh, to attract the primary markets funds. Both issues will close in the same week.

eMudhra’s Rs 412.79 crore IPO, which opens on Friday, will close for bidding on Tuesday, May 24, as the company is selling its shares in the range of Rs 243-256 apiece. Another issue, Aether Industries, will be open for subscription between May 24-26 as the company is looking to sell its share in the range of Rs 610-642 per share to raise Rs 808 crore.

“The Nifty 50 ended the week on a positive note and both the benchmark index and the Bank Nifty recovered from last week’s lows. Despite the rebound, we feel the market has not reached its bottom, since price patterns on the Nifty show that the uptrend has been significantly harmed, said Yesha Shah, Head of Equity Research, Samco Securities.

“A short-term rebound cannot be ruled out at this point, it is unclear if the bounce will be a relief rally or the start of a fresh bullish surge. Taking all of this into account, we recommend that traders keep a cautiously bullish stance for the coming week as long as the Nifty does not break below 15,700 levels,” she added.

#TECH: For businesses to be more resilient during these challenging times – New Straits Times