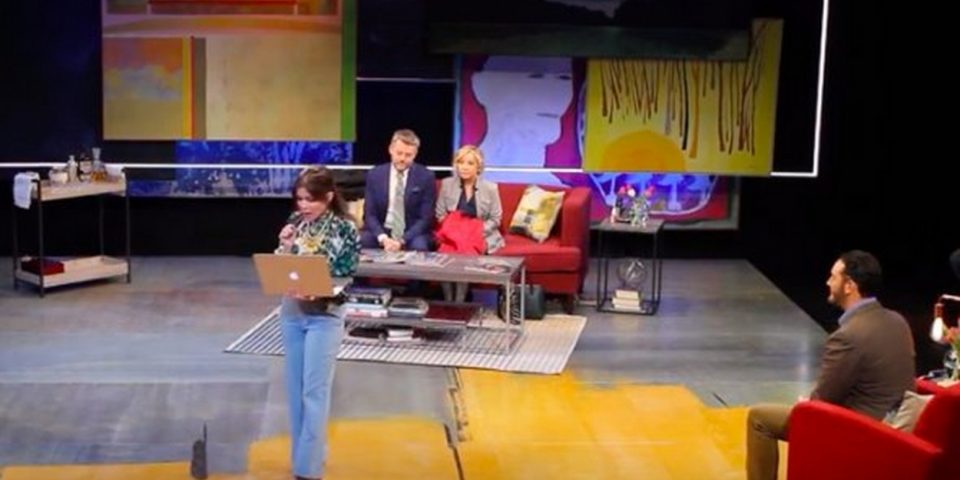 Redhouse continues its stellar 2019 season with the Tony Award-Winning play, God of Carnage co-starring two Broadway veterans Jeremy Kushnier and Jennifer Cody who both will make their Redhouse MainStage debuts. The show, will be directed by Redhouse Artistic Director, Tony Nominated actor and Director Hunter Foster, who is coming off his directorial debut at Redhouse of the smash hit RENT. “This show portrays a very realistic and sometimes uncomfortable view of parenting and manages to do it in a very fast-paced and comedic way”. The show opened at Redhouse November 7th with performances running through November 17th.

This 90 minute thrill ride takes you into the most dangerous place on earth, parenthood.

Get a first look in the video below!

Two eleven year old boys, a stick and some broken teeth are the catalyst in this tale of two families. An innocent squabble over a playground incident brings together parents in hopes of resolving the conflict. Diplomacy and niceties among adults soon deteriorates into a childish evening of name-calling, tears and tantrums. This comedic play will take audiences on an entertaining journey from civil discussion to an all-out brawl between two couples.
Veronica, a writer, and Michael, a company wholesaler, are parents to Henry.

Annette, a wealth manager, and Alan, a lawyer, are parents to Benjamin. The two couples meet to discuss the misdemeanors of their sons. The evening begins quite amicably with the four parents intending to resolve the situation diplomatically. However, as their hopes for this begin to splinter and disillusionment sets in,the evening deteriorates from one of mild unease and discomfort, into a deluge of accusations, recriminations, jealousy and rage. There is drinking, fighting and destruction of some rather lovely tulips. Boys will be boys, but can the grown-ups be grown up enough to resolve their differences without losing sight of right and wrong?

Artistic Director Hunter Foster has assembled a cast of performers who will all make their Redhouse debuts. Acting Veterans Jennifer Cody who will star as Annette and Jeremy Kushnier as Alan both bring years of Broadway experience to the Redhouse stage. They will be joined by actress Josie DeVincenzo as Veronica and playing her husband Michael is actor Sky Seals.


More Hot Stories For You