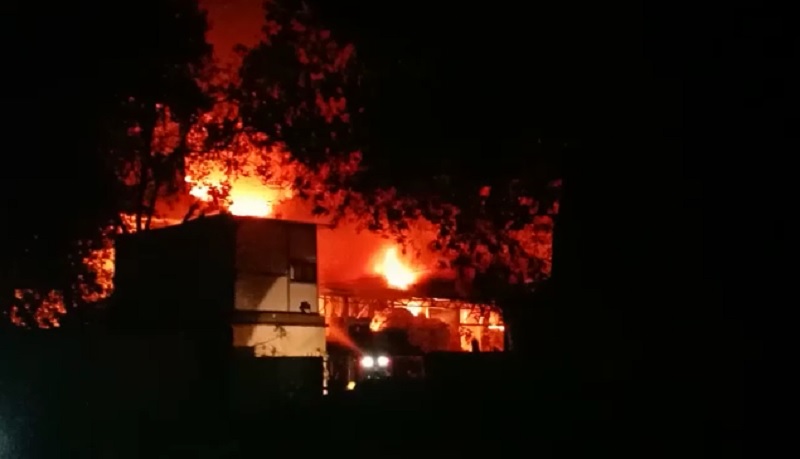 KARACHI: A fire broke out at a factory in Karachi’s Landhi Town early Friday morning.

According to reports, the factory is located in Landhi’s Export Processing Zone in Sherpao Colony.

The building of the first factory collapsed. Firefighters said that the fire was increasing steadily and had spread to a nearby factory as well.

According to rescue workers, no one was injured in the fire.

There were six fire brigade vehicles at the scene and the Karachi Water and Sewerage Board imposed an emergency at the water hydrant in Sherpao Colony.