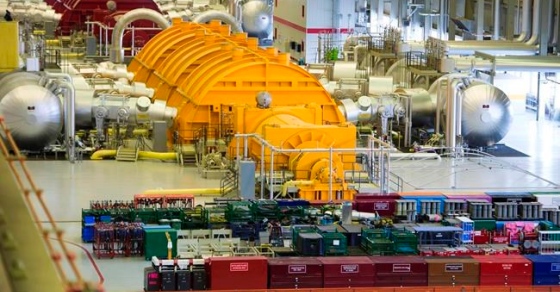 TORONTO — The federal government has launched a new initiative aimed at finding long-term solutions for the growing quantity of radioactive waste produced by Canada’s nuclear reactors.

To that end, the government wants members of the industry, the general public and Indigenous people to weigh in on the topic and potential solutions that have so far proven elusive.

“Over the coming months the government of Canada will be taking steps to review and modernize Canada’s approach to how we manage radioactive waste,” O’Regan wrote. “While the strategy must be defined by waste producers and owners who have the best understanding of their wastes and their priorities, it too must be informed by dialogue with stakeholders and Canadians.”

For decades, producers have stored their nuclear waste, which can remain toxic for thousands of years, in interim, above-ground facilities, usually at the reactor sites. The industry and governments have spent years working to come up with a permanent disposal solution.

The new initiative follows a failed attempt by Ontario Power Generation to build a multibillion-dollar underground storage bunker for low- and intermediate nuclear waste at the Bruce nuclear power plant near Kincardine, Ont., close to the shore of Lake Huron. Although opposed by myriad communities on both sides of the Canada-U.S. border, the project ultimately foundered on opposition from local Indigenous residents.

A separate proposal for a deep geologic repository to handle high-level nuclear waste — essentially spent fuel bundles — is still in play. So far, the waste organization has narrowed its search to two sites, one in the vicinity of the Bruce power plant, and the other near Ignace in northern Ontario.

Despite assurances that repositories are a safe and effective long-term disposal solution, critics have long argued that burying the waste would pose a centuries-long potential threat to groundwater, the environment and human health. Some have pressed for reusing or recycling the material, something that has proven technologically challenging.

The new initiative aims to review Canada’s current storage practices and come up with long-term options that are feasible, safe, environmentally sound, and in line with best international practices.

O’Regan said the new strategy dialogue should not detract from the waste organization’s current mandate related to the long-term management of used nuclear fuel.

“That mandate is clear and your progress to date is commendable,” he said.

In response to O’Regan’s letter, Laurie Swami, head of the Nuclear Waste Management Organization, wrote the agency was pleased to be involved.

“We look forward to lending our expertise to make informed and practical recommendations to the Canadian government on a more comprehensive radioactive waste management strategy.,” Swami said. “An integrated strategy will ensure the material continues to be managed in accordance with international best practice over the longer-term.”

This report by The Canadian Press was first published Nov. 17, 2020.

How can Procurement best align with Finance right now? A CFO perspective