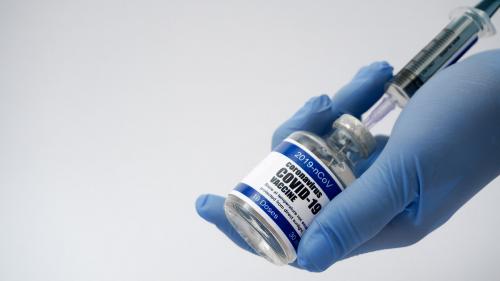 As the COVID-19 pandemic spreads throughout the United States and Americans anxiously await the arrival of a vaccine, biotech companies are grappling with the uncertainty of patent protection for COVID related biomedical advances and, as a result, are turning to trade secret protection instead.  For policy-makers looking to incentivize the search for the magic bullet of an effective vaccine, this raises tough questions:  What is the best policy or mix of policies to incentivize industry and stimulate a rapid, effective vaccine?  And should that policy tilt towards sharing information or towards protecting monetary incentives?  This article addresses the limitations on patent eligibility, the role of trade secret protection, and the current federal policy landscape on biological innovation incentives during the pandemic.

The uncertainty of whether vaccines, diagnostic tests, or treatments will receive intellectual property protection in the form of patents stems largely from the 2013 Supreme Court decision, Ass’n for Molecular Pathology v. Myriad Genetics, Inc., where the Court held that isolated DNA segments are not considered patentable subject matter because the naturally occurring segments are a product of nature. Seven years later, in the midst of a global pandemic, this holding is put to the test. The question now is, if many of these pharmaceutical companies, biotechnology companies, or publicly funded or supported laboratories are not able to secure patent protection, requiring public disclosure of their inventions, then will (and can) they turn to trade secret protection, which requires no disclosure? And if so, how will this affect the trajectory of the pandemic in the United States if the consequence is less information sharing and less disclosure of critical scientific data?

These Agencies and Offices Were Asked to Answer the Following Questions:

The State of Federal Policymaking

Through conversations with Congressional Committee staffers, it became clear that the eligibility issue for patentable subject matter is a robust and controversial debate, currently yielding minimal legislative progress.[1] This issue, however, has received an unusual amount of attention on Capitol Hill, leading to comprehensive hearings, like the June 2019 Senate Judiciary Subcommittee on Intellectual Property hearing on Patent Eligibility in America, consisting of three different hearing sessions and 45 witnesses. Senators expressed their concern about the Myriad holding and how types of innovation, like medical diagnostics, are now excluded from patent protection.

These hearings were spurred by efforts to craft a clearer understanding of what Section 101 of the Patent Act (35 U.S.C. § 101) includes, given the Supreme Court’s ambiguity surrounding different types of innovation. Patent reform advocates, such as former U.S. Patent and Trade Office Directors, Cleveland Clinic Innovations, and the Office of Technology Transfers at many universities, expressed their fear that the increased use of trade secrets would promote nondisclosure of critical scientific data. Opponents of patent reform, including the American Civil Liberties Union, the High Tech Inventors Alliance, and Academic Medical Centers, argued that patent reform will increase patent use and further restrict access to medicine. With powerful stakeholders on both sides of the debate, Congressional staffers stated that a compromise, in the form of legislation, appears unlikely in the near term.

With the Myriad holding still in place,[2] pharmaceutical companies must determine what aspect of their vaccine, diagnostic test, or treatment would qualify for patent protection, and which would receive better protection if held as trade secrets. Patentable subject matter can include a process or method, machine, manufacture or composition of matter if it meets the novelty, utility and nonobvious requirements.[3] If such requirements are not met, these categories of medical advances may be considered for trade secrets protection.

A trade secret is defined as all types and forms of “scientific, technical, economic, or engineering information, including patterns, plans, compilations, program devices, formulas, designs, prototypes, methods, techniques, processes, procedures, programs, or codes, whether tangible or intangible, and whether or how stored, compiled, or memorialized physically, electronically, graphically, photographically, or in writing.” 18 U.S.C. § 1839(3). The owner of the trade secret must have taken “reasonable measures to keep such information secret,” and the information must have “independent economic value…from not being generally known to, and not being readily ascertainable through proper means by, the public.” Id.

From a pharmaceutical perspective, trade secrets can include clinical trial data (e.g., which candidates work and don’t work and how different patient populations react to them), a biological database, or cell lines used for production. A sponsor must consider what components of its product (including biologic processes that could give competitors an advantage, or even certain information filed on a new drug or biologic application) that they would not want disclosed to the public. The consequence of claiming such information as a trade secret is that the public cannot obtain access to it, even via a Freedom of Information Act request.

Trade secret protection is a critical incentive for biomedical innovation to ensure that companies recoup R&D costs and make a profit. However, during a public health crisis, the utilization of IP protection that does not require disclosure or information sharing has been questioned, as federal agencies have sought to encourage public accessibility to data and discovery in order to promote further advances.

A strong sentiment in favor of data transparency and collaboration prevailed across the many federal officials which responded to our inquiry.

An NIH official noted that “academic and government institutions cannot hold trade secrets for policy and legal reasons. Primarily they are not commercial entities.” However, the official noted that the Moderna COVID vaccine candidate is based on a platform technology from Boston Children’s Hospital and the specific insert to create the SARS-CoV-2 spike protein was developed by the NIH and NIAID. The insert is not naturally occurring and is therefore patentable subject matter. The NIH has filed a patent application on it, and it is being made available for commercial development on a non-exclusive basis in order to allow for greater use of the insert.

A CDC official stated that “public dissemination of research results is a critical aspect of the work CDC does to benefit the public health.” In regard to products or data that was non-patentable subject matter, the CDC official said that “publication, material transfer agreements, and biological material license agreements, as appropriate, are some of the means to disseminate and support further development of unpatented technologies for the benefit of public health.”

A representative of a Washington D.C. University Office of Technology Commercialization similarly stated that “in some cases, just maintaining the inventions as materials that can be licensed under Biological Materials Licenses is sufficient. During the pandemic, we are not requiring fees or royalties for any licenses we do for inventions that may be useful in addressing the pandemic.” When asked about the potential use of trade secret protection, the representative stated that “we have considered the use of trade secret protection, when appropriate, but it has been rare.”

An FDA official within the Center for Biologics Evaluation and Research stated that FDA is “encouraging sponsors to be maximally transparent with data during the COVID-19 public health emergency, but FDA continues to respect the commercial/confidential/trade secret information.”

The White House Office of Science and Technology Policy directed us to an announcement regarding the launch of the Global Partnership on Artificial Intelligence, created to enhance multi-stakeholder cooperation. The announcement also stated that government sponsored COVID-19 epidemiological data would be made accessible to the public to the greatest extent possible.

A Congressional Committee staffer directed us to the recently launched USPTO database, called “Patents 4 Partnerships,” a searchable repository of patents and published patent applications related to the COVID-19 pandemic that are indicated as available for licensing.  This new platform will facilitate the voluntary licensing, enabling patent owners who want to license their IP rights to connect with individuals and businesses who can turn those rights into solutions.

Balancing Trade Secret Protection in an Era of Transparency

Whereas the quid pro quo for a limited patent monopoly is an enabling disclosure, the precondition for trade secret protection is maintaining secrecy. Amidst the precedent set by Myriad and the current policy landscape, manufacturers of products ineligible for patent protection are faced with a dilemma – disclose their data and reap no financial reward, or keep their data a secret and take a stance firmly against public policy.

Recommendations for policy reform could be proposed in order to avoid this dilemma, such as requiring retroactive royalty payments and licensing agreements at the conclusion of the pandemic for the use of what would have been deemed a ‘trade secret.’ Additionally,  a voluntary trade secret pool could be created to collect scientific data to be shared among scientists and researchers.[4] However, as was evidenced through communication with Congressional staffers, radical reform is unlikely in the current political and economic climate.

A more realistic approach is for pharmaceutical and biotech companies to undertake a comprehensive intellectual property strategy, for both the short and long term. Companies must determine what information, processes, or the like, if not patentable, would give competitors an advantage if they had access to it. Companies should then consider their risk tolerance and financial ability to write off the disclosure of that information for the sake of public health. If their tolerance is low, they should consider what components would reap the greatest financial reward if kept secret, and what components contain only marginal benefit.  Non-Disclosure Agreements should also be utilized when appropriate to facilitate synergistic disclosures without rendering the information “public.”  Determining what a company needs in order to recover will often dictate that company’s level of tolerance for disclosure.

In sum, as a result of the Myriad decision and the unlikely prospect of patent reform in this Congressional term, the use of trade secrets cannot be overlooked as an alternative to patents for intellectual property protection.  The disconnect between the restricted scope of patentable subject matter and the federal push for data transparency places bioscience companies in a difficult position. Companies must form comprehensive intellectual property strategies to ensure financial recovery and an adequate incentive to continue to invest in biomedical innovation in the future.  Often, combining the use of patents for patent-eligible subject matter and trade secret protection for other inventive elements may be worth considering.  Meanwhile, policy-makers must be attentive to which methods of protection most successfully drive biomedical research innovation.

The comments presented herein may not be binding, and the law is changing quickly in this area.  This article does not address all legal issues associated with these topics.

[2] See also Mayo Collaborative Servs. v. Prometheus Labs., Inc. 566 U.S. 66, 77-78 (“If the law of nature is not patentable, then neither is a process reciting a law of nature, unless that process…is more than a drafting effort designed to monopolize the law of nature itself”).

Global Linear Feeders Market 2020 | Know the Companies List Could Potentially Benefit or Loose out From the Impact of...

SA union calls on resignation of Eskom management, board after COO Oberholzer exonerated