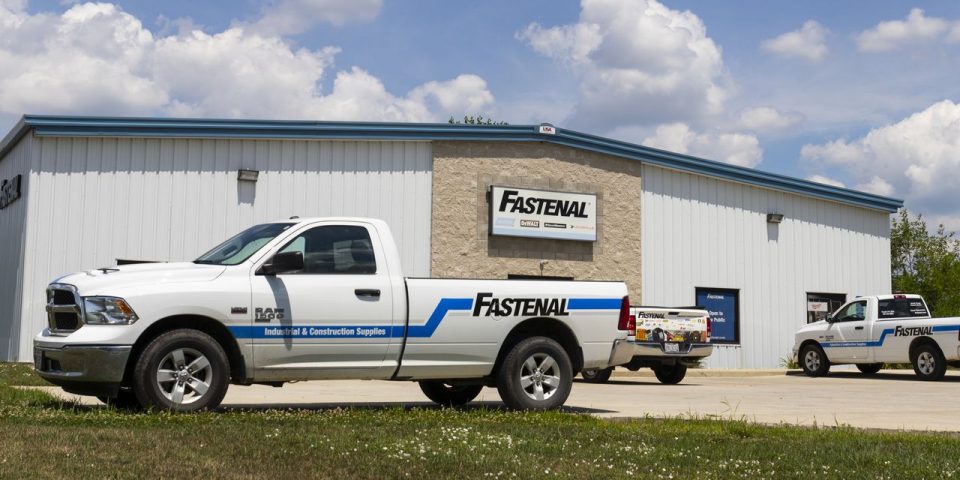 latest earnings report offers a window into a North American economy in the midst of a transition from the Covid-19 pandemic to what lies beyond. That includes a strong rebound, but also rising inflationary pressures that show little signs of abating just yet.

Fastenal (ticker: FAST) sells products largely used by large and small industrial, construction, and manufacturing companies in the U.S. and Canada—from nuts and bolts to adhesives to machinery. Its sales are a decent indicator of activity in the industrial economy and often serve as a preview of coming quarterly results from other industrial companies.

The Winona, Minn.-based company reported second-quarter results before Tuesday’s opening bell. The company said it earned 42 cents per share, or $240 million, on revenue of $1.5 billion. Those are about equal to what Fastenal reported for the same period last year and what Wall Street analysts had been forecasting on average. The company’s gross profit margin was a bit better than expected, at 46.5% versus the 45.8% consensus estimate.

The second quarter of 2020 was a strange one for Fastenal. The company saw soaring sales of personal protective equipment, cleaning products, and other pandemic-related goods, which offset declines in its other product lines as businesses put operations on pause during mandated lockdowns. Now, a year later, those two drivers have reversed.

Fastenal said in its release on Tuesday that sales to manufacturing and construction customers was up nearly 22% in the second quarter but that pandemic-related sales tumbled, down 39%. The result was the essentially flat top-line sales from the year-ago period, but with a different composition.

As in the broader economy, things are getting back to normal in Fastenal’s stores.

“There was, as expected, a falloff in the pandemic-related sales,” CEO
Daniel Florness
said on Tuesday morning’s earnings call. “Which is, frankly, a good thing.”

But with that rapid rebound in manufacturing and construction demand comes pressure on supply chains and higher material and labor costs. Fastenal said its employee-related expenses—about 70% of its total operating costs—were up close to 12% in the second quarter. Florness said on Tuesday that finding workers to fill open positions in many parts of the country was a challenge.

He also said that Fastenal is seeing higher prices from its product suppliers, which it has been managing by passing that along to its customers. “Price actions largely matched product cost increases,” Florness said.

And—exemplifying yet another big-picture trend—Fastenal saw a record share of its sales, about 42%, come from online orders. By necessity, everything became more digital during the pandemic last year. But now, even as the physical economy has largely reopened, those new habits aren’t just reverting to where they were in 2019. That’s as true for professional-oriented Fastenal as it is for consumer-focused

Every weekday evening we highlight the consequential market news of the day and explain what’s likely to matter tomorrow.

Investors, as always, are looking to what comes next. And Fastenal management warned that could include continued cost inflation and labor pressures that might weigh on profit margins—an impact that will likely be shared by industrial companies across the economy.

“We continue to experience significant cost inflation, particularly for steel, fuel, and transportation,” said Fastenal Chief Financial Officef Holden Lewis on the earnings call. “Given the rate of inflation, maintaining price cost parity will be a bigger challenge in the third quarter.”

Fastenal stock has returned about 11%, including dividends, since the start of 2021. That compares with year-to-date returns of 18% for the S&P 500 and 17% for the index’s industrials sector.

AI Success In The Supply Chain Depends On Human Augmentation