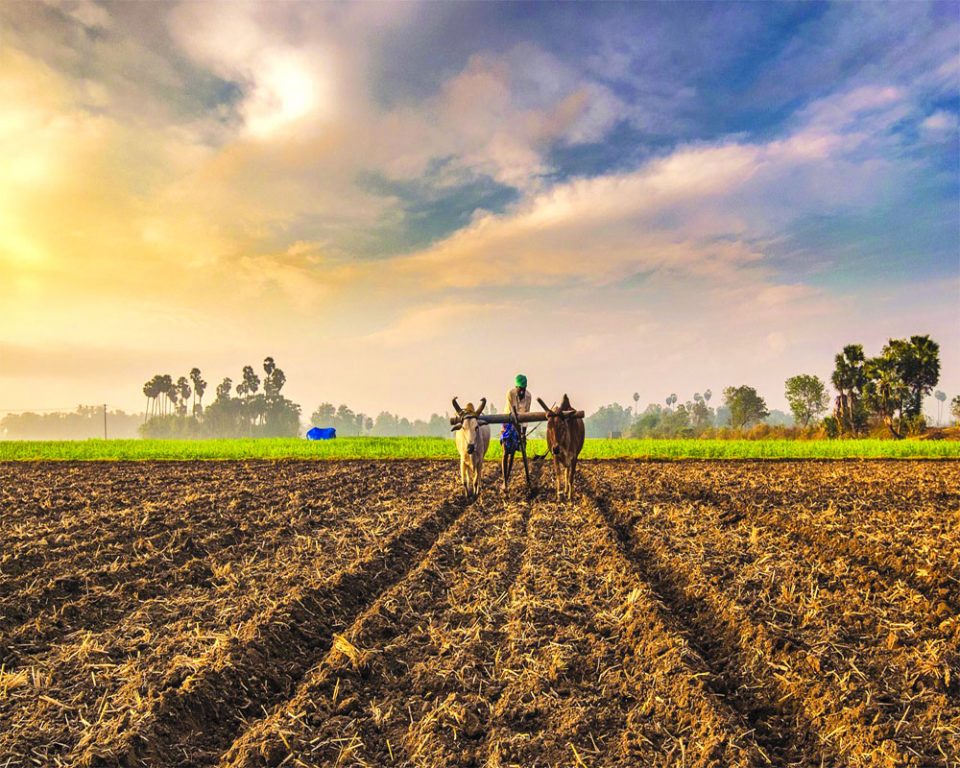 Instead of whipping up the esoteric phobia that the new farm laws will render APMCs redundant, the protesting State Governments should take this opportunity to make these sluggish bodies competitive for farmers by providing better services at lower prices

There are exigent issues in Indian agriculture. India, despite being the largest milk producer and second largest producer of food in the world, has just 2.3 per cent share in global export market, with low value addition. We process less than 10 per cent of agricultural produce and lose `90,000 crore rupees annually due to wastages. 44 per cent of Indian workforce is engaged in agriculture, contributing only 14 per cent to GDP — keeping these people tied in very low-income traps.

India’s agricultural productivity is drastically low even as compared to global counterparts like BRICS; at Chinese yield levels, India could nearly double its production or halve the amount of land devoted to cultivation — freeing up that land for other purposes. So far, the Government’s strategy to help the farmers has been to provide subsidies, especially the MSP and input subsidies. However, only 6 per cent of the farmers have benefitted from the fruits of MSP, which mostly happen to be the big farmers; farmers from only few States like —  Andhra Pradesh, Punjab and Haryana; and mainly for wheat and paddy. Another undesired offshoot of the MSP policy is the excess procurement of food grains by the Government — it has to procure 90 per cent of wheat from Punjab and Haryana — while 62,000 tonnes of food grains was damaged in FCI warehouses between 2011 and 2017.

At the time of independence, facing food deficit, we needed the targeted approach of MSP to increase the production of food grains. Currently, while having food surplus, we are suffering with the unsustainability of growing water intensive food crops at the lands ill-suited for them, owing also to free water and highly subsidised electricity, resulting in alarming fall of water table in certain States, especially Punjab and Haryana.

If agriculture is to be made profitable, a focus on productivity increase, crop diversification, exports and food processing is essential, while creating infrastructure for minimising losses.

Agriculture is a very high-risk enterprise, much more so for small and marginal farmers which form 86 per cent of Indian farmer community and possess land holdings of less than 2 hectares. It is difficult to make agriculture profitable for them because they are too small for the use of modern implements, suffer from high input cost due to lack of economies of scale, leading to low productivity. Only 40 per cent of them manage access to formal credit, with low penetration of crop insurance. Thus, bearing the brunt of vagaries of nature as well as market volatility of food crops, stuck in the debt trap of money-lenders; these farmers are pushed to suicide. In 2019 alone, around 10,000 farmers and farm labourers died by suicide.

The Ashok Dalwai Commission has also called productivity increase as the single most important factor in doubling the income of marginal farmer group.

In the recent policy initiative, the Government has adopted a two-pronged strategy: Contract farming and Farmer Producer Organisations (FPO). Contact farming will help the farmers, especially small and marginal farmers to access formal credit, modern implements, technical assistance, low cost inputs and assured price at the farm gate; thus, increasing crop productivity, avoiding wastage, shielding the farmer from pre and post-production risks. Another benefit of contract farming is selection of crops based on agro-climatic and soil condition of the area, making the agriculture sustainable.

FPOs are registered groups of local farmers — especially small and marginal ones — with a company like management structure. The function of FPOs is to help farmers in pre and post production operations from access to formal credit, inputs, technical assistance to primary processing, marketing, etc. They will also be well placed to negotiate over contract farming or private purchase of food produce with private players. They will be given monetary grant and credit guarantee by the Government to promote local produce. Government has also created Agriculture Infrastructure Fund (AIF) of Rs 1 lakh crore for creating post-harvest infrastructure, which will be mostly functional by providing interest subvention on such projects; and the Government intends to utilise this Fund through the FPOs.

It will have to be seen how much of this vision is actually implemented on the ground. The sustainability of the FPOs, post Government grant period, shall also be an area of concern.

Allegations of encroachment of State rights and federalism are also being made as the Central Government used the entry 33 of the Concurrent List to bring out the farm Acts. It would be interesting to note that none other than Prof MS Swaminathan, the biggest well-wisher of farmers’ rights in India, had recommended shifting agriculture to the Concurrent List and creation of a single Indian agriculture market in his report in 2006.

While the APMCs were formed for fair and transparent price discovery for farmers, they have failed and succumbed to cartelisation, while becoming highly politicised. In return to the mandi fee, the services provided to the farmers are abysmal — with no cold storage facility, no facility for grading, sorting, packaging of food produce. Before the onset of e-NAM, the pan India e-trading portal by the Central Government, and push for mandis to connect — most weren’t providing e-trading facilities. Ashok Gulati, an agricultural expert, has placed an important question in the public domain: instead of fearing the redundancy of APMCs, why don’t the State Governments take this opportunity to make them a competitive option for farmers by providing better services at lower price? In fact, we are seeing a trend to that effect –Karnataka has greatly reduced the mandi fee; Punjab and Haryana have reduced the mandi fee

for basmati by 50% or more. So, the future of APMCs is to become more efficient and effective and not be wrapped up, and States must work to that regard.

The reforms in agriculture have also created certain areas of potential hazard to farmer’s interests. As restriction for stocking up food is removed, it can lead to big retailers or corporates manipulate prices in the market, often to the disadvantage of the farmers. In contract farming also, corporates can dictate price to farmers and reject produce on the basis of quality, shape, size, colour, etc. Same fear of less negotiating power of farmers vis-à-vis big buyers, during sale of food produce even outside APMC, exists.

While capitalism has taught the world that competition improves quality of options, we are equally aware of tendencies of monopolies forming without any active oversight of State, rendering the competition neither free nor fair. Hence, an independent market regulator and dispute redressal forum (akin to TRAI and TDSAT) must be created for agricultural sector to check unfair practices by corporates and private players and protect the interests of farmers.

Further, if the farmers are to be truly free and agriculture to be made profitable and sustainable — there’s still no alternative to Government’s own work on the front of setting up cold chain for farmers in villages, implementing more irrigation projects, recharging of aquifers, greater push to extension services and primary processing at farms.

(The author is a public policy analyst and a lawyer, an alumnus of National Law University, Jodhpur)

What is Political Risk? – The Red (Team) Analysis Society

Fighting COVID-19 Is Like ‘Whack-A-Mole,’ Says Writer Who Warned Of A Pandemic

Apple is Attempting to move more of its Supply Chain to the U.S. starting with Chip Production if given Crucial...