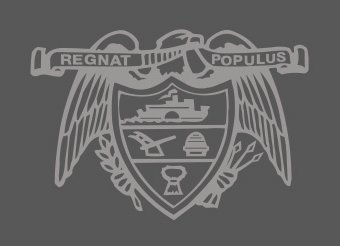 Arkansas’ efforts to build the manufacturing sector jumped off to a strong start this year, beginning 2021 the way it ended last year: demonstrating the ability to keep manufacturing jobs at home.

In a 90-day period, from Oct. 7 through Jan.4, four major manufacturing operations announced they would stay in Arkansas and forgo options to expand outside the state. For Arkansas, it means 700 advanced manufacturing jobs will be added in the coming years with investments of $190 million.

Last Monday, Hytrol Conveyor Company Inc. announced it would jump across the state to western Arkansas and create 250 jobs to meet customer demands fueled in part by the pandemic economy.

Gov. Asa Hutchinson pointed to the expansion of the Jonesboro-based company as another example of the state’s economic development successes during the pandemic.

“It was important for me to be here today to show that economic development continues to happen even during a pandemic,” the governor said in announcing the expansion last week. “We haven’t stopped and we continue to grow.”

In addition to Hytrol, Arkansas has kept three other large manufacturing expansions within the state’s borders in announcements made in the last quarter of 2020.

Revolution Plastics announced in October it would create 60 new production jobs in a $20 million expansion at the Port of Little Rock. In Jonesboro, Nice-Pak announced in November it was creating 300 new jobs as part of a $50 million expansion to produce more Wet Wipes and Nestle USA said last month it would invest $100 million and create 100 new jobs with a new manufacturing line for Hot Pockets.

Is manufacturing making a comeback after more than a decade of job losses?

Economic development officials are encouraged by the trend.

The expansions are “a signal that manufacturing continues to be a strong component of our economy here in Arkansas,” said Commerce Secretary Mike Preston, pointing out that the state has all the key elements to attract manufacturing jobs: low utility rates, available land and buildings, a diverse infrastructure providing highway, rail and water transportation and a well-trained workforce.

“Arkansas has a very favorable climate for manufacturing operations,” Preston added. “We hit all the points that manufacturers are looking for to be successful.”

Covid-19 continues to plague the manufacturing sector though it also is creating opportunities. A year ago, state economist Michael Pakko of the Arkansas Economic Development Institute was predicting a “modest resurgence” for the state’s manufacturing industry.

The spreading pandemic disrupted movement in that direction. Though Arkansas added more than 1,400 manufacturing jobs in November, overall sector employment is down by 14,700 jobs compared with November 2019.

Nevertheless, the four expansion announcements are a strong endorsement for Arkansas even though it is too early to predict a post-covid rebound for manufacturing, Pakko said last week.

“The fact that these companies are expanding operations within Arkansas, choosing to double down on their presence in the state, is an encouraging sign of their confidence in the business climate of the state and the economic future of Arkansas,” Pakko said.

“It’s a small but positive impact,” he said of the manufacturing announcements. “If it reflects the tip of the iceberg, that business conditions are such that we’re going to see more expansion in manufacturing in Arkansas, then that’s a good thing. But in and of itself, it’s not going to turn the state around.”

Hytrol, the nation’s largest conveyor manufacturer, was under a tight timeframe with a target to have new products coming off production lines beginning March 1 due to pressing demands from customers.

The company considered nearly every state in the southeast and looked west to Texas. Potential sites were narrowed to seven locations in four states and Hytrol executives visited three of the other states under consideration, Peacock said.

State and local officials assured the company that permits and other requirements would be approved in a timely manner and would not threaten the March 1 goal.

“That made a huge difference for us,” Peacock said. “Arkansas made it really easy to do business and everyone made it clear they would help us do what we needed to do. We didn’t have the confidence those other state and local governments were going to be as supportive of us as Arkansas was going to be.”

Product demand at Hytrol is fueled in part by the pandemic – the company’s customers, especially those who deliver products directly to homes or businesses, are seeing more requests for their offerings, pushing those businesses to expand and turn to Hytrol for its help with conveyor systems.

Likewise, officials with Nice-Pak and Nestle also cited the pandemic for increasing production. Nice-Pak is receiving more demand for its disinfecting wipes and Nestle is adding a production line to churn out Hot Pockets, an easy-to-make snack that also has a long shelf life for consumers.

At Hytrol, incoming orders last year increased by more than 20% above any other year and requests are still flooding in. “We take pride in delivering our product quicker than anyone in the industry,” Peacock said, noting the company delivers products in two weeks on most projects and within 10 weeks on major orders. That has doubled under current conditions.

Smart operators always find a way to move quickly when opportunities arise, according to Pakko. “That’s the beauty of our market system – when new opportunities do come along, there are businesses ready to take advantage of those,” he said.

With the need to move fast, Hytrol also needed to find a location with a trained workforce ready to step into their roles immediately.

Workforce training and development is critical to communities trying to land an expansion project, according to Tim Allen, president and chief executive officer of the Fort Smith Regional Chamber of Commerce, whose organization was successful in convincing Hytrol executives that the community was the right landing spot.

The western Arkansas community has taken a lead in training students as early as ninth grade to steer them on a career path tailored to their skills. And it is building the Peak Innovation Center, scheduled to open in August, with $14 million in funding provided by increased school millage that was approved by voters three years ago.

The center was important to Hytrol’s decision. “That will be major channel to develop the workforce that we need,” Peacock said. “Access to a trained workforce is one of the biggest drivers when looking to expand.”

Once opened, the Peak Innovation Center will graduate 300 workers with either an associate’s degree or certification to start jobs in the advanced manufacturing, health care and information technology sectors, according to Allen.

“The Peak Innovation Center can provide a career and a chance to be successful,” he said. “Those students can go directly into the workforce.”

Most major communities in the nation have the essentials needed to get the attention of expanding businesses, Allen said, pointing out that buildings and land, tax incentives and access to transportation systems is pretty common. Those elements, however, are just table stakes and don’t produce the winning hand.

“Those things are the minimum price of admission,” Allen said. “What tips the scales to finally win the project is showing the company that you can provide the workforce. Without a trained workforce, none of the rest of the stuff means anything.”