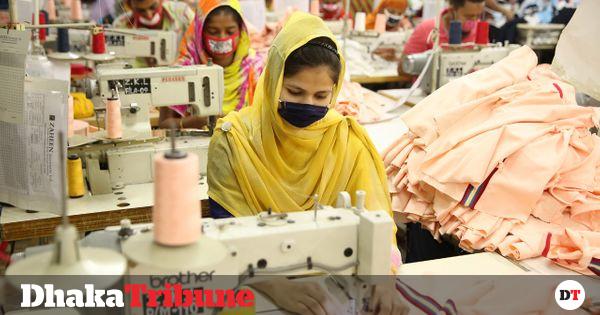 State Minister for Labour and Employment Begum Monnujan Sufian on Tuesday urged the factory owners to pay all the dues including salaries and Eid bonus of their workers within July 19 next.

She made the statement while addressing a meeting of the Tripartite Consultative Council (TCC) on readymade garment industry (RMG) at Shram Bhaban in the capital’s Bijayanagar area.

The state minister directed the field level officials of the Labour and Employment Ministry to motivate the workers who are aged 35 and above to get vaccinated under the mass vaccination campaign.

“Coronavirus vaccines will soon be given to the workers under the age of 35 on a priority basis,” she added.

Also Read – Workers take to streets for dues in Gazipur

The owners’ representatives said that almost cent percent salary for the month of June has already been paid to the factory workers.

Employers’ Federation Secretary General Farooq Ahmed were present, among others, on the occasion.