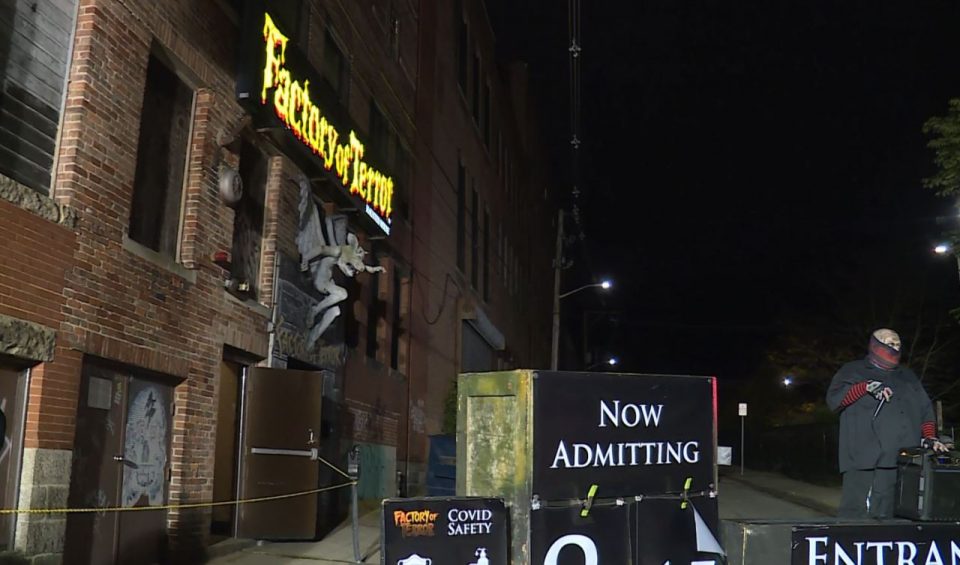 FALL RIVER, Mass. (WPRI) ─ For years, the Factory of Terror has had one goal: to scare.

But this year, they’re also making sure their guests are safe from COVID-19.

Back in September, Gov. Charlie Baker said haunted houses in Massachusetts, specifically those located in lower-risk communities, could reopen, so long as they implemented a series of safety protocols.

General Manager Nathan Araujo tells 12 News that since they opened on Oct. 9, everything has gone according to plan.

“It’s going very well so far, we’ve gotten a great response from our guests,” he said.

Araujo said the attraction may look a little different, but it still provides the same spooky experience it would any other year.

“All of our actors have been trained in safe ways to scare and we’ve added different types of scares that don’t involve actors,” he said.

While walking through, guests will notice plexiglass barriers between them and the staff members. There’s also signage to remind guests to wear their masks and stay at least six feet apart from one another.

Araujo said the Factor of Terror staff worked incredibly hard to make sure the show could go on as planned.

“We’re very happy to be able to open this year,” he said. “We started preparing for it quite some time ago. We wanted to be prepared for the time where we were approved and ready to open.”

“We were thankful the state was able to open up in lower-risk communities, which is really what allowed us to be able to reopen,” he continued.

Araujo said guests are required to buy tickets in advance this year to prevent crowds from forming at the entrance.

“It’s great to see families coming together doing what they typically would always do,” he said. “It’s been a rough six-to-eight months, so it’s good to have this normalcy and give people a safe way to go out and have fun during the Halloween season.”

Fire breaks out in factory in Karachi

Kind-hearted men and women of the shoe factory – Belfast – Waldo