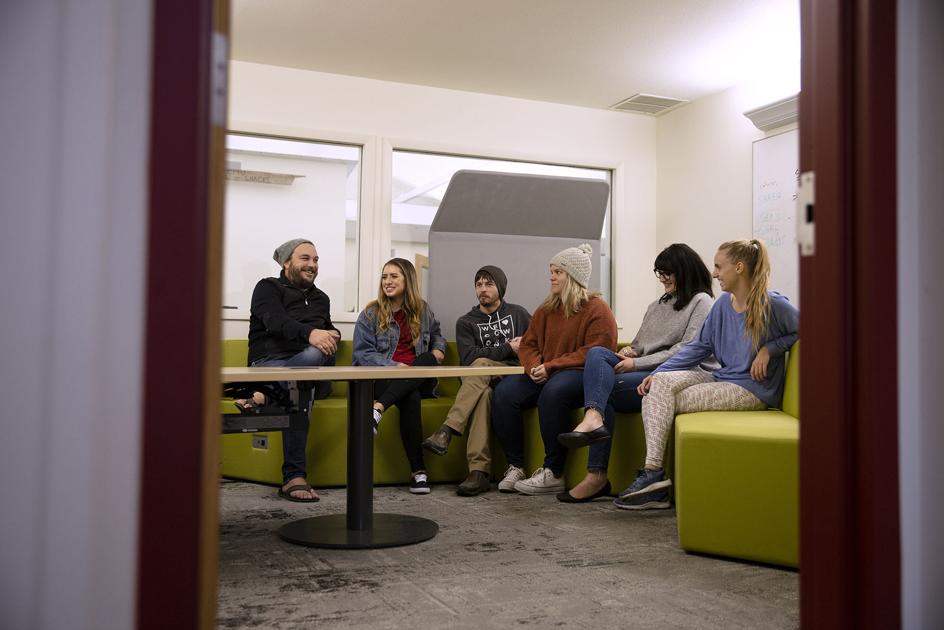 Grand Junction’s first coworking space will soon have a new home and a new partnership with Colorado Mesa University.

Factory coworking space spent its first three years on the main floor at the 750 Main building in downtown Grand Junction. But starting Dec. 2, it will operate out of the Maverick Innovation Center, 730 Mesa Ave., on the CMU campus.

“We were really excited to partner with the university,” said Allison Blevins, Chief Operating Officer for Proximity Space, the Montrose-based coworking software company that owns Factory.

Factory will hold its final “After Hours” networking event at 750 Main at 5:30 p.m. today and spend the week of Thanksgiving moving into its new space.

Blevins said the move will open up an opportunity to work with students and provide expertise from Proximity Space to the school. It could even open up employment opportunities for students. Students can use the center for up to four hours per month for free and also receive help on topics such as business development, design and hardware, among other things.

CMU Vice President of Intergovernmental and Community Affairs Derek Wagner worked closely with Factory as it looked for a new home and said the business is a great fit to help move the Innovation Center forward. “It’s really the next iteration to the Innovation Center,” Wagner said. “We’re focused on areas where we can help each other.”

The Maverick Innovation Center launched in 2015 as a place to build structured programs to teach entrepreneurial skills and connect students with business leaders in the community. It moved to its current location in January.

Wagner said this partnership with Factory is the first of its kind for the Innovation Center and one that can take the facility to a new height.

“I think it’s performed well. This is a chance to supercharge it and take it to the next level,” he said.

The space vacated by Factory at 750 Main will remain a coworking space, according to building owner Aaron Young.

Young said he was unable to reach a lease agreement with Factory, but heard from the community that there is still a need for public space downtown. After completing some improvements, the new coworking space — which will be called 750 Main — will open the first week of December.

“The public is welcome to come here as they did before,” Young said. “It’s a good sign that there are more coworking spaces.”

For more information on the new space, visit 750main.co/en.

In its three years of operation, Factory engaged nearly 1,600 community members through memberships or events. It’s also hosted 228 events, according to Blevins. Proximity Space also owns coworking facilities in Montrose and Ridgway. It also provides software for multiple other coworking spaces in the Grand Valley and around the world.

“I think it’s a cool thing,” Wagner said of the partnership with Factory. “It’s really going to help bring a positive vibe and good partnership into the building.”