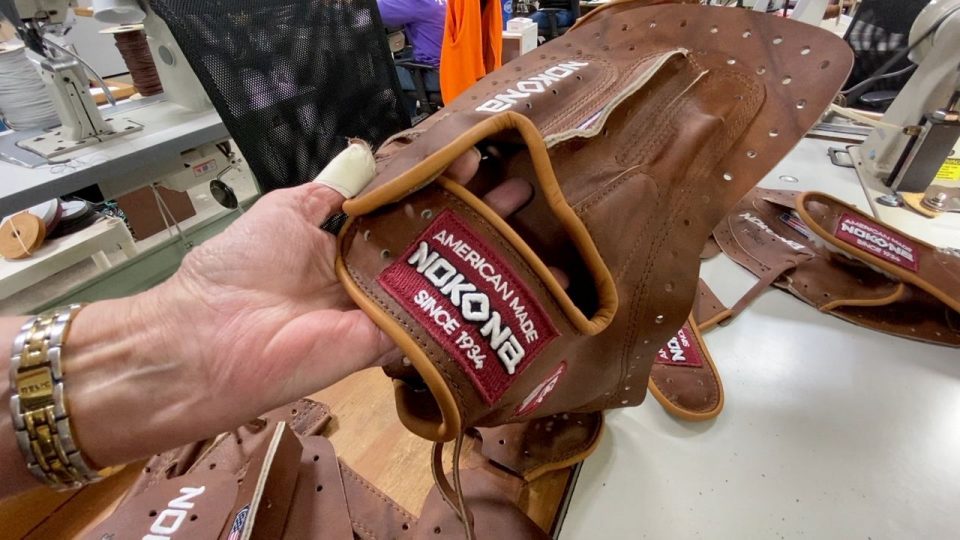 TEXAS – Less than a two-hour drive north of Dallas you can find the small city of Nocona, Texas. The community of 3,000 is the home to the Nokona baseball glove factory – the nation’s only baseball glove maker in continuous operation for more than eight decades.

Inside the bustling building you’re greeted with the smell of leather, loud machinery, and dozens of artisans making sure things run smoothly at one of the last factories of its kind in the country. 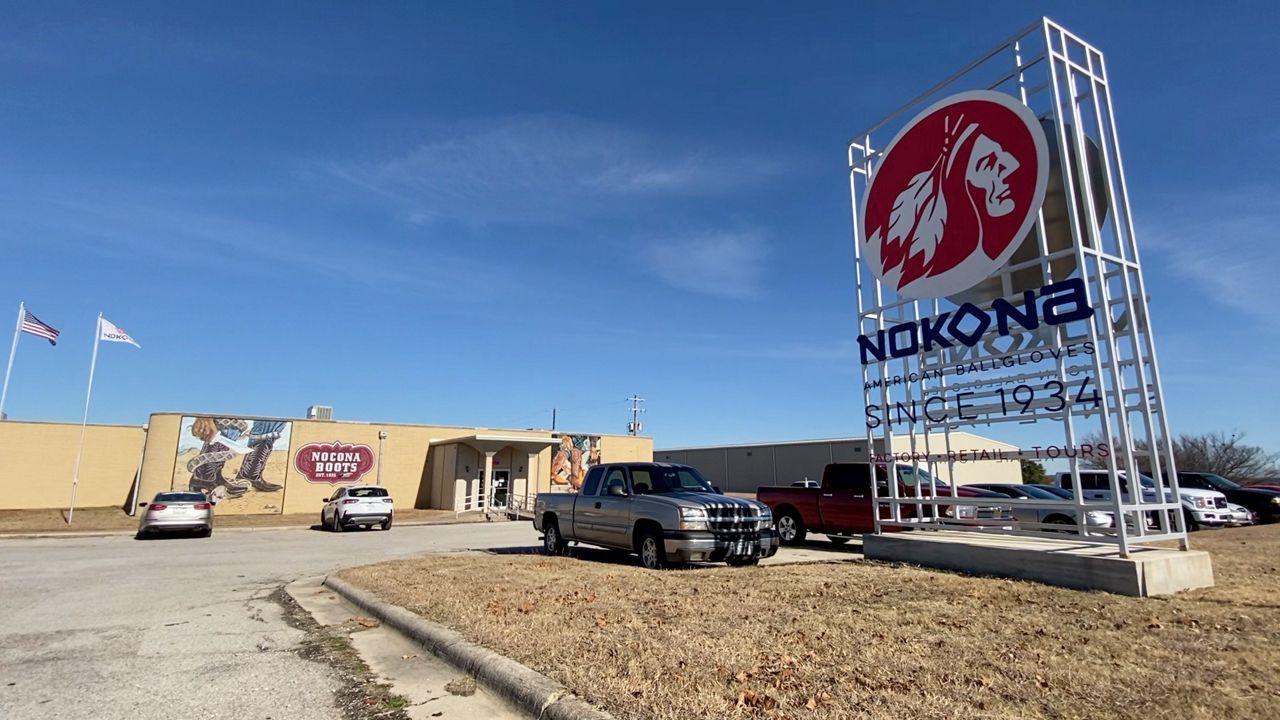 “You’re not doing your job if you don’t smash your finger,” says Malinda Reynolds, Nokona’s production supervisor, referring to the hands-on nature of the different jobs required to make a ball glove.

For the last four decades, Reynolds has called Nokona her second home, but she’s not talking about the town. The brand pays homage to Native American Comanche Chief Peta Nocona. At its start, the company couldn’t legally use the city’s spelling, so the family changed one letter to still be able to honor the namesake. 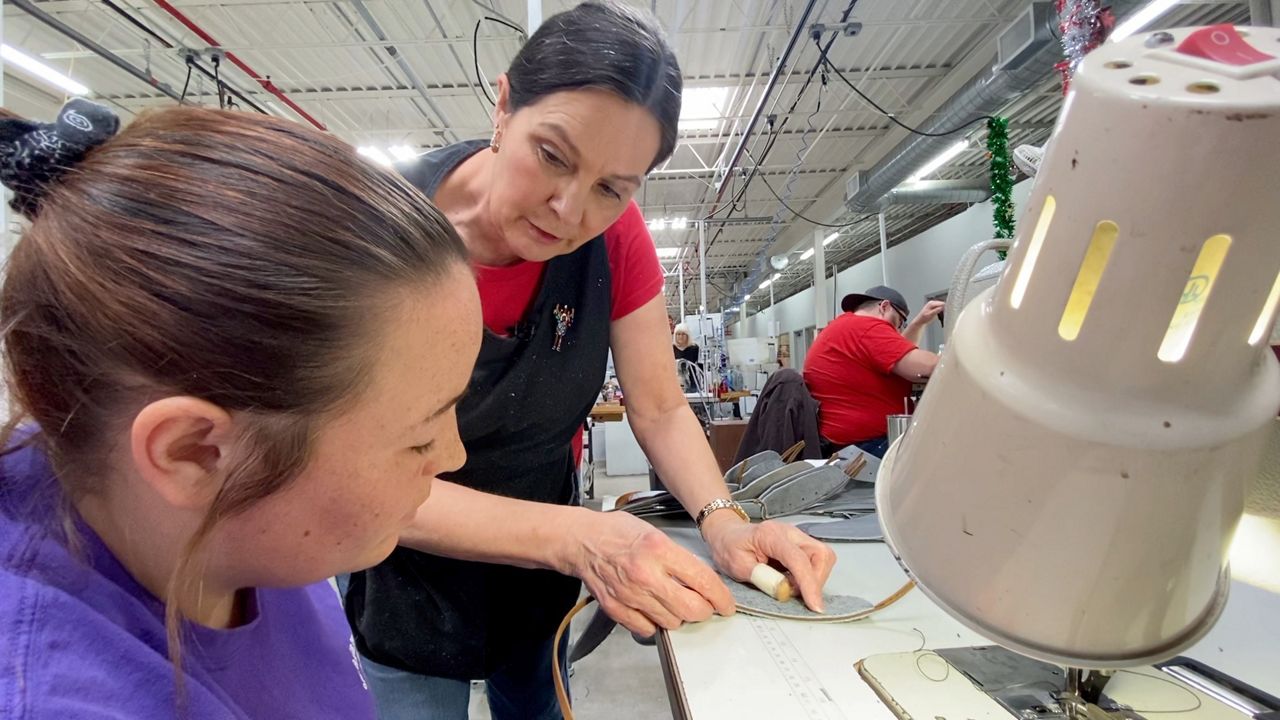 As a teenager, working at the factory was Reynolds’ first job. She says it took her a while to learn the ropes, but now, at 61, she’s the boss, supervising the production of the company’s 86-year glove-making tradition

“I’ve always enjoyed my job – I guess that’s why I stayed with it. I was 17 when I started and it was like one big family, my co-workers were my mother, aunt, and sisters, and we just grew up together here in this factory,” she said.

To those under her guidance, she’s a teacher above all else instructing new employees on the art of stitching a famous Nokona ball glove. Every glove is assembled by hand, with more than 20 individual pieces of leather bound together during a 40-step process.

Reynolds is responsible for the more than 30 people working on any given day with the common goal of making at least 100 gloves a day.

She’s always loved baseball and, in her youth, she was known for her ability to get rid of the ball quickly while covering second base.

“One of the first things I did was get a glove for us to play with. I guess that’s where I get the pride, because I got to make my own glove and you know got to use it,” she said.

Over the years, one person who appreciates Reynold’s pride in perfection is Rob Storey. His grandfather started selling baseball gloves in 1934 and now he’s Nokona’s executive vice president. 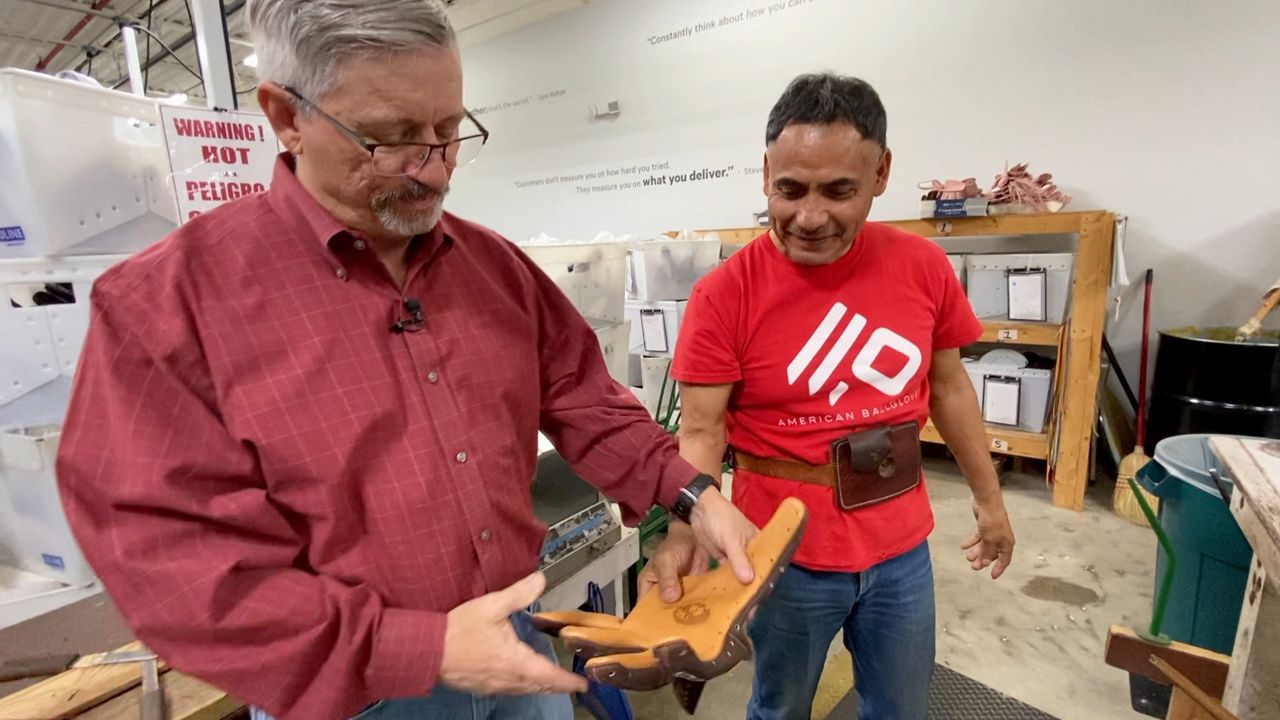 “Back in the 1960s when most of our competitors were going to Asia to build or Baldwin’s over there – my grandad was probably 60 at the time – and he said, ‘I don’t want to do that. If I’m going to have to tell all my people they don’t have a job anymore, just so that I can make an extra buck, I’m just going to quit. Take a bucket of worms and go fishing,’” said Storey.

That decision to not import Nokonas set a path for the company that forced them to persevere. Storey says if they moved production overseas like their competitors, maximizing the company’s growth would be easy.

However, he believes the homegrown business has a competitive advantage over those who have decided to move their production overseas.

“The people here in this factory love the game of baseball. Our big competitors have people who have never seen a ballgame in person. That’s what makes our gloves better – it’s the passion behind the production,” he said.

Like Reynolds, many of his employees have been with the company for decades.

Reynolds mirrors that feeling. She says Nokona offers its customers the kind of service you can’t get from bigger businesses who don’t operate in the United States. 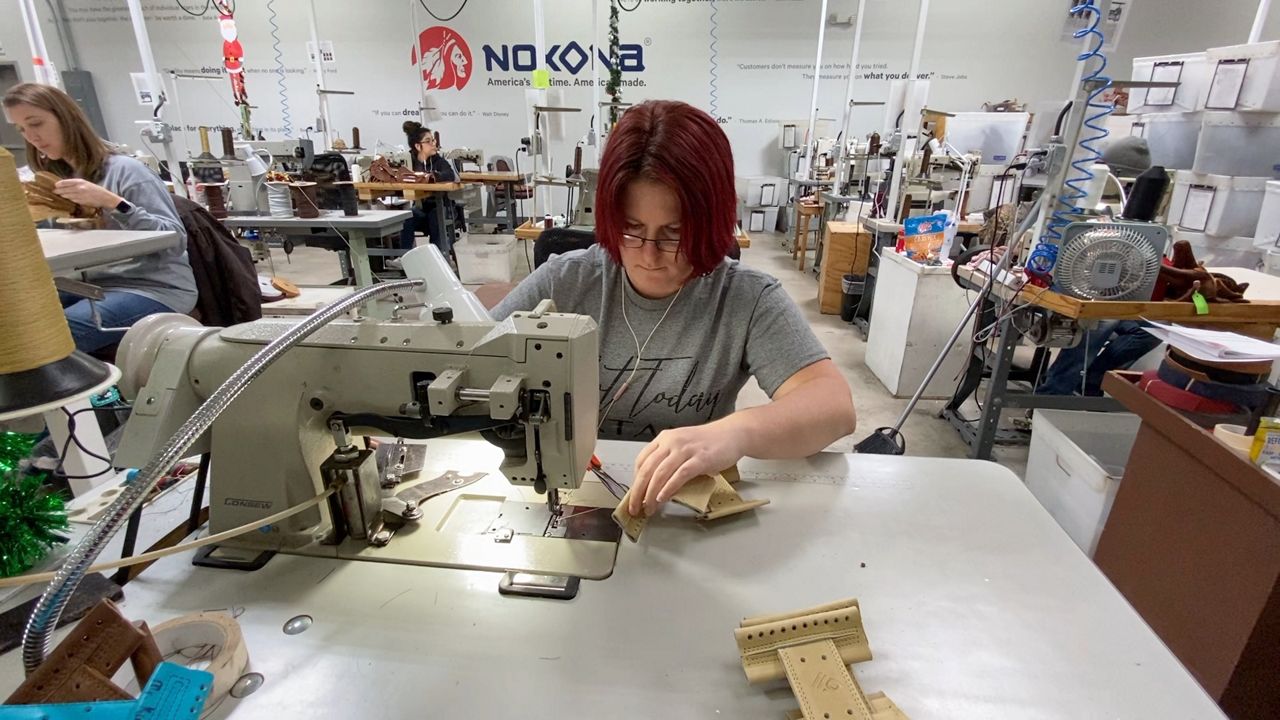 “A lot of people send in an old glove, saying ‘Look, I found my grandpa’s glove, and I’d like to have it restored.’ And we can do that for them. And then that gives you a happy feeling you’re getting the generations and now the last generation, then you just keep it going once you take care of the leather,” she said.

A custom Nokona glove ranges from $400 up to $1,500 and their standard models are sold at more than a thousand retail stores nationwide.

If you have an interesting story or an issue you’d like to see covered, let us know about it. Share your ideas with DFW reporter Lupe Zapata: Lupe.Zapata@Charter.com

“It is time to take control of your supply chain”

35 Dead In Fire At Factory In Delhi, 30 Fire Trucks At Site