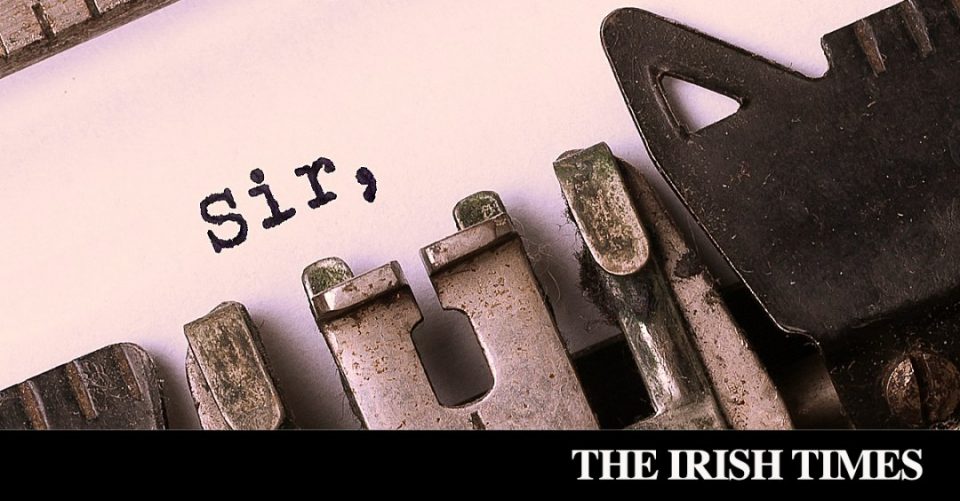 Sir, – We are living through a coronavirus pandemic that has its origins in a wild animal virus that managed to find a route into the human body. Wild animals host a wide range of viruses. In normal times, these viruses do not trouble the human population. But these are not normal times; this is the era of factory farming, in which vast numbers of immuno-compromised animals are raised in unnatural and highly stressful surroundings. We know that packing huge numbers of animals together in confined quarters breeds lethal disease, yet regulatory authorities across the globe, including here in Ireland, continue to grant planning permission for ever-larger units; units so large that up to 100,000 birds can be raised in one shed. With tens of billions of animals crammed into these industrial units, it is only a matter of time before another serious zoonotic event occurs.

In the past few weeks, India has begun culling tens of thousands of poultry birds after wild geese, crows and ducks across the country tested positive for avian flu. Meanwhile, 600,000 birds are being slaughtered in France in an effort to prevent the spread of the avian flu infecting duck flocks in part of the country. And closer to home, 110,000 birds have been slaughtered in Northern Ireland in the past week as part of a government-led response to the spread of the virus.

Many experts believe that factory farms – recognised breeding grounds for disease – pose the biggest threat of all to the human population of the planet. They should be phased out as a matter of urgency. We could get the ball rolling here in Ireland and lead the way for a change. – Yours, etc,