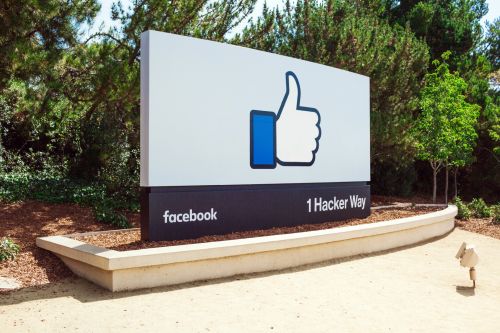 With wildfires burning north, south and east of its Menlo Park, California headquarters, Facebook on Monday announced it will expand its emissions-reductions goals, encompassing not only emissions from its own operations but also those produced by its suppliers.

The social networking corporation expects to eliminate or offset all of its own emissions this year, while completely decarbonizing its supply chain by 2030.

Because many companies’ largest emissions burden comes from suppliers and customers, the latest goal is more aggressive than the one Facebook launched in 2018. Two years ago, Facebook — one of the 50 largest public companies in the world — pledged to reduce greenhouse gas emissions from its own operations 75 percent below 2017 levels. In that year, Facebook’s emissions were 616,000 metric tonnes, equivalent to the emissions from about 133,000 cars driven for one year, according to the Environmental Protection Agency’s GHG equivalency calculator.

Under its new target, Facebook will have to help partners, like those who build its data centers and help manufacture the hardware that goes into them, analyze and clean up their own operations.

Much of Facebook’s existing progress is due to its growing procurements of renewable energy; Facebook expects to buy enough renewable energy in 2020 to offset all of the power used at its buildings and data centers. The company plans to tackle its new target in much the same way as its 75 percent emissions reduction goal: through energy efficiency and the buildout of renewables. The corporation currently has 5.4 gigawatts of renewables under contract, including 2 GW already online.

Facebook’s use of carbon offsets

Carbon offsets will also play a role, said Palmieri, though Facebook has not established how significant that role will be. For emissions from Facebook’s own operations and electricity usage, the company is likely to fill any gap in carbon reductions — Palmieri offers examples like natural gas stoves in its kitchens or the backup emergency systems used at its data centers — with “natural-based solutions” such as regenerative agriculture or reforestation.

In the longer-term, Facebook said it would consider other carbon reduction technologies, including the possibility for carbon removal.

“There will be some amount of carbon that we weren’t able to reduce or eliminate by the time we hit 2030,” said Palmieri. “We’re hoping to drive up efficiency and drive down the carbon as much as possible, first and foremost, so that there’s as little left as possible to eliminate and remove.”

Alongside its emissions commitments, Facebook said it would continue efforts to fact-check and reduce the proliferation of climate misinformation on its platform. The company will also launch a portal with accurate scientific information on climate change, called the Climate Science Information Center, modeled after a similar effort tied to the COVID-19 pandemic.

That initiative comes in response to pressure from climate activists and high-profile figures, including Senator Elizabeth Warren and former Georgia gubernatorial candidate Stacey Abrams, who have urged Facebook to strengthen its fact-checking procedures on climate information. This summer, Facebook faced criticism for labelling some inaccurate climate content as “opinion.” Facebook does not fact-check opinions on its site, but the company says “content presented as opinion but based on underlying false information may still be eligible” for fact-checking.

Corporations are increasingly facing pushback on climate change from outside the organization and within their ranks. That trend, alongside cheaper renewables, is pushing companies to wring carbon emissions out of their operations. On Monday, Google announced that renewable energy will power its operations 24/7 by 2030 (Facebook’s goal on the other hand, matches renewable energy with overall consumption).

“We certainly want to stand for the idea that climate change is urgent,” said Palmieri.