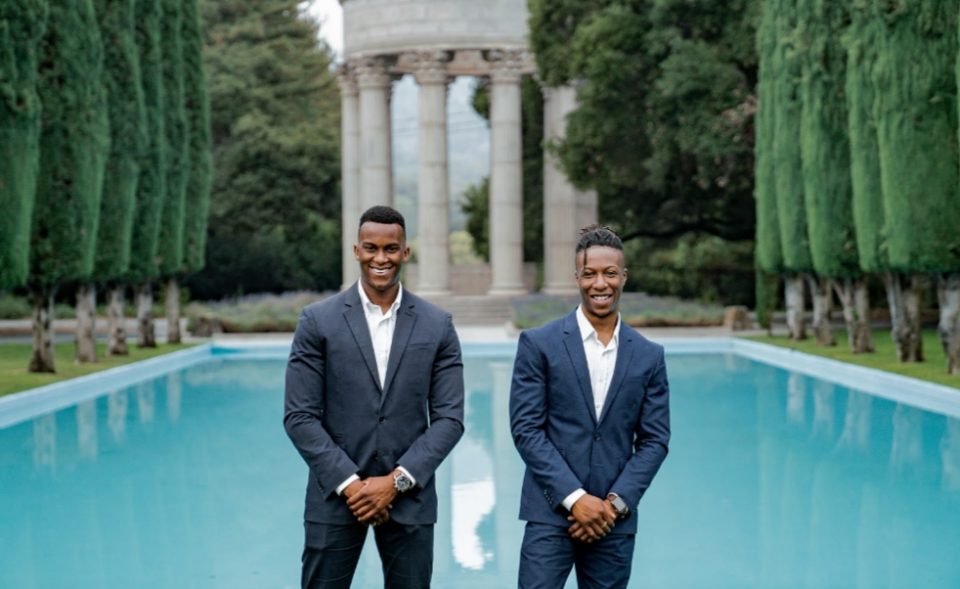 David Iya and Joshua Nzewi are childhood friends, and up until they got into the university, they ran a couple of businesses together.

In 2016, Nzewi got a job as a reservoir engineer at Shell, an oil and gas multinational, while Iya became a software engineer working with two US-based Internet companies.

One day, Iya called Nzewi telling him about a business opportunity he had in mind: buying used phones locally and selling them online.

Having run businesses before, it didn’t take long for the friends to start another.

The used smartphone market, currently valued at $46 billion, is said to be growing 13% year-on-year. According to the International Data Corporation (IDC), used smartphone shipments will exceed 330 million units with a market value of $67 billion by 2023.

Here’s how these shipments move.

Ben lives in the UK and uses an iPhone X. However, he’s tired of it, so he walks into a carrier store and drops it off. The carrier store then auctions the X and other phones that have been dropped off to wholesalers.

The wholesalers are tasked with the responsibility of effective distribution to those who need them. And this is why weeks later, Tobi buys that iPhone X in Nigeria for less than its original cost.

Starting as wholesalers themselves in 2017, they began trading phones to customers in some US cities.

However, for the next two and a half years, Iya and Nzewi realised that the used smartphone market had more issues than they thought.

The channels used to source and resell these smartphones was very informal as the majority of deals were closed in social media groups, and there was hardly any price transparency.

They discovered that the price transparency problem wasn’t unique to the
US; it also existed overseas. As a result, they broadened their horizons and began trading used phones outside the US.

In January 2020, they formerly launched Eze Wholesale as a commodity exchange for used smartphones.

“We created this online marketplace that will enable people to transact faster with more security and transparency, and much more efficiently than what people are currently trading now,” Nzewi says to Techpoint Africa.

According to him, poor distribution channels and networks make it difficult for a lot of wholesalers to sell these devices that they get via various means.

As a B2B platform, Eze Wholesale allows traders to place, buy, and sell used smartphones. Sellers can post the devices they have in stock, and then buyers can buy directly from them via the platform.

By connecting both parties with compatible bids and executing the trade, what Eze is trying to do is open up the market and reduce the number of middlemen.

Because of inefficiencies in how smartphones are traded, the CEO says between seven to nine people will touch a device before it is sold to the end consumer.

“That’s a lot of value lost along that supply chain, and we want to reduce that as much as possible.”

On the buyers’ end, consumers are wary of buying used phones because of the risk involved.

Typically, wholesalers demand full payment upfront when they make transactions. This leaves little protection and room for the buyer to dispute a transaction.

“There’s a lot of fraud in the space; some wholesalers would say ‘I have devices, wire me upfront, and I’ll send you the phones.’ But when you wire the money, you never receive any device. It’s a recurring problem in the space. We see people who get scammed almost weekly and lose thousands of dollars.”

To mitigate this situation, Eze Wholesale operates an escrow system to handle payments and limit fraud.

But what happens when there is an oversight and Eze Wholesale sends the buyer a faulty phone?

Nzewi tells us that all the sellers on the platform have a 30-day warranty.

“If the device sent to the buyer has a problem that both Eze Wholesale and the seller missed, which is rare, the buyer has 30 days, to return the device and get a replacement or a full refund,” he adds.

Although Nzewi won’t state a figure, he says Eze Wholesale takes a cut from each transaction done on the platform. And in the last 12 months, the startup has processed $10 million worth of devices.

In March this year, the 19-man team got accepted into US-based accelerator, Y Combinator. Raising $150,000 in the process, Nzewi says YC helped businesswise by showing the founders the customers they needed to focus on.

One of such customers is the Nigerian phone wholesaler and buyer. Although Nzewi likes to think of Eze Wholesale as a global product due to its presence in markets like Dubai, Hong Kong, Mexico, and Ukraine, he believes one of the platform’s biggest markets will be Nigeria in the long run.

“From building businesses in Nigeria, we know how much a smartphone impacts the average Nigerian’s life. The Nigerian market for us is huge and is one of the ripe opportunities for us.”

For context, Nzewi co-founded YC-backed Releaf Group — an agritech supply chain startup — in 2015 with his brother, Ikenna, who is CEO.

However, it hasn’t been an entirely smooth ride for the startup trying to navigate the West African market.

“The biggest problem we’ve encountered is trust. When we started reaching out to customers in Nigeria, they were asking questions like ‘Why should we trust you?’ ‘How are we sure that you’re not trying to scam us?’” says Nzewi.

The company is trying to solve this by making sample orders with these businesses, in other words, engaging in small transactions where there isn’t much risk.

For instance, Eze Wholesale can help a potential customer sell two phones for them to get a sense of how they operate and to get conversant with the communicated transaction timeline before managing dozens or truckloads.

However, the trust issues aren’t just peculiar to Nigeria. It’s a pattern the company has noticed in most of its markets but “it’s something that we need to work to overcome especially if we want to make headway on the plans that we have,” he adds.

Asides this, the currency fluctuation and logistics issues plaguing the country are also problems. However, Nzewi remains optimistic, and he trusts the company to innovate around that.

For him, after gaining market share in Nigeria, the focus is to serve other African markets particularly Ghana and South Africa. To accomplish that, Eze Wholesale is currently in the process of closing a round with some of its strategic investors from Asia and even Nigeria.

Report: Millionaire West African startups” raised over $1.806 billion between 2010 and 2019, 97.9% of which went to Nigerian startups. Get a free overview and 50% purchase discount here.

NEW EPISODE OUT! Built in Africa, a podcast by Techpoint Africa

Tiffany Announces Virtual Special Stockholder Meeting to Vote on Amended and Restated Merger Agreement With LVMH to Take Place on...

Local Eats: Jackson Candy & Fudge Factory is like stepping back in time