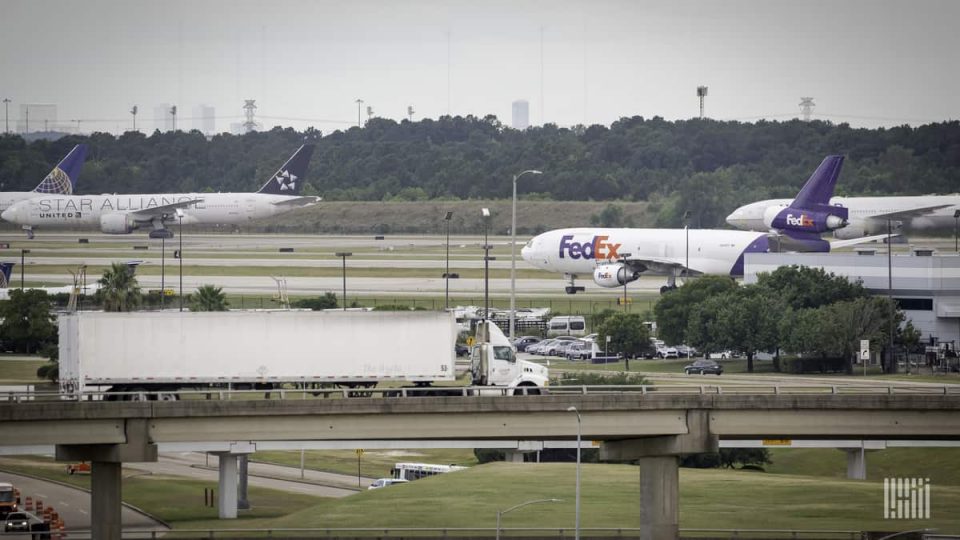 Expeditors International posted a significant increase in net earnings, well above consensus, by keeping its costs in check as volumes mostly fell.

The mostly air and ocean freight 3PL posted net earnings of $1.12 per share, up 22% from the third quarter of last year and 13 cents more than the Wall Street consensus, according to SeekingAlpha.

Revenues of $2.46 billion were up 19% from a year earlier. But Expeditors was able to produce a larger increase in net income by keeping salaries and other operating expenses to a 3% increase over last year, rising to $482.4 million.

The revenue total was $70 million more than consensus, according to SeekingAlpha.

The increased revenue came even as shipments measured by weight fell for the quarter and were higher than last year only in September. July airfreight, measured in kilos, was down 12% from last year; ocean freight, measured in forty-foot equivalent units (FEUs), was down 13%. In August, the declines were 5% for both categories. September’s arrows were pointing green with a 2% increase for airfreight and 5% for ocean freight.

For the quarter, the overall decline in freight tonnage was 5% for both categories.

There was healthy demand for airfreight, according to Jeffrey Musser, the company’s president and CEO. But getting capacity was not always possible.

“The pandemic caused an increase in demand for certain goods at the same time that air capacity remained tight due to travel restrictions and the limited schedule of domestic and international passenger flights,” Musser said in the prepared statement that accompanied the earnings release. “This caused continued imbalances between carrier capacity and demand, principally on exports out of North Asia, which was the only market in which air volumes increased during the third quarter.”

Musser said Expeditors turned to “charter capacity” at times when regularly scheduled capacity couldn’t be secured. Rates for air pricing were mostly lower in the third quarter compared to the second quarter but were still “historically elevated” and “highly unpredictable.” Until passenger traffic gets back to some semblance of normalcy, Musser said, that volatility is likely to remain.

On the high seas, Musser said capacity constraints were not as severe as in the air. “Carriers remain disciplined and are carefully managing capacity even as volumes have increased from the lows we saw earlier in this pandemic,” he said. Most of the company’s products “experienced a steady recovery in demand as shippers adjusted to an altered marketplace and disrupted supply chains.”

Expeditors is a “dividend aristocrat,” defined as a company that has increased its dividend annually for 25 years. According to this compilation of dividend aristocrats from The Motley Fool, Expeditors joined the list this year. It is the only pure-play logistics company on the list.

Rand McNally, despite reports, is profitable and thriving: company chairman